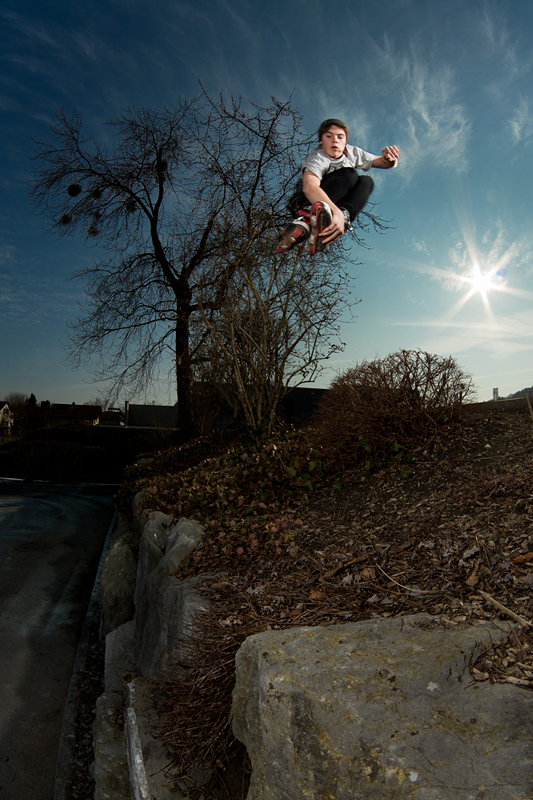 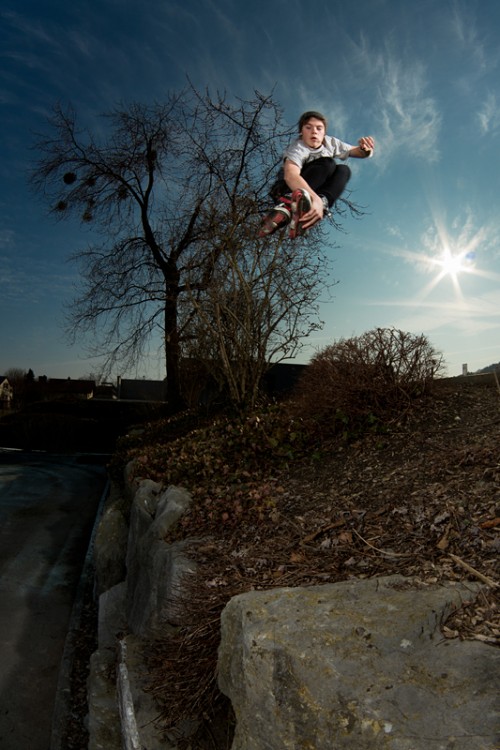 I hate it when Michael Witzemann says that he just wants to ‘test the run-up’ and then nails the trick perfectly first try and I am not finished building up. Never believe him if he tells you that he is ‘just testing the run-up’ because he can spontanousely decide to not mind the bad run-up, the narrow strip of good concrete in the landing, the curb and the dirt he had to jump over, and just go for it. But it’s not too bad as he is always willing to do the trick a second time for the shot.