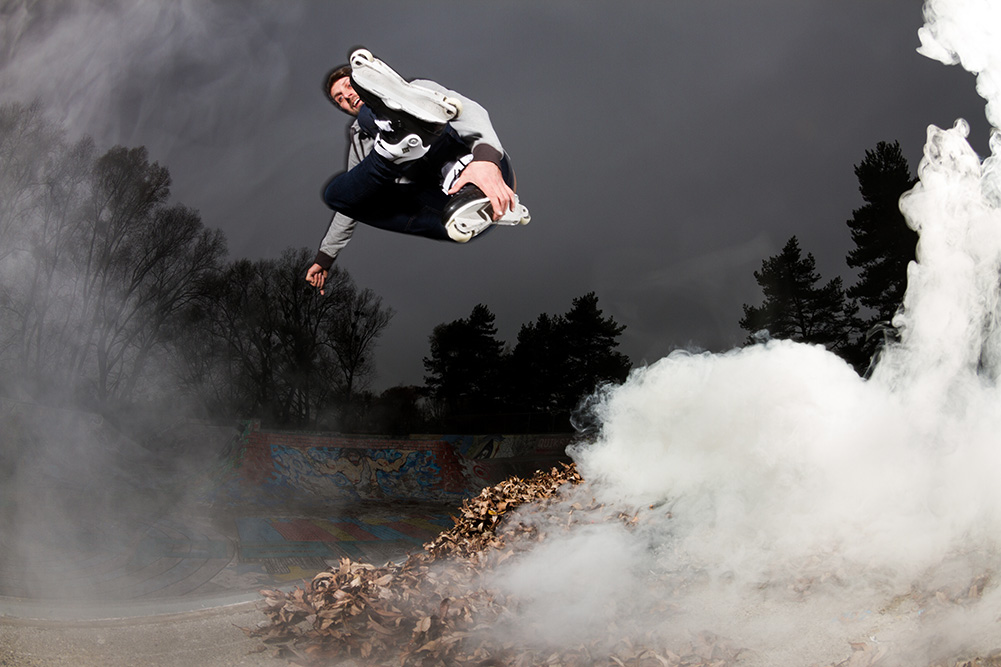 Sebastian Dreysse and I have been shooting quite a bit lately. He came back from Asia where he made some new friends. Lo Chun Yong was one of them, and he sent a few sets of wheels from his new company Conspiracy Theory to test and shoot some photos. He also got his hands on some brand new Franky’s, and so motivation was runnig high.

We decided to try to get some shots with fire at the skatepark in Hard. The first difficult task was to set the wet leaves on fire, which did not really work out. As you can see we only got a lot of smoke out of the leaves. Shooting through the thick smoke was the next difficulty. The trick, the timing, and the wind had to work together perfectly, and so most of the photos did not look very good. Most of the time, parts of Sebastians body were completely covered with smoke.

After half an hour of shooting we decided to leave before someone called the fire brigade.