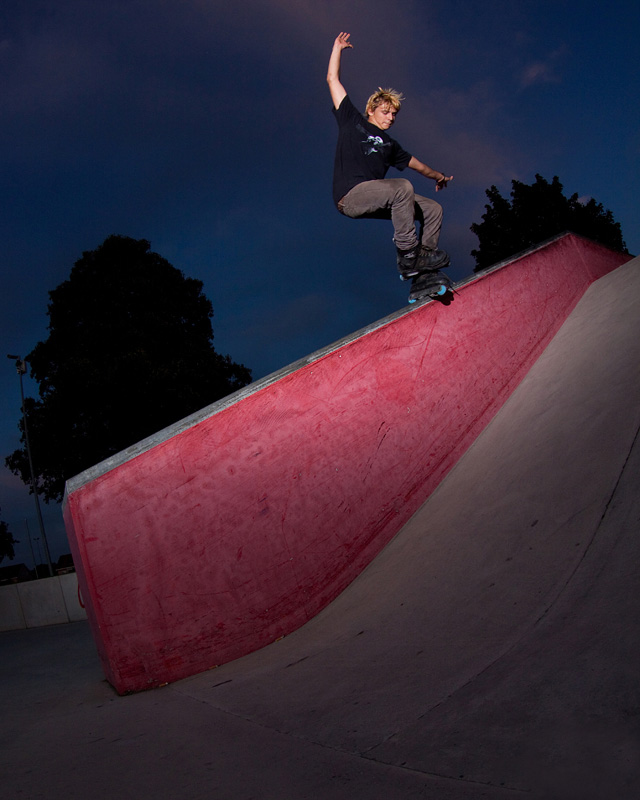 Martin Walchshofer is on a mission to promote Nimh in Austria and the neighboring countries. Here he busts out his signature trick in one of Switzerland’s many great concrete parks, a shot we were able to get right before it got too dark to see anything. There were loads of kids driving like crazy through the skatepark on their bicycles. So this needed some teamwork. I was happy that I had my human flash holders, aka Tim Helbock and Flo Koch, right at hand. — Lui Summer