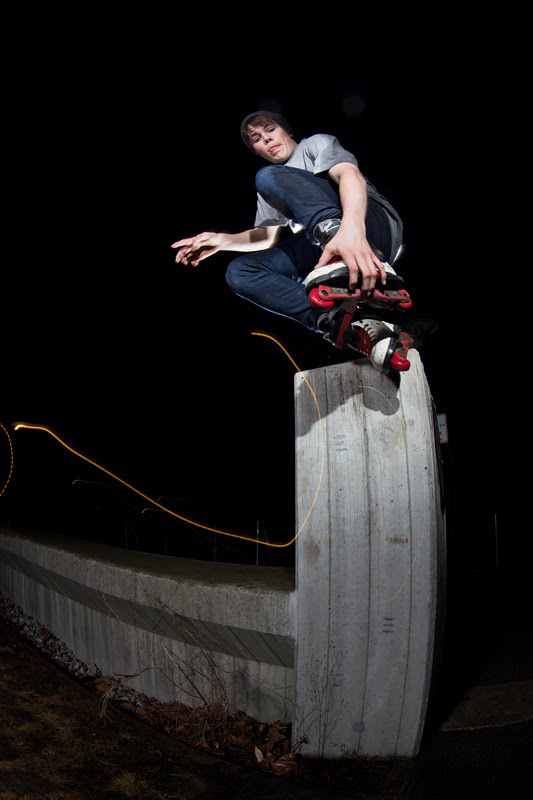 This was our first attempt to get a blading photo after the snow finally melted. As soon as we arrived at the first spot it started to rain, so we decided to go spot scouting instead. Shortly after sunset we found a spot we thought was dry enough to skate. Unfortunately, it got dark way too fast and we didn’t have a chance to try out everything we wanted due to the missing streetlights. After a gnarly bail we decided to go for a final attempt. This time the trick was landed clean so we were able to use the shots we got.