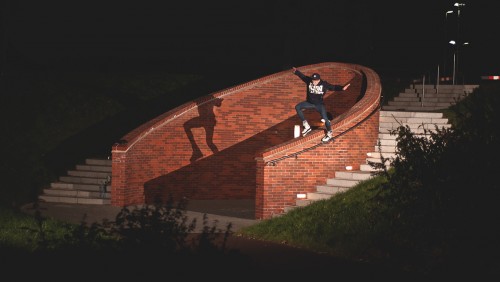 Okay, so this one is an oldie. I’ve sat on this image since October of 2011! The reason behind the wait? It’s all down to the guy in the photo, James Pearce.

He’s recently dropped the edit that he had been filming for during the time this snap was taken. Wanting to keep some material I shot of him under wraps until it dropped was the original plan, but for various reasons it never happened. So here it is, a Topside Toe roll at Birmingham University, way back in 2011. Dusted off in the hope that I can spread his killer edit just a little further.