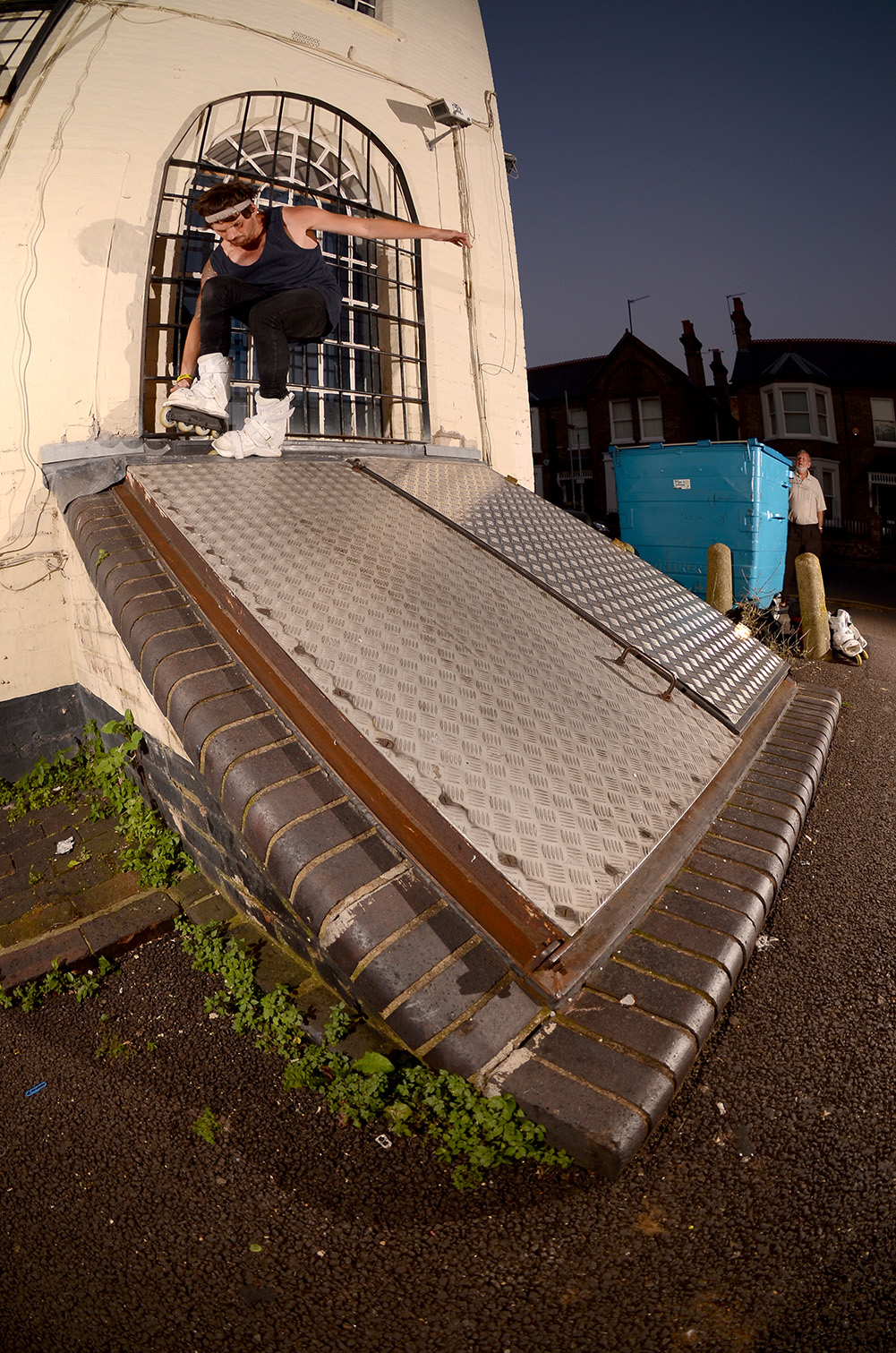 This was one of those days where you go out and get stuff done, and enjoy it. They don’t happen all that often but when they do, you remember them. Rolling around on our big wheels last summer gave Sam and I the opportunity to explore Cambridge in a way we never had before, and we made the most of it every time we rolled together — exploring everything and spot hunting like mad. Long days just cruising around were interspersed with days hammering out clips and photos like this one here. This photo was taken at the end of a long, hot, freaking awesome summer’s day just as the sun was setting at a newly discovered spot. Sam had a few admirers as he rolled up to this fishbrain. Hopefully he gave them a good show and something to talk about on their walk home, ha ha. — Zak Buys