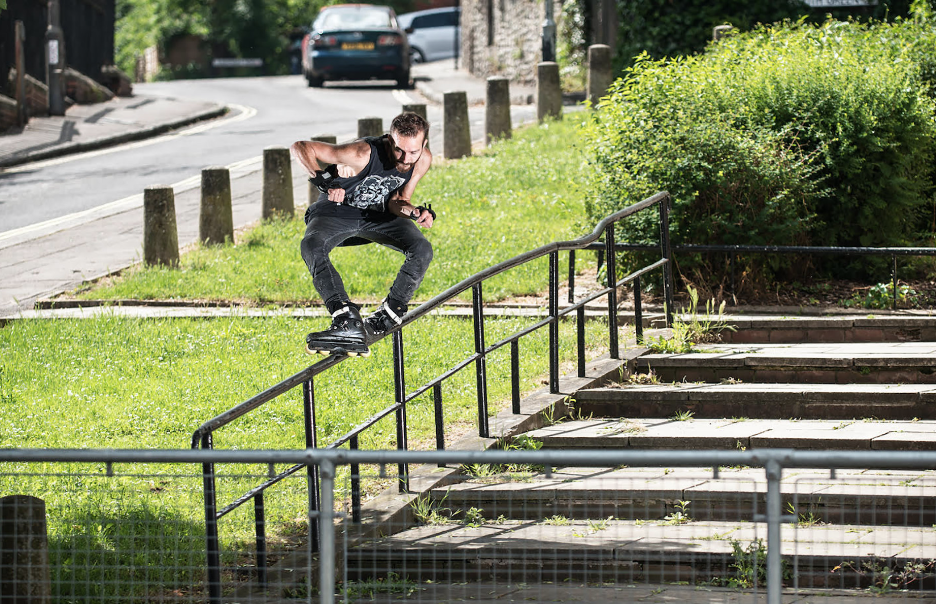 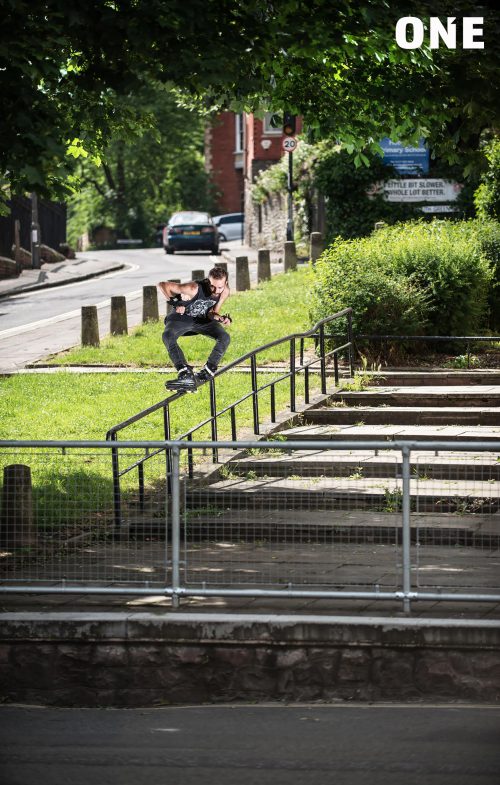 During the summer of 2018, I headed out for a days shooting with Radek and Wojtek on what was the hottest day of the year. That didn’t hinder us too much though, as we got a nice bag of images shot for an up coming project of mine. This shot was the last one of the day before we wrapped up working so we could celebrate with a few drinks. The spot is a really great black rail at the bottom of Hotwells that has two issues: The first is a massive bend at the top of rail, which although makes the spot a little interesting to shoot, it actually makes doing it a bit of an issue. The next issue is that the local residents are well-known for being pretty unappreciative of people skating it. This time our luck was in, just as Wojtek got into the flow of things a old man popped his head out the window. I rolled my eyes, expecting the usual barrage of hate directed towards us. But no! He stated that the skating looked impressive and just to be careful. It only took Wojtek a few more goes to lace it perfectly and for me to capture this image. The summer sun was doing such a great job of lighting up the scene that I focused my two strobes (set at full power) on Wojtek, to both light him up to the max, and also freeze the fast moving action. I found a angle from across the road which required my 70-200 that showed the whole spot well, and also just how bent up it was at the top. — Sam Cooper