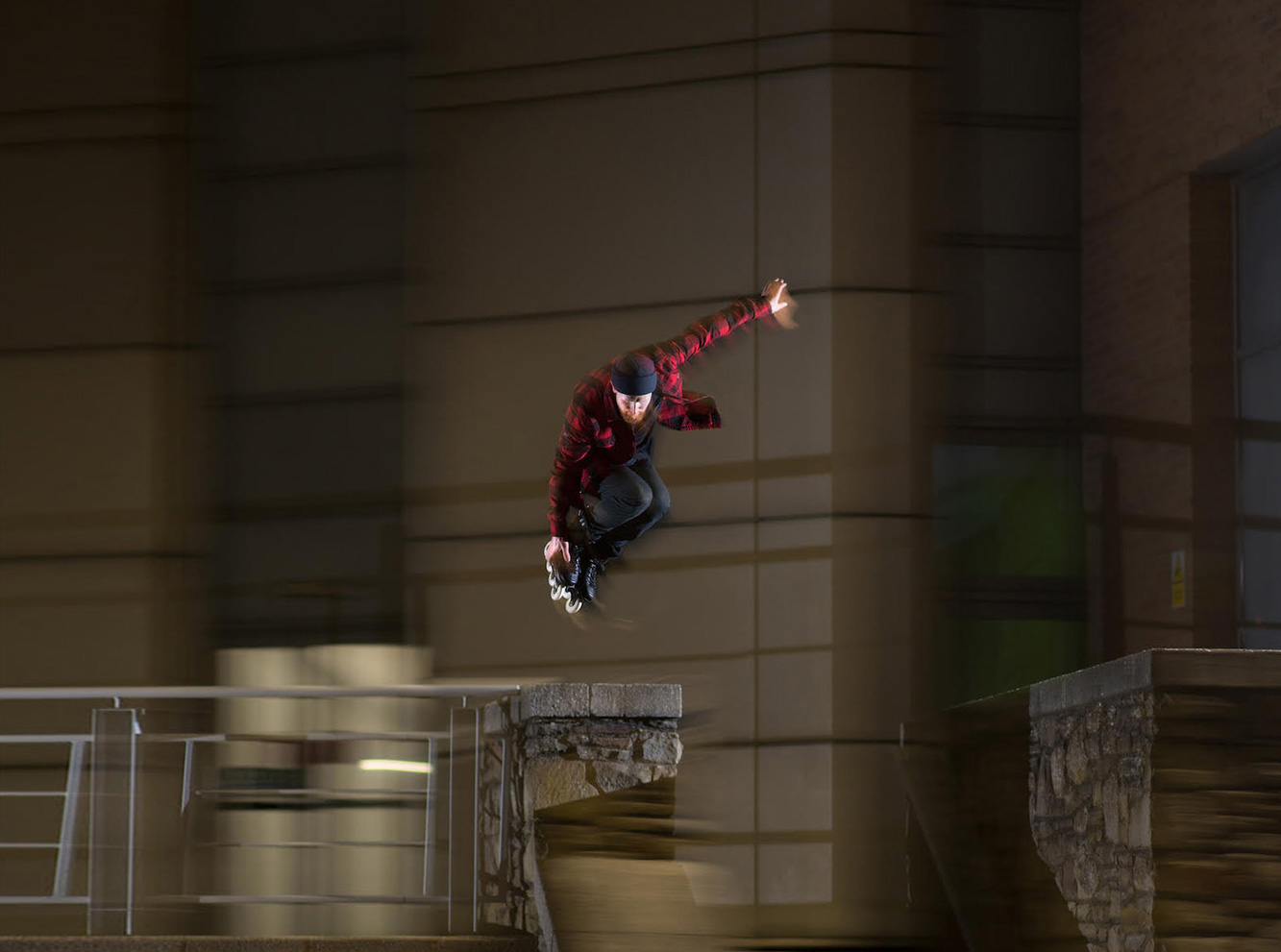 On what was to be the last weekend before the Corona Virus caused the UK to implement a full lockdown, me and Si headed out on a cruse around Bristol. At that very point there was some meaningless semi lock down in place that meant most of the retail sector was closed. It tuned out that everyone in the country just went to beach together in some kind of mass “fuck you” to Boris. All me and Si knew was that the town was dead and there was no way we weren’t going to take full advantage of that. With big wheels on, we both cruised around the city centre, enjoying having it to ourselves while scoping out any spots that would now be available to shoot. This drop into the bank near Temple Meads train station was the last shot of the day, and Si threw a couple of rad Saftey Grabs off the ledge and into the bank for me while I played around with a lower than usual shutter speed. I had two Canon 540EZ’s either side of Si that were there to both light him up, and freeze just enough of the action, with everything linked and fired with Pocket Wizards. — Sam Cooper