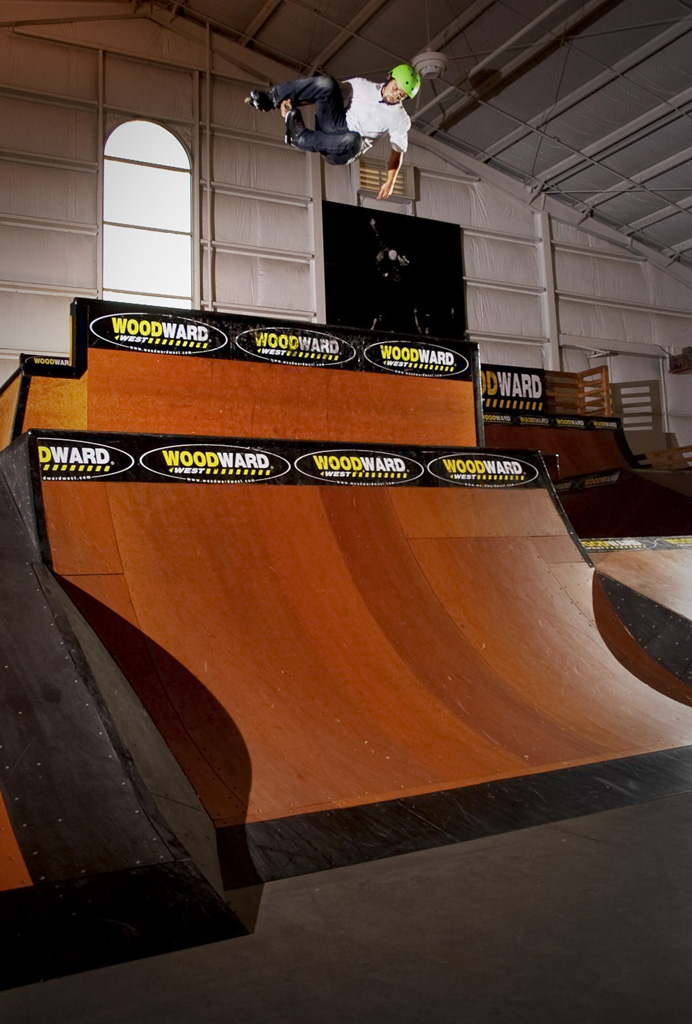 When rolling on his home turf, Richie’s skating is filled with an intense energy that comes out in the form of random Flatspin 360s over boxes that most are down to just grind. This was an awesome session, with all of the inline campers getting pumped off Richie’s skating, and throwing down hammers themselves. Setting up this shot, I positioned two of my flashes at 90 degrees to the left and right of the ramp. This lighting is great for separating the skater from the background, especially in an indoor park like the Hanger at Woodward West. My third flash was on-camera, and used to set off the other two, in addition to adding some fill light to the shadow areas. Camera settings were f/5 @ 1/200, ISO 400. — Scott Moffat