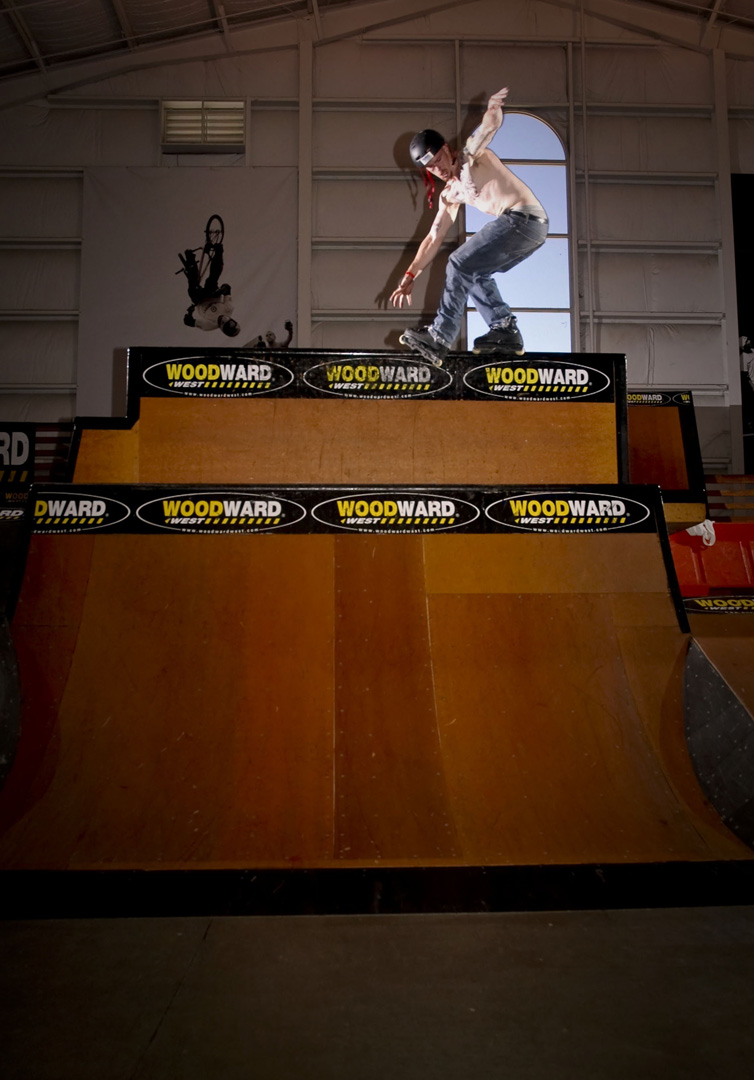 This was shot during Intuition week up at Woodward West this past summer. A few of us were having a session in the Hanger after all the campers went to lunch, this being the only time we could get it to ourselves. Intuition Team Rider Derek Henderson started throwing bank-to-bank hammers on the box right off the bat. After a couple takes I shot this AO Soul 360. This was day one of the week and the following days were full of more sick skating. For this shoot I set up two flashes, one to the left and one to the right. This created the trapped shadow that I filled in with my on-camera flash. Camera settings were f/5.6 @ 1/250, ISO 400. — Scott Moffat