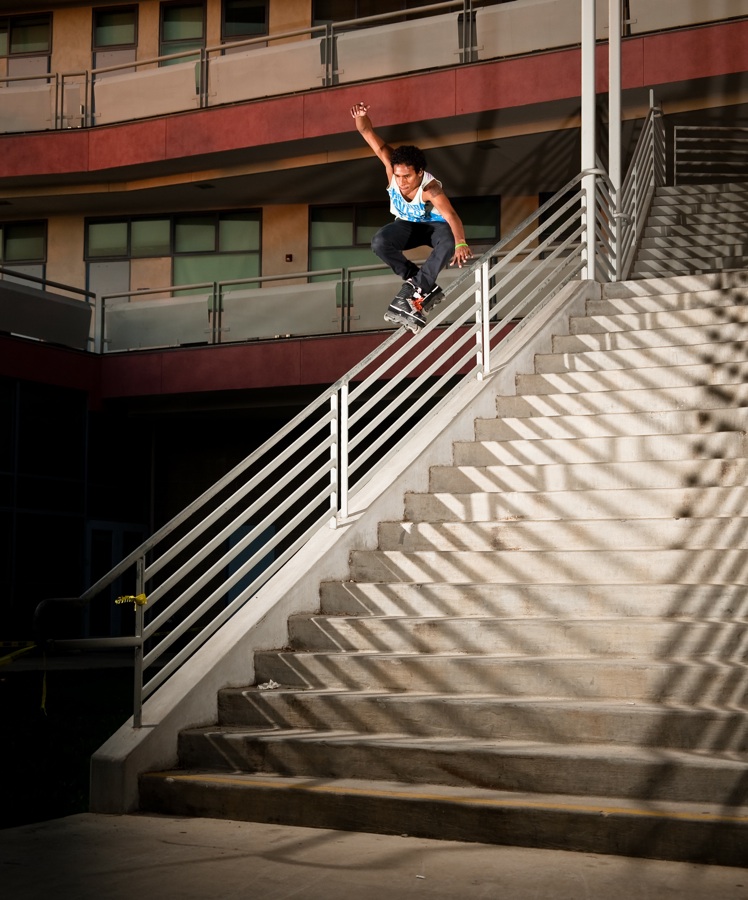 Shooting in LA recently, I got some great photos of one of Santa Monica’s locals, Byron Snatchywaters. This 19-stair had a run-up with one push worth of space before you had to jump for the rail. This was no problem for Byron though, and after he had landed a clean Soul and a Makio with Rocket grab, I shot this Acid grind. This shot was for Jon Julio for hooking Byron up with his new Valos. Camera settings were 1/320 @ f/5.6 ISO 320. I set up two Quantum Flashes at 45º left and right of the rail, pointing them up so that they would fall off towards the foreground. Camera: Nikon D3. Lens: Sigma 50-500mm. — Scott Moffat

straight killa! good look scotty! seems like your havin a blast out there by the beach! HAHA keep it up g!

straight g ish player p time to get this g a much needed round of applause, like MOUSE we get down, if dood fell off this drop rail he might opt to get angry.

BUT like I always say, “pounds for clowns,? I think not, we shake hands like grown men.”

Whaaaaaaat? what? can u say droprail?, this dood straight up takes this skating business one step farther, can u say RRRRRREP!