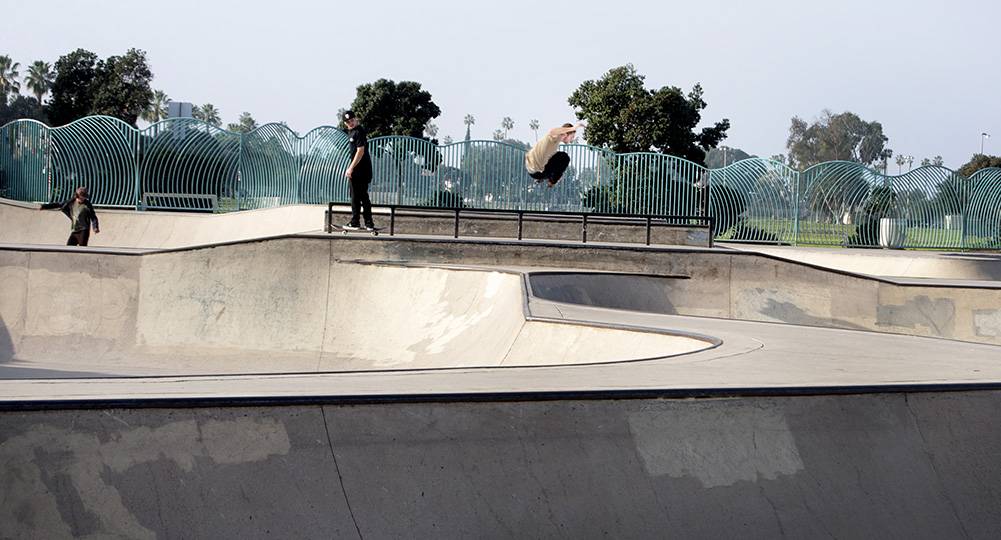 I just recently moved out to San Diego from Michigan and got an apartment with my good friend Garret Mitschelen. When I found out that OB skate park was only five minutes away from our new apartment I was more than excited to skate it every morning. I always like to start off my day with some good cardio, and what better way than to start off every day with a bowl session in sunny San Diego at OB skate park. After a few solo morning sessions Garret started giving me grief when I would get back to the apartment, complaining that I should have woken him up to shred. The next day I woke him up at 7:30 and made him come have an early morning shred with me. Before we left, Garret told me to bring my camera so that we could get a pic of a gap that he apparently does every time he goes to the park. After 40 minutes of skating the park, Garret told me it was time to snap the pic.

As I was creating the image in my head I decided I wanted to get a long lens shot of the gap but needed to do it in a way that would hide my flash. I found a spot on the far side of the bowl that gave a good perspective of the gap while also hiding my flash from the camera. While I was setting up and getting my camera settings correct, Garret started practicing the gap. As he was practicing the gap all the skateboarders started looking on in amazement. I told him I was ready and in no time he did the gap and we got this shot first try. To our surprise we both timed it perfectly and got one of the skateboarders riding by in the background looking on in awe as Garret flew by. 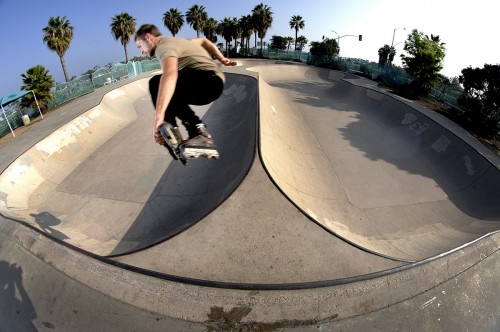 After being satisfied with the long lens shot of the gap I immediately got an image in my head of shooting the shot with a fisheye lens. I thought the fisheye would give a unique perspective of the gap and do it more justice. I also thought the shape of the bowl in the background added a nice touch to the image. I asked Garret if he was willing to do the gap again so I could shoot it at another angle with my fisheye, and of course he said yes. So I set up my flash, found the angle I imagined in my head, then gave him the go ahead and snapped the shot. We both checked the pic out, thought it looked cool, and were both satisfied with it. We then packed our things up, called it a good morning, and then went back home for some breakfast.