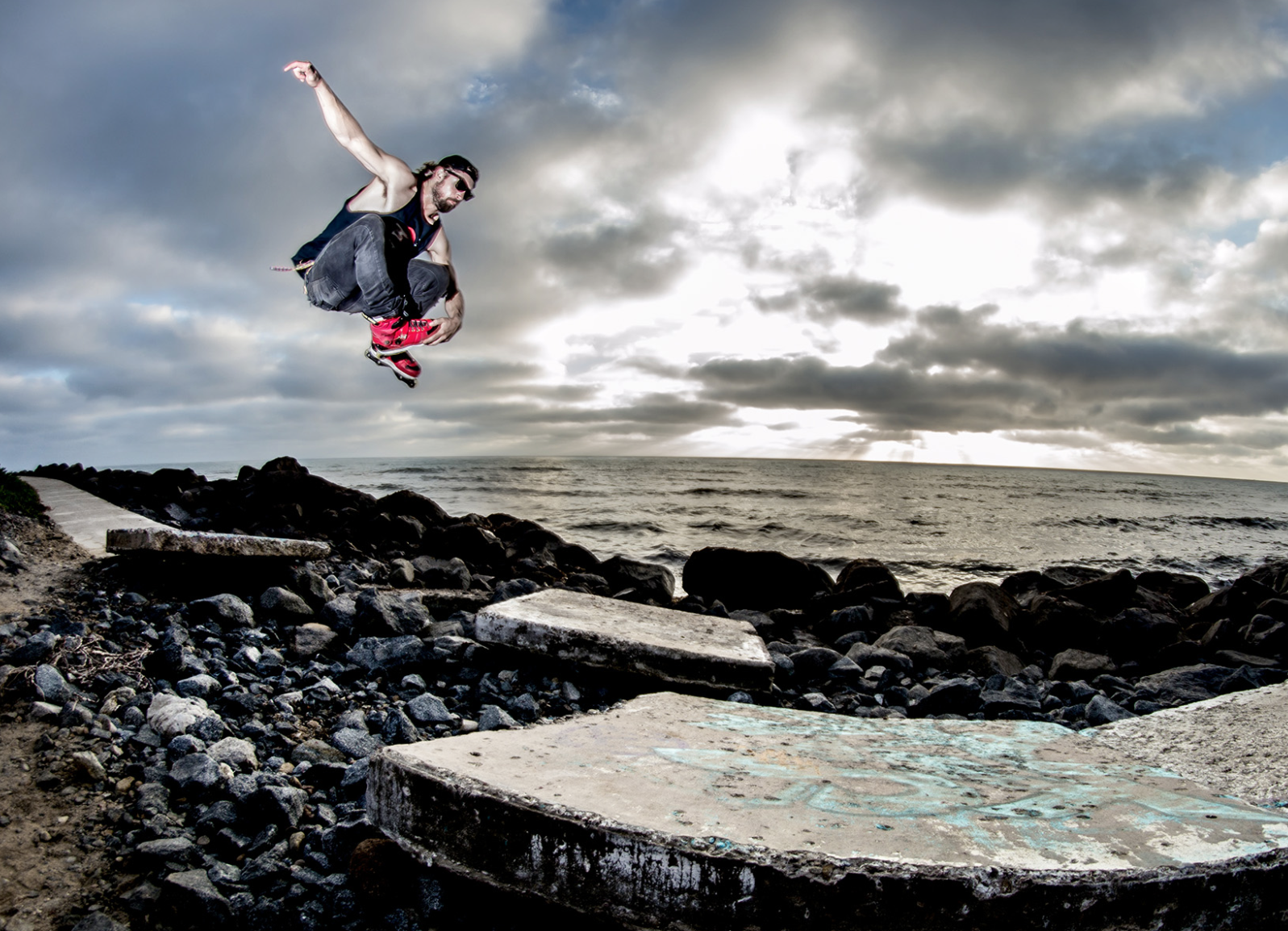 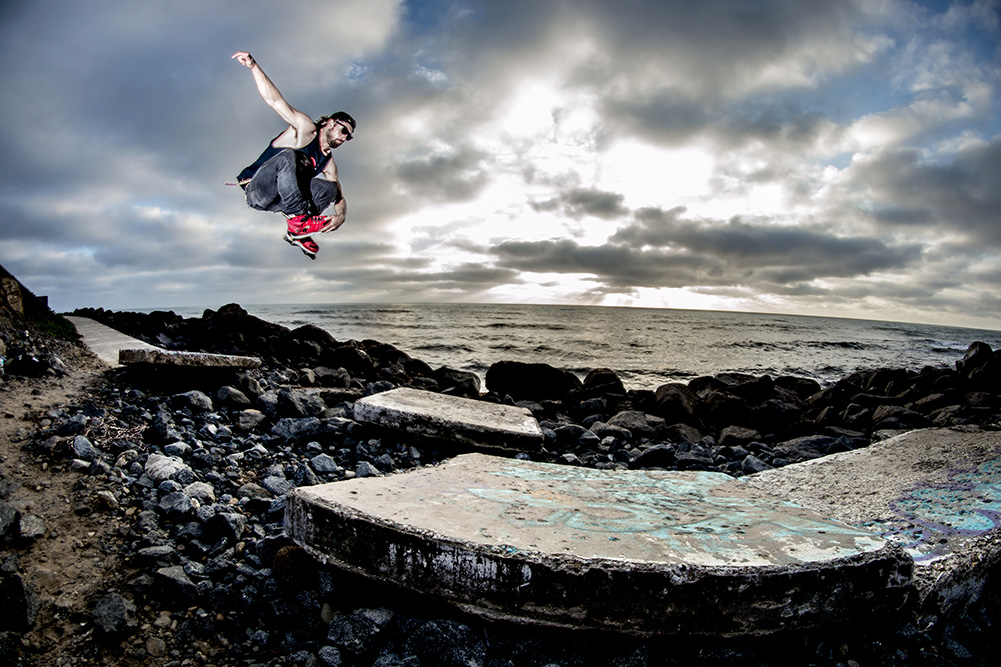 I was hanging out with Logan one day and we wanted to get some new pictures. We decided to go check out this spot Logan heard about through some skateboarders that was down in Ocean Beach next to the water, and was rumored to have a torn up section of sidewalk with a quarter pipe built into it. By the time we got to the spot the authorities had already knocked down the quarter pipe, but we were still left with a decent size gap that had some potential. The spot needed a little work but we were well prepared, so we swept the ground and made the launch as smooth as we could. Logan was ready to go, so I set up my camera and flash.

The angle I wanted to capture was quite easy to find, and all my flash equipment was functioning properly which made everything run smoothly. For lighting, I set up my flash about 10ft. away from Logan and set it to 1/4 power. My f-stop was at 5.3 and my shutter speed was set at 1/320. After a couple attempts Logan was able to get a good air with a nice grab and we got a shot that we were both satisfied with.

Before we left I had one more idea in my head that I needed to create. For a second angle I wanted to get a higher vantage point looking down at the gap from a spot that showed the ocean in the background. I found one on the side of the cliff. My camera settings were the same as the previous shot so I gave Logan the go ahead. He charged towards the gap and laced it with some babes looking on in the background. My flash fired and everything turned out as planned. 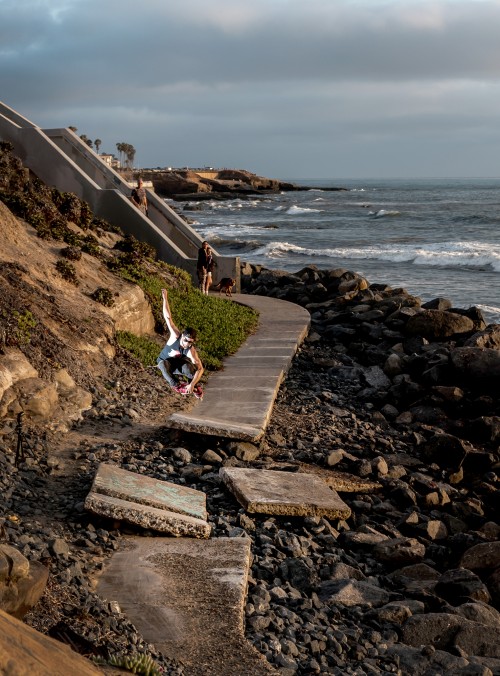