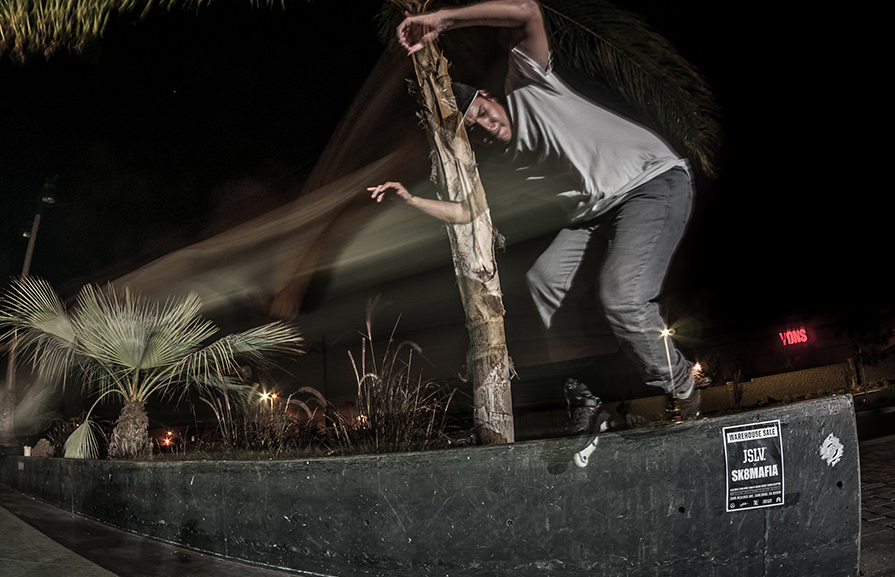 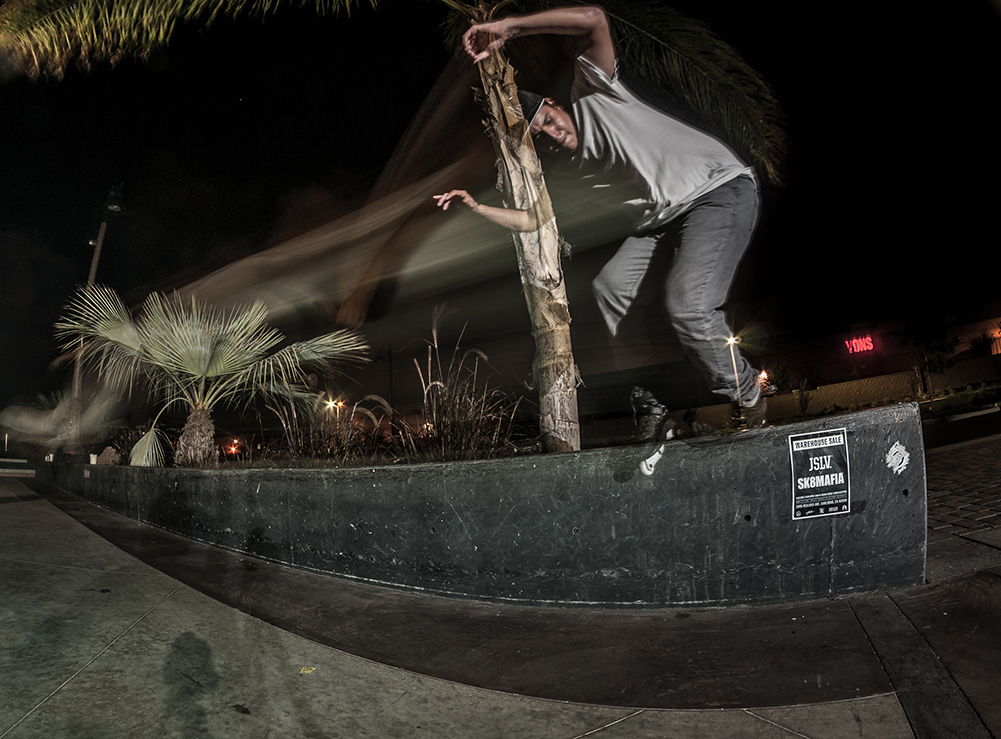 Ever since I saw Steve Steinmetz’s rear-sync ghost shot of Edwin Wieringh in ONE Digi v.5 I have been addicted to trying to capture the ghost effect. There is just something about the amount of creativity rear-sync adds to a shot that really grabs my attention and intrigues me. Learning the rear-sync technique, and capturing a cool ghost shot has not been easy. It has been a constant battle of trial,and error to create these images that keep popping into my head.

When working in rear-sync and trying to create the ghost effect the hardest thing to get right is the timing. When your shutter is open for two seconds it’s quite difficult to judge the exact time to release the shutter so that it captures the skater landing their trick with style and in the frame you want. Odds are that you are going to have to feel it out and give it a couple tries. The key is working with a skater who is willing to do the trick multiple times, and put in that extra work to get the shot. Luckily enough for me I was working with Art Garza who was more than willing to do things multiple times, even after he laced the trick.

Throughout the night I tried a couple different angles, but decided on this one because it really made the streaks pop. I set my flash about 10ft away at a 45° angle set at 1/4 power. I had my camera set up on a tripod horizontally about 4ft away from the ledge. My ISO was at 100, f 3.4, with a two-second shutter. I also set up a LED light perpendicular to the ledge to help bring out some streaks.

After the set up was complete all I had to worry about was the timing. After about five attempts, Art and I finally synced up with him landing true top soul through the whole ledge. I snapped the shutter at the right moment to capture him in the upper right 2/3 corner of the picture. The extra LED light and Art’s white shirt ended up creating some really cool streaks.

After weeks of constant failure and continuous learning I was finally able to create a ghost image like the one that has been stuck in my head for quite some time now.