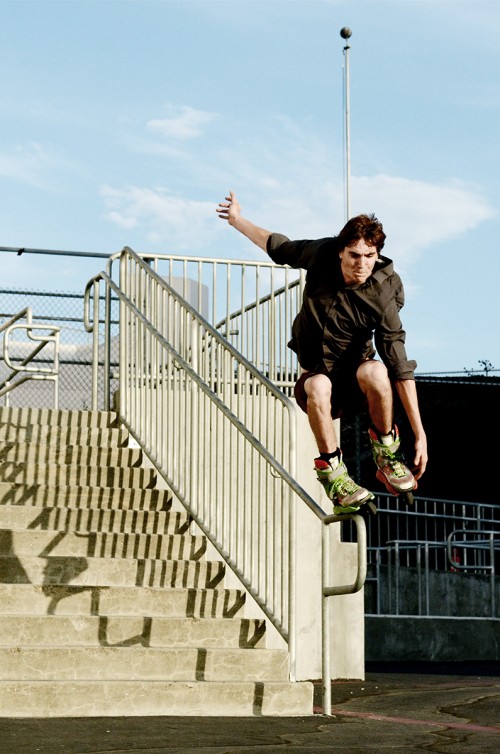 Point Loma high school is home of the famous Leap of Faith gap, but this school has more than just one spot. There are perfect low rails, ledges and stair sets. Unfortunately, the forces that be decided to change these iconic spots, changing some of the best down rails in San Diego. Now, these once-perfect rails into something most people wouldn’t skate. However, some skaters from Florida were visiting so I figured I’d show them the iconic spots even if they weren’t as great as they used to be.

Eric Michael — of the Central Florida Rolling crew from Tallahassee, Florida — is a blader that I remember being amazed by back at the SDSF Open 2010. He seemed to come out of nowhere, displaying park skills that were both dangerous and technical. But when a blader can match park skills with the ability to skate street just as well… you have someone special and talented that needs more recognition in our community.

On this obstacle, Eric decided to do something nobody has ever done at Point Loma High School. He did a fishbrain on the skinny drop rail and then at the end dropped to fishbrain on the kink of the rail below. I used all natural lighting in this shot because it was just before golden hour.