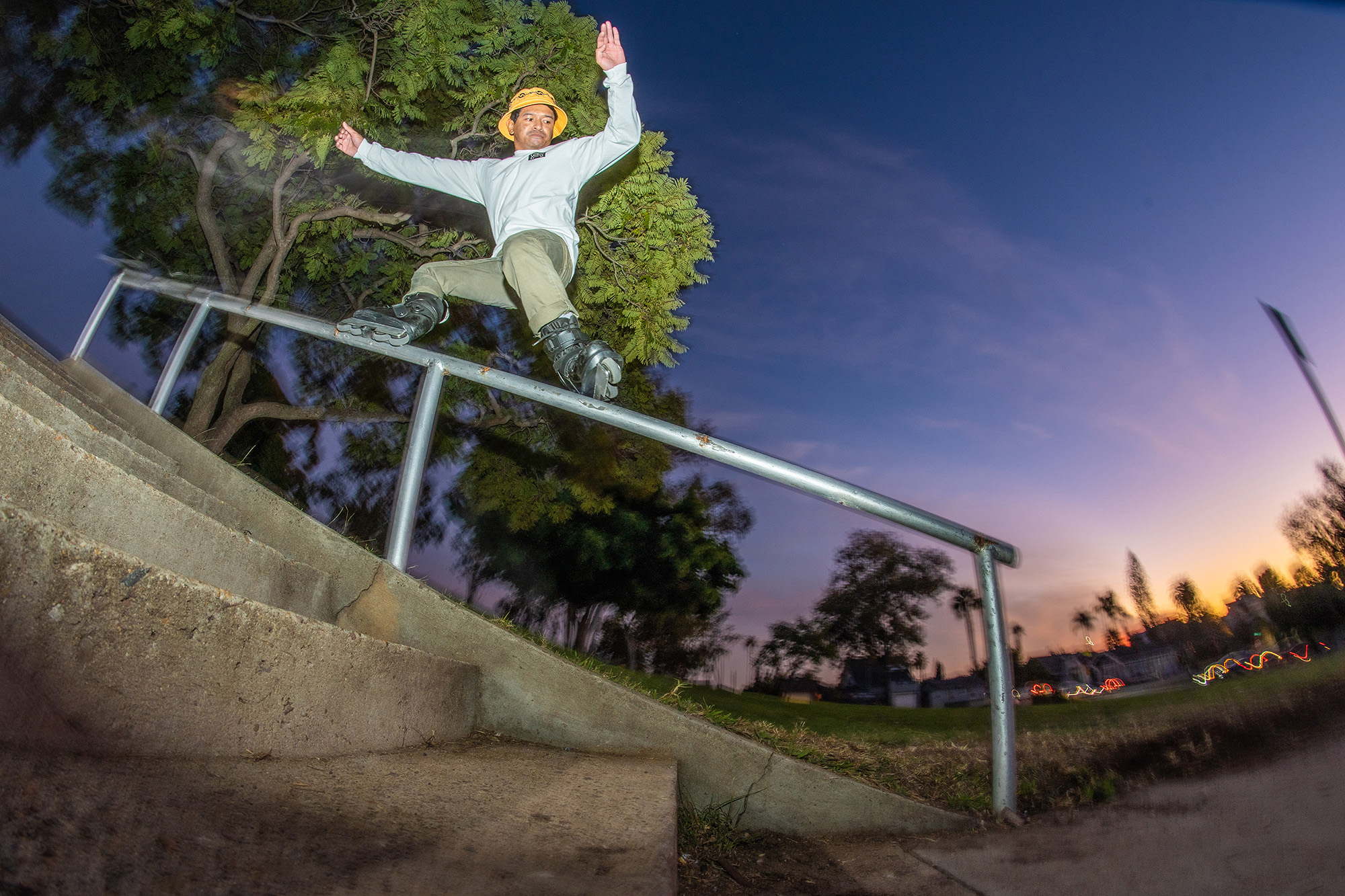 This rail in San Diego has been capped and un-skateable for as long as I can remember. People in San Diego have always thought about uncapping this rail, and some skaters have tried, but they were caught and even received a fine; so that dream vanished quickly, as it is on city property.

However, lately, people have been getting bolder with their uncapping abilities and process. This rail was apparently on someone’s list and we in San Diego appreciate their efforts and dedication to the liberation of spots.

Strangely enough, this rail is only about five minutes from my job, and as luck may have it, on a Thursday afternoon I glanced through my Instagram and saw my friend Logan skating the rail with a few other friends. Normally, I would just go say hi and hang out at the session, but I had my photo gear in the back of my trunk so I figured I would shoot a few photos of the guys at dusk before heading home. 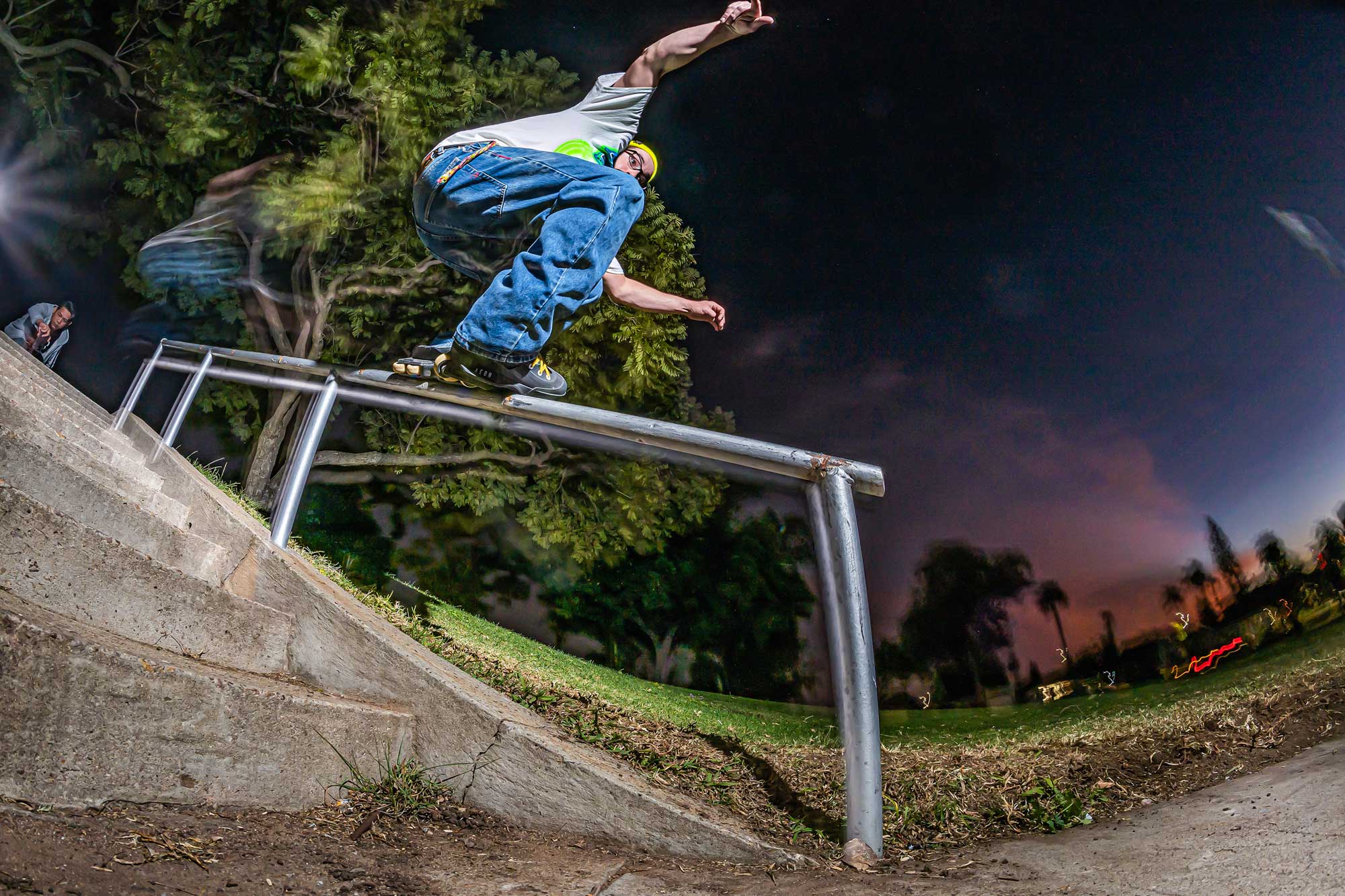 When I got there the session seemed to be winding down, as night was falling quicker in these winter months, and the only two people that were still skating were Jamie Khammounetry and Logan Fowell. Regardless, I set up anyway and adjusted my settings to capture as much ambient light as I could. And at first I was having difficulty setting my shutter speed and getting my timing correct. I also needed to balance the strobe and the ambient light so that I didn’t overexpose the image.

There is a technique that fellow ONE magazine photographer Sean Macgowan showed me to compensate for this exact issue, which is to use a bulb shutter. What bulb shutter does is allows you to hold the shutter down for as long as you want to capture the ambient light and then, as long as you set your flash to the rear sync, when you let go of the shutter the flash will freeze the image at the time of your release. The result is that you’ll get the shot that you want instead of waiting for the shutter. Obviously, this isn’t a perfect method, and it takes some time on both the skater’s and photographer’s part not to be overly anxious and let the shutter go too late or early.

These photos were shot with a fisheye lens with my Sony A7iii. For Logan’s photo, torque soul, the shutter was 1/10 of a second F 5.6 at ISO 250. For Jamie’s photo, true mizou, the shutter was 0.6 sec F6.3 ISO 200. I used continuous light set to full power on camera left directed towards the rail, and one speed light set to rear sync mode at 1/8 power to freeze the image. — Steve Steinmetz