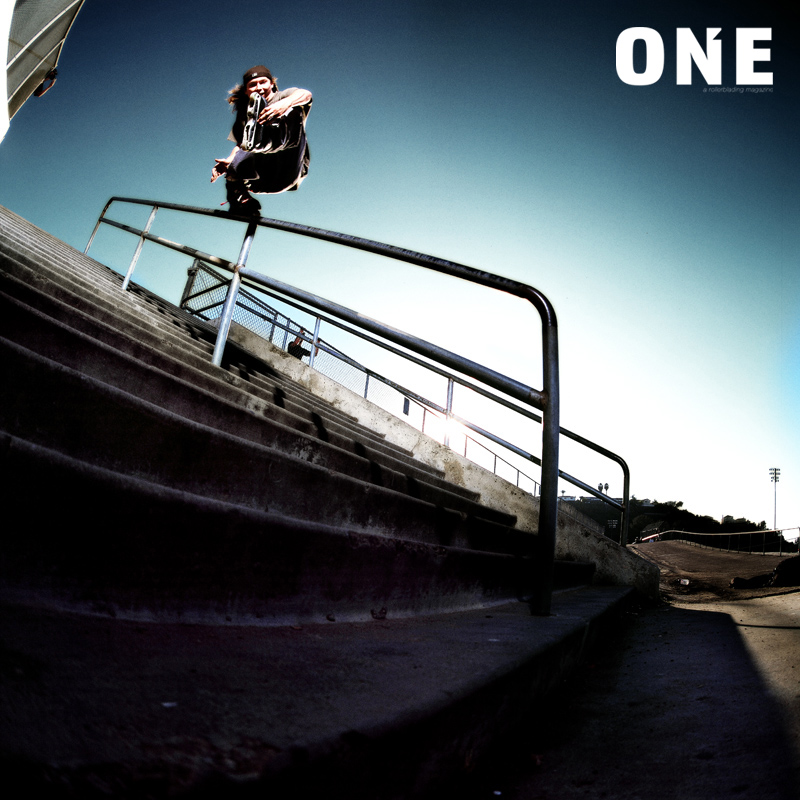 You’ve seen what John Haynes has been delivering from the Mid-west, now check out what Wes Driver has been doing in San Diego.

I took this photo of Brent Hicks on a session a few weeks ago here in San Diego. Shooting into the sun can be difficult and you need a fast, powerful flash if you are going to freeze the action and obtain maximum detail. There are lots of techniques for metering in these situations, but since most of you shoot digital you can probably just figure it out with a few clicks and adjustments. This was shot with my old Bronica and on film, so a few things had to be taken into consideration. First off, I minimized the flare from the sun by positioning it directly behind the rail when I composed the shot. This made things a lot easier and insured that there would actually be strong colors in the sky and good contrast overall. I also used a strobe that I knew would be stronger than the sun I was shooting into. The rest was pretty much in the hands of the skater—and knowing when to click the shutter. I think that above all, the timing of when you capture something is the most important element in creating a good image, whether it’s skating, portraits, or party shots. It’s something that you can always improve on as a photographer and it is what eventually seperates the amatuers from the pros. — Wes Driver

timing is pretty good on this.

Im liking it alot.. I like the gradient sky effect. Smooth and nice. Good photo! Brents looking steezy as well..

so good, one of my favorites for sure