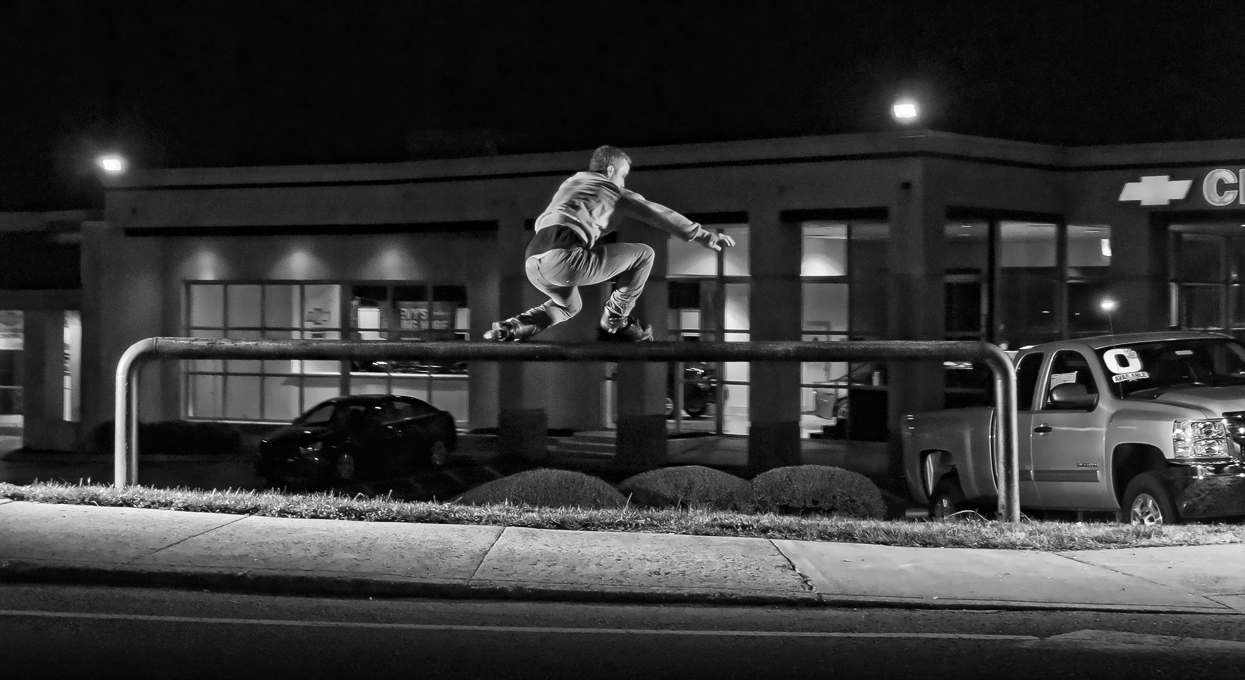 Chad Anthony has the kind of enthusiasm that a lot of people lack. He is always happy, which always makes him fun to skate and shoot with. He also has an eye for finding new and out of the ordinary spots. This particular rail is in an area of Nashville that is well-established as being dangerous, especially late at night. Since it was around 1 am, I did not want to go… but he convinced me. We did not stick around too long. Chad did a few frontsides on the rail, then threw this sweatstance in there a few times. This photo was taken at 1/60, f4, ISO640, with two strobes placed on both sides of the rail for rim light.