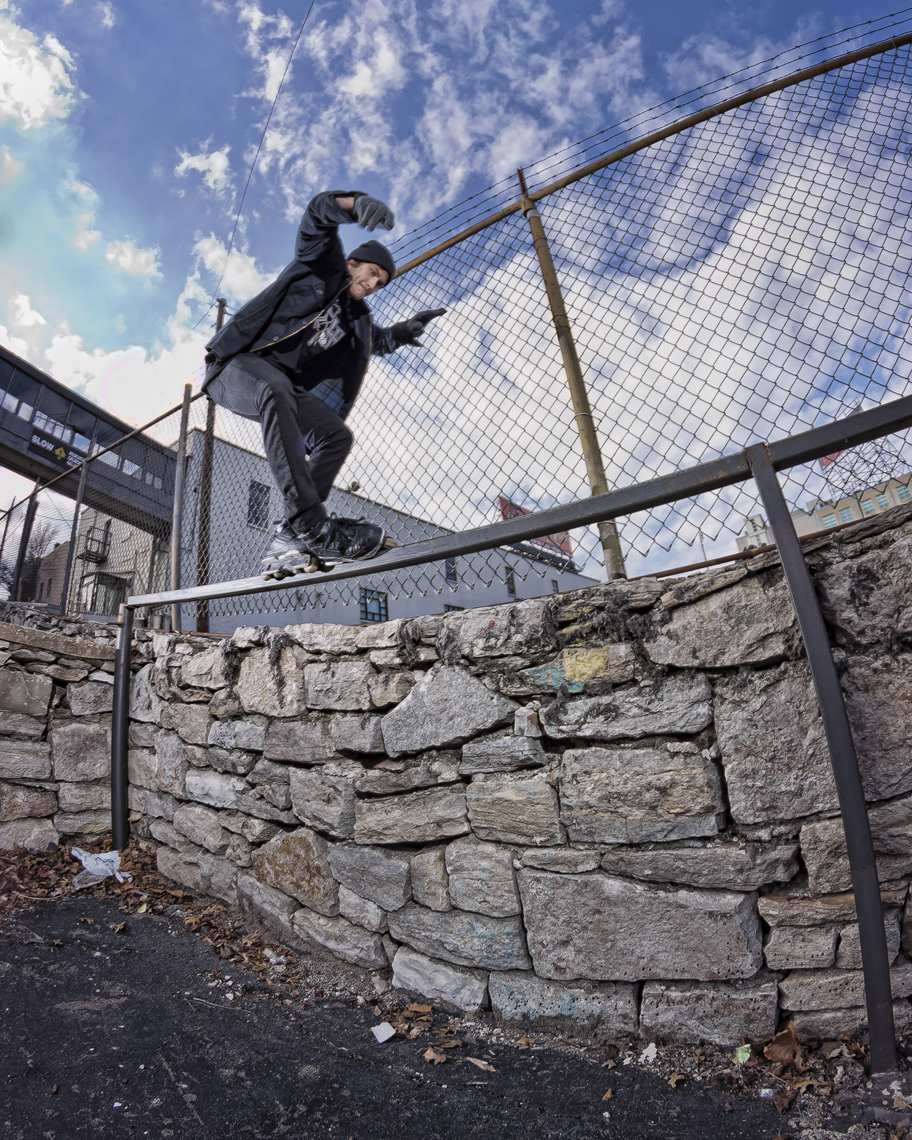 Taylor Popham is definitely one of the most unconventional bladers that I know, which has always made him an interesting friend to be around. His personality reflects on his skating, and that is what has always made him fun to watch. What most people probably don’t know about the guy is he is an extreme perfectionist. He is never satisfied until he does whatever trick the exact way he wants it to be done, and consequently is one of the most stylish people I have watched blade. His eye for skating definitely suits that which is in style for blading. This rail is more rugged than meets the eye. It needed a sign for a run up, and had a few jagged rocks laying against the wall beside the landing. Taylor was never deterred, and did this switch X-grind a number of times until we were both satisfied how it came out.