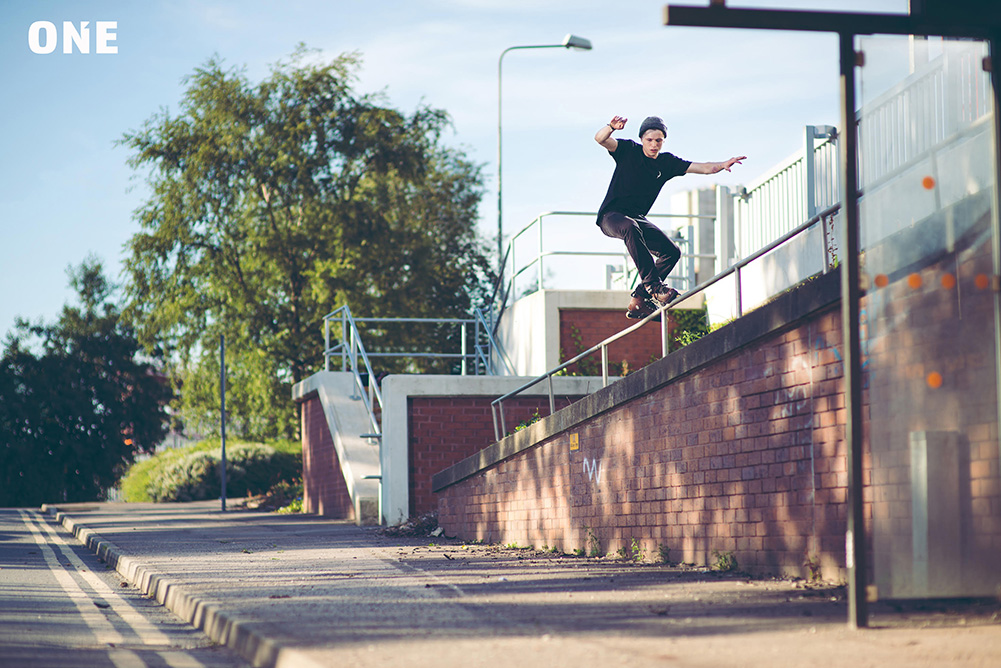 This one of Elliot doing a sweatstance in Manchester has come from straight out the vault, since it never went to print. With the time that’s passed, I thought it was about time it got to see the light of day. I couldn’t think of a better time to do so than after both Elliot’s amazing edit with Dom West and his recent attempt to once again destroy himself while on skates ( get well soon pal ). Shot in summers past, Elliot was captured with a Nikkor 85mm prime lens and the action freezed with two off camera flashes linked up with pocket wizards. The fading summers sun did the rest of the work for me by adding some lovely ambient light to the shot. — Sam Cooper