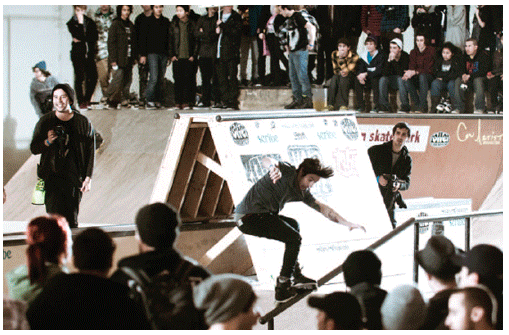 Written by ONE Staff - Published on Thursday, September 29th, 2011

Here it is, a long-overdue first preview of the content that’s packed into Issue #19. Take a look at the year of blading and blading comps with coverage from cities like Chicago, Detroit, Los Angeles, New York, Barcelona, Portland, Long Beach, Melbourne, and more. See pics from WCR, BCSD and Billy O’Neill’s NYC Street Invitational. Get a dose of world class blading with Erik Bailey in his feature interview with pics by Jeff Stockwell and Brandon Smith. Tour the west coast with the crew filming for “The 20.” Let the legendary and controversial French roller Toto Ghali tell you about what he’s been doing on and off his blades in his 15 Minutes. Plus a Folio with the most prolific designer in blading, alongside all the rest. Prebook now with Hush Hush Distribution, subscribe online or call 1-800-284-3563. Issue #19, celebrating five years of ONE magazine. — ONE