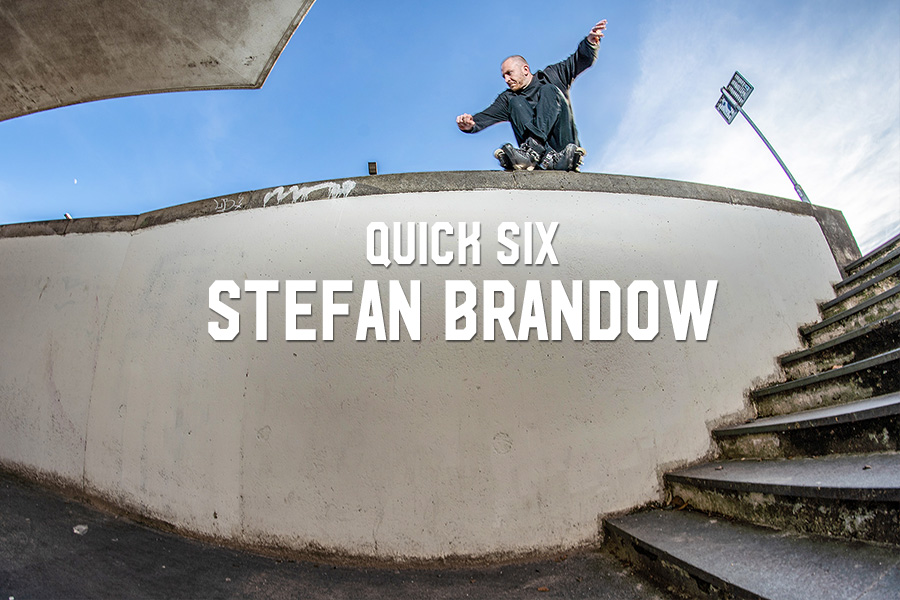 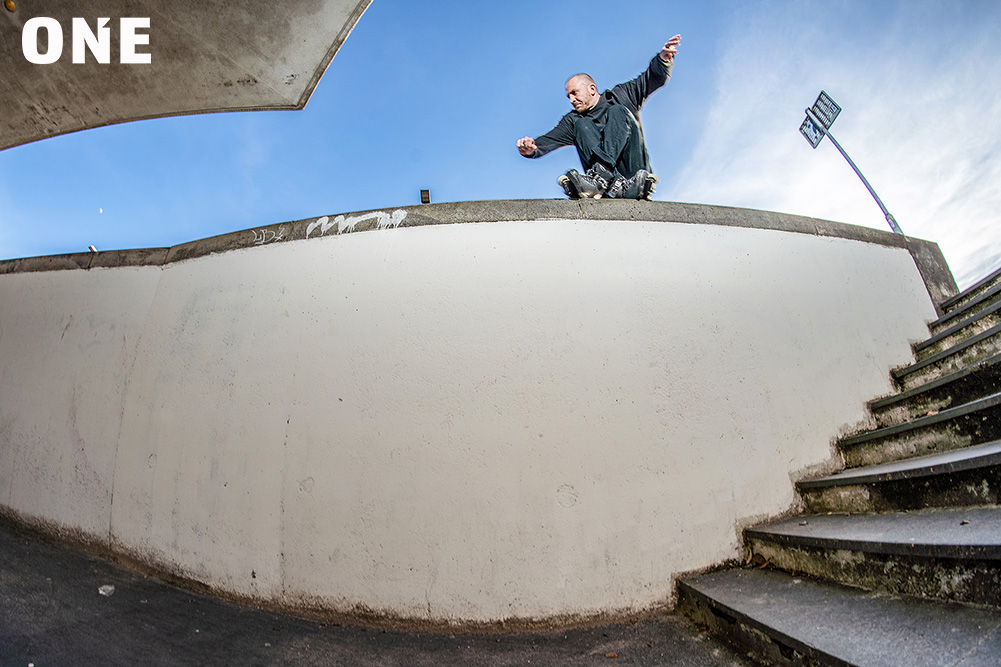 We’ve known Stefan Brandow for a long time. Not only as a skater, but as a designer. He’s helped with the SOTY branding year after year, and we’ve tracked his ventures like Lumen and Outward. But Stefan’s story is also interesting because of where he’s from. As an American Rust Belt blader, based on time spent skating, sponsorship level attained, industry fluctuations and just plain old averages, Stefan should have stopped a long time ago. We don’t want him to — let’s be clear — but where he’s from, plainly said, most skaters at his stage have moved on. Or if they’re out shredding it’s on a more local and less aspirational level. That wasn’t always the case! And in that way Stefan is a reminder of what once was, but also a look at what blading needs — a nation full of driven, motivated bladers, scatted across the land, injecting our community with their vision of our culture and athleticism. So check out what Stefan has to say in this, our resurrection of the QUICK SIX.

Hey Stefan, for anyone who doesn’t know, please tell us where you live, how old you are, how long you’ve bladed, and what you do for work/school/etc.
I currently live in Baltimore, Maryland. I’m 31 years young and have been blading for 15 years. I’m a freelance graphic designer and do work for small businesses, bands, and clothing companies, as well as own my own clothing line, Outward Supply Co.

Has your time in the Central East Coast shaped your view of blading? If it has influenced you, please tell us how.
I’ve lived in the “Rust Belt” almost my entire life, and because of the layouts and architecture in all of its cities I definitely skate a specific way. The type of skating I love to watch and also enjoy doing definitely lends itself to those types of areas and spots. The first time I went to California, it freaked me out skating certain things because of how perfect the ground was. Where I’ve grown up skating, we’re all used to uneven sidewalks, crumbling blacktop, and gritty rusted metal. 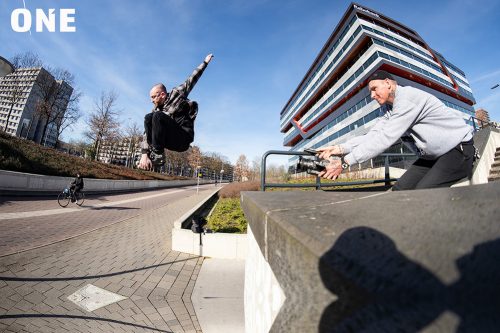 You were in Eindhoven for Winterclash; How important are contests to you — either blading in them or even their existence? What do you like/dislike about blade events and contests?
Contests being used for a gathering of friends is one of my favorite things in the world and why I love rollerblading. I think all of us getting together for a few days at a time is an integral part of the community, and how to keep what we have going. Getting to see so many friends from all over the world you might not get the chance to see otherwise is the only excuse I need to go to a contest. As far as contest skating, I’m not the biggest fan of doing it anymore. I am very self aware of my skating and what I enjoy doing, and for the most part it is not skateparks or contest format situations that bring me joy. I will say though there is nothing like being around other rollerbladers screaming for their friends to land tricks they may not have had the desire to do at a normal park session. 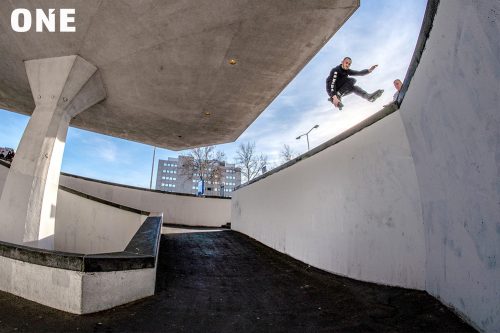 Explain to everyone what it means to be Straight Edge and why that lifestyle works for you.
Straight Edge is a term that stems from a Minor Threat song, and it is a lifestyle that generally consists of no drinking, no smoking, and no drugs. Some people take that farther into also being vegetarian or vegan as well. It’s not as rigid as when the culture started in the hardcore scene in the late ‘80s/early ‘90s, and people now have many different takes and views on it and what is “allowed”.

To me, I have always just tried to stay as healthy as I can as that’s how I was raised. Being exposed to Straight Edge music, and the lifestyle around it, by getting into punk and hardcore at a young age, as well as getting more into fitness the past five years, has all made me want to take my body and lifestyle seriously. I have absolutely nothing against anyone that wants to do indulge or partake in things that make them happy, but for me, personally, I just have no interest in putting anything into my body that will harm it in the long run, or make me feel out of my element.

Tell us about one place in the world you want to visit, why you want to go there, and who/what you’d take along to make sure you had the best possible time.
My dream trip was to go to London, and I was luckily able to do that for almost two weeks, so now I’m not sure where would be next aside from going back there.

I think Japan would be spectacular for a long skating trip, and be able to do some sight seeing and culture learning on the side. Anywhere in the Mediterranean would be really rad as well. I’d love to go on a long skating trip with the Roces team somewhere overseas. Everyone has really unique different views on skating, and we all get along really well.

What’s a lesson you learned in blading that applies to other aspects of your life?
The biggest and most important thing I’ve learned from blading is that everyone is different. No one enjoys the exact same things as everyone else, and we should all accept that people are not the same as us. Everyone views skating differently, and we shouldn’t judge someone on what tricks, styles, or setups bring them joy.