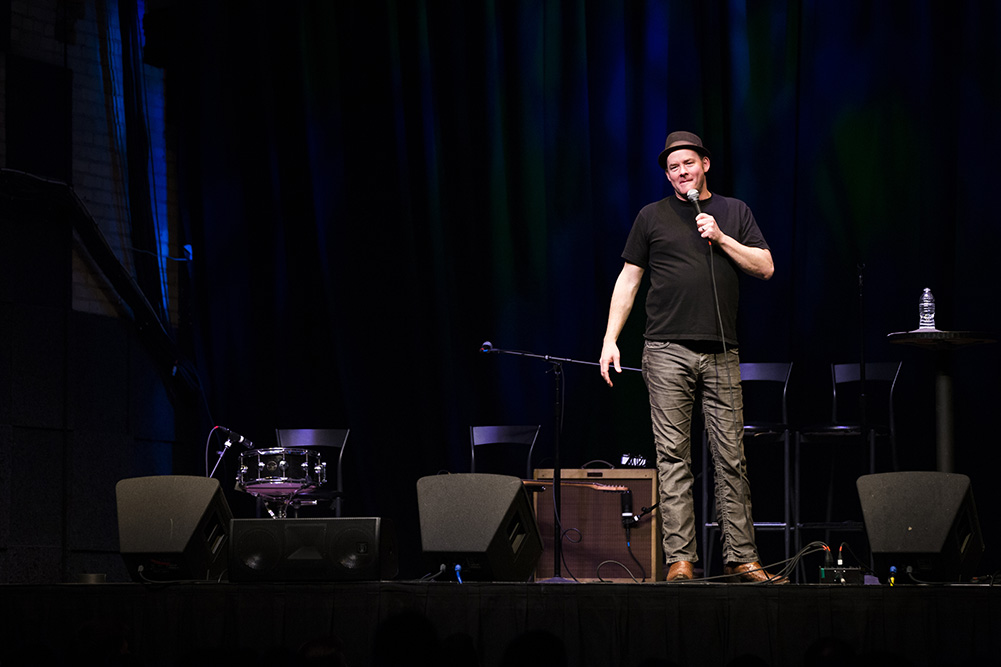 Over the course of eight years of publishing, ONE has spent a considerable amount of time at shows, backstage, on the phone doing interviews, or pounding beers post-soundcheck in the service of providing music coverage for our readers. But now Chris Duke went and did something unheard of — he landed an interview with actor/comedian David Koechner.

If you don’t recognize the name, that’s understandable, but you more than likely recognize the face. With over 120 film credits to his name including “Anchorman” (1 & 2), “Talladega Nights,” “Waiting,” “Thank You For Smoking,” “Semi-Pro,” and way too many more to list, not to mention his turns on “The Office” and “Saturday Night Live,” David Koechner is about as instantly recognizable as they come.

Back in February when Koechner roared through Minneapolis on his stand-up tour, Chris Duke was there to make magic happen. So enjoy this quick look at our time spent with one of our favorite working comedic actors, and enjoy the full interview in ONE Digi v.4… coming June 11.

I’d never seen a live comedy show. Well, at least one that wasn’t during an open mic at a bar. And I’ve got to say, if anyone was going to pop my comedic cherry, I’m glad it was David Koechner!

David has a perfect understanding of how to keep his audience engaged, so it’s no surprise that Mill City Nights in Minneapolis was sold out for his performance. Music, impersonations, crowd interaction — David’s act has it all. Koechner flows from each bit, joke and story perfectly, and at no point did I feel like his set was dragging on, unlike his opening act.

I’d had to scream “SHOW US YOUR TITS!” to startle Matt Dwyer out of his depressing 30 second long silent gaze into the audience halfway during his set. Matt finished like a champ though, and got us all to go “tits up” for David’s introduction.

And the man is quite the entertainer.

David gets the crowd going by throwing out some of his more well-known characters from the shows and movies you love like Champ Kind from Anchorman, and Todd Packer from The Office. Be warned though, too many request and he will let you know that “This is not Koechner Karaoke people, I’ve got a show to do!” Nevertheless, he will deliver those classic lines we know him for, no matter how many times he has done it before.

When the show was over, I watched David stick around for every single person that wanted to meet him. Shaking hands, taking pictures, signing autographs and having conversations with each of those fans right up until the doors were closed.

After all was said and done, I HIGHLY recommend catching his stand up if you get the chance! 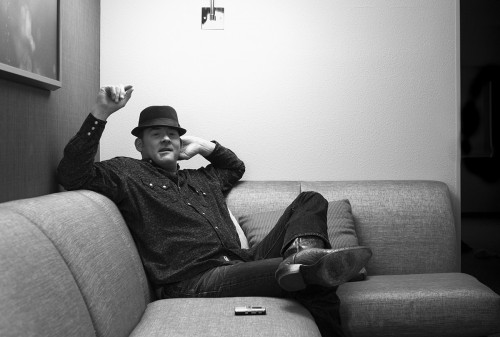 Words and photos by Chris Duke