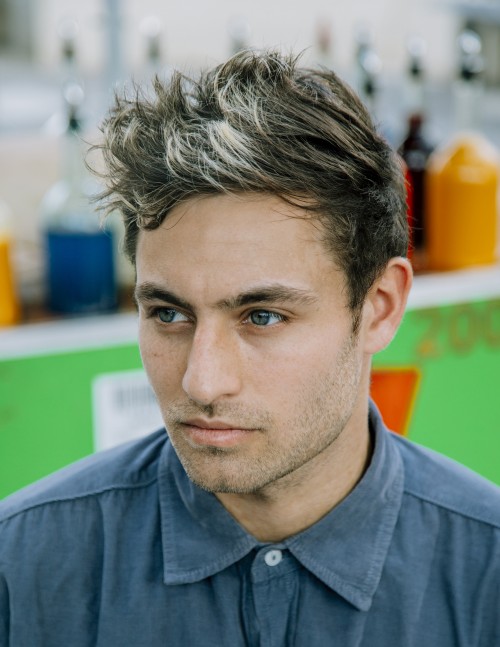 Adrian, thanks for taking the time to answer some questions! So we watched the video and we have to ask: what made you decide to feature yourself rollerblading? Do you have a background in skates?
Thanks for taking time to watch the video! To start, yeah, rollerblading has been a big part of my life. I grew up in a family full of dancers, movement teachers, and actors, so movement was a big part of our family life. They tried to take me to ballet, and I couldn’t stand it. I really liked to tap dance, but I hated going to dance class. So pretty early on I found rollerblading as a place where I could explore movement and grace on my own terms. Being quite the self-possessed 12-year-old, I needed a space to explore my physicality, but I didn’t want to be a sissy. I was a small kid, so I tended to assert my masculinity at every turn. This became a place for me to push my body in different ways and to new limits. My friends and I would watch videos of Chris Edwards and TJ Webber and then go fly off 10-stair sets behind the school. We would try to invent new ways to grind and new grab combinations to apply. It combined the elements of rebellion, flight, and ingenuity that I think allowed me to create an awareness of my body. These abilities later made me a good athlete, a mindful dancer, and informed yoga teacher.

Having that kind of bodily awareness is really rare these days. People usually have a job, and they have a workout routine, and maybe they take kayaking trips sometimes; but a lot of times, peoples’ movement vocabularies are really brief. Even the movers, the really physical ones, usually choose one thing to focus on. You have runners, you have spinners, you have climbers, but rarely do people explore everything. The reasons for that are numerous and we won’t go into them. But something like rollerblading is so important because it offers the type of freedom kids need to invent movement, play with their bodies, and explore how they can connect themselves in different ways. It keeps them from becoming rigid. People sit at desks, and eventually they freeze up, they get brittle, and break down. Rollerblading fights death.

Also, I know this is getting deep and long, sorry. At some point, rollerblading became uncool. I used to go to Woodward, and, at some point, I started being called names. Skateboarding became such a part of mass media culture that rollerblading was completely sidelined. Video games, TV shows, and branded t-shirts about skateboarding don’t change the fact that rollerblading was always more underground, more “of the people.” Rollerblading was cool because it never had defined tricks or a set of rules. It was always about how original and creative you could be on your skates. That will always be the coolest thing to me. Forget sitting in your backyard trying to kick-flip for a week. Go out and just skate, explore, jump off of stuff, slide down things, and learn about yourself.


Production wise, your video has a great aesthetic that had me wondering: is that green screen or a steady rig with cool lighting in the streets? And from some shots I’m thinking most of it was you skating — is that the case?
Nah, we didn’t use a green screen. My good friend Kenny Polyak and I just skated around our house in Brooklyn and filmed in the street lights. Kenny used to play hockey growing up in the Bay Area, so he was also on skates. I was using my aggressives and he was in SEBAs because those huge wheels gave us that steady cam feel. Yeah, I was in skates the whole time. I wanted the film to be about me rolling and searching. The song is about love as a form of holding someone down, protecting them, and keeping them safe. I scour the night for that person in the video. I search high and low. I even check my favorite fried chicken spot. She wasn’t there.

Can you tell us more about making the video?
Kenny and I wanted to create the experience that I’m on some kind of journey. We chose rollerblades both because of my love for rollerblading, but also because it sometimes adds this sense of flying (Slomo) or levity. The song is about needing to be held down and protected — in the video, I start to fly, float away, speed up, and leave the ground in places, all while professing my need for someone to stop and calm me. It took us a couple of nights to get all the shots we wanted, but it was a pretty simple process. We wanted to keep it intimate and concise. So we stayed close to home and kept it just the two of us. This really personal song became a more communal experience that everyone can now share a little bit more of.


What about your approach to music? Do you have a routine for your process or does it take a more random shape?
Oh man, I wish I had a routine process. That would make things easier. Alas, all art is kind of an impulse for me. Sometimes it’s really strong. Sometimes it’s really faint and takes new turns and directions. Music is just one way it comes out. Sometimes, I feel like I have to be more academic about it, so I write more about yogic theory and Taoism. Sometimes, it comes out physically, which is why I dance (check out my dance company, Boomerang). Sometimes, it doesn’t come out at all. There are times when we all feel dry. However it comes out, it comes as an exploration – something to be found in addition to being made.


If you’re not a regular blader in NYC, would you ever consider going to a group skate — there’s a bunch of large inline clubs in the city and we’d be happy to get you some info!
I would love to! I sometimes mess around at McCaren Park or Chelsea Pears on the rare occasion I’m skating in Manhattan. I take a weekly loop around Central Park with my dad, who is the reason I skate at all. But I would love to go skating with some fellow true believers. Actually, my dance partner and good friend, Matty Davis, used to be a pretty avid skater. I only became a dancer and formed our company because of him. After skating together for a while, he convinced me to take a dance class; what we made in that class together became our first duet. We performed it later that year at the Kennedy Center in D.C. So skating is still pretty influential in my life.

Well at the very least let us know when you come to the West Coast and we’ll take you to the boardwalk for a cruise with Slomo. Everybody needs to skate with him at least once.
I would DIE to skate with Slomo! What a legend. What a story. 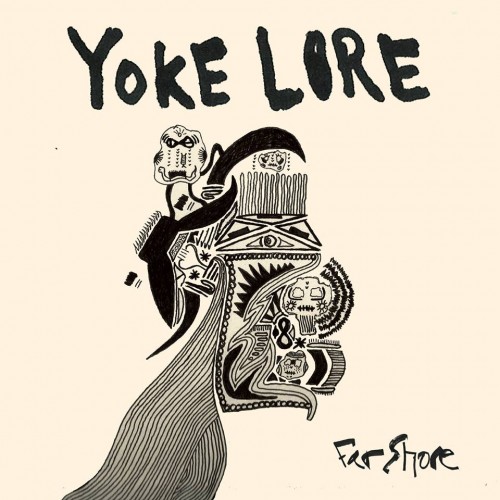