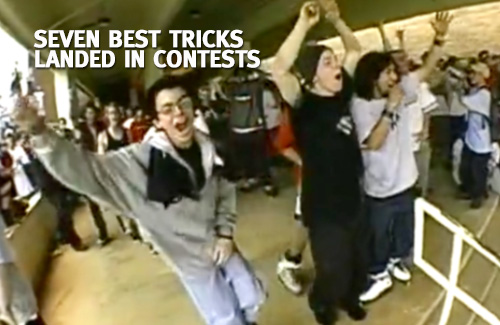 What is the point of a rollerblading competition? In this unnamable sport/art/lifestyle in which we participate, the idea of gymnastic-esque judging seems antithetical to the personal satisfaction that we chase. The person who continually wins is then labeled a “comp skater,” stated in derogatory fashion during the heydays of the street vs. park divide. That said, the adrenaline, atmosphere and narrative that develop in the cauldron of head to head competition has produced some of the most stunning feats in blading history. 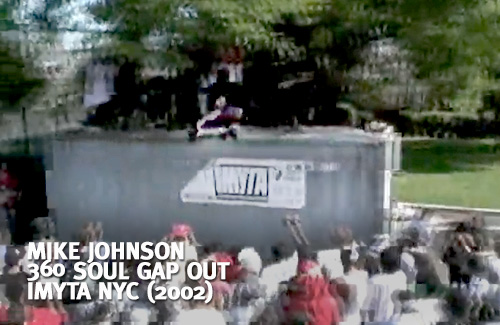 Journalism is all about creating the narrative, real or engineered; without a tantalizing story you have no readers. The picture: Murda, New York’s mercurial finest, is bouncing back and forth between his hometown and traitorous California. The world’s most prominent street competition is going to hold what is to be their biggest event yet in New York. If you have ever been to a comp in NYC, you’ll know that just like that city, the energy is incomparable. The combatants were doing fierce battle—just watch the one-upmanship that takes place on the handicap rail. The final obstacle is unorthodox featuring a launch to container many are having trouble finishing. With the crowd urging him on, Murda laces 450 royale followed by a crowd erupting 360 soul across the whole container. Shouldn’t anyone who gets swamped by the crowd win? New York’s prodigal son comes good at home. 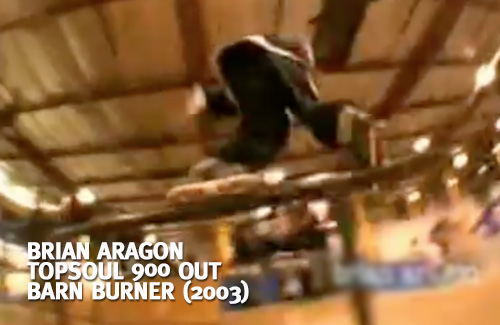 In an age where spin to win has been demonized, we quickly forgot why these kind of tricks were revolutionary. The reasons for including this trick are two-fold. First, you can view this as Aragon’s coming out party. I remember the rumors filtering down through message boards to utter disbelief. “No one can 900 out of a grind!” The sequence in Daily Bread followed, which even as a visual representation was just as boggling. It put his name on the map and led to a successful career as one of the boundary pushing pioneers of our sport. There is always an argument for aesthetics but you cannot deny progression. In that same vein, this was the moment when spin tricks jumped the shark. They had become so far removed from the average rollerblader that they were no longer relatable and this began the reactionary movement (i.e. your Road To Nowheres and Meantimes) towards a more straightforward time, pun intended. 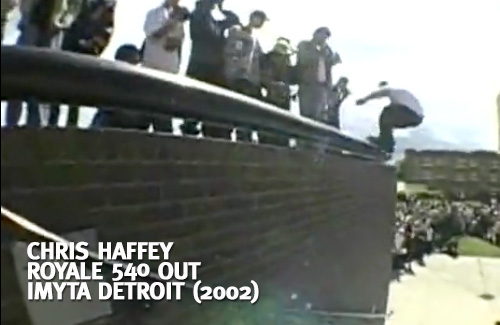 How far did you think I was going to get before Superman came up? What makes this trick extraordinary is the pure ubermensch spring-loaded legs NOBODY ELSE EVEN LOOKED AT THAT quality of it. There was the rail, there was the gap… maybe you could stair bash to the crowd’s delight. There was only one person who would consider jumping up and grinding what was formerly crowd seating. Where spectators position themselves is usually a good indication of what is thought to be possible, a trick based zeitgeist. For added flourish, he fived out of it. Ladies and gentleman… 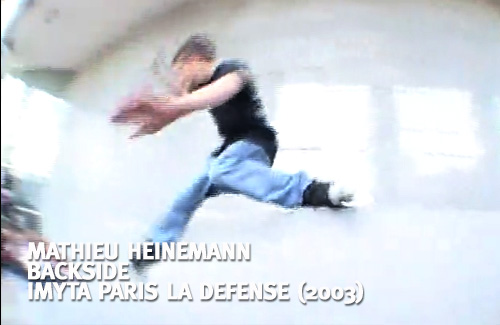 Having organized several competitions, I’ve learned an equation of when people will gamble their fortitude against their health. Considerations must be given to tiredness, crowd enthusiasm, logistic planning amongst others. On the other hand, you can’t plan for the bravado of a reputedly reckless Frenchman. This spot is not casually sessionable, demonstrated by the number of tricks landed. Heinemann is like the fleck of snot in a competition’s Petri dish and he’s single-handedly altered. This win was well deserved. 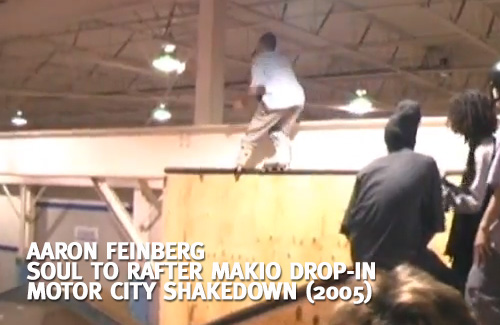 Eeron Feenburg largely dedicated his all-too-short career to bringing us moments of unfathomable absurdity. For those that need a reference point, see his whole second section in Mindgame’s Words. Motor City Shakedown seems like it was tailor made for the former child star to shine. The obstacles specially created more closely resemble a video game. With stiff competition from Shima, Stockwell, Bambrick and Henry Hubbard, Aaron was destined to take it to the next level with a trick bordering on a suicide attempt. Upon first look, the makio transfer almost reads as an afterthought. Instead it became the stuff of legend at one of the last major competitions Airborne Skatepark would hold. 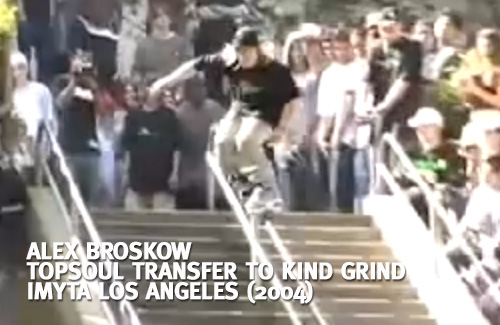 This list is IMYTA top heavy and for good reason. Starting from an extended middle finger right outside of the X-Games, Jon Julio’s creation came to symbolize a watershed moment in the shifting landscape of a sport that had the monetary rug pulled out from underneath it. In large part, it inspired a level of community that you can’t find in other extreme endeavors. There isn’t too much to say about this trick. Rollerblade and AJ’s KFC productions were introducing our favorite Midwestern prodigy to the largest audience possible. He crock-pots a level of tech and gnar that no one else was stewing at that time. The win was split between him and Jeph Howard that day and unfortunately history only remembers the biggest exploits (sorry Jeph but 360 danglefish doesn’t count). Either way, this trick has gone missing in the rollerblading annals and deserves it credit. 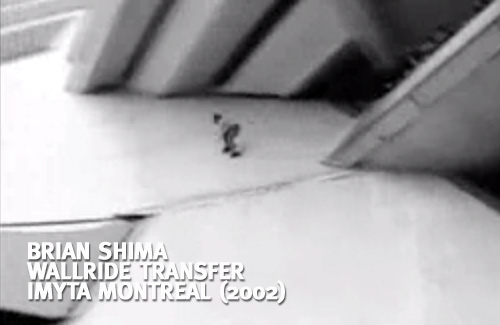 This once again impresses me from a logistics standpoint. The best competition spot offers multiple options that can all be viewed at once. For all the young bucks on the rise, the tactic to win a comp means doing tricks that both the crowd and judges can see. Be a showman—bring the Weis show. It requires a spectacular event not only to garner attention but to captivate the entire crowd into stopping and waiting for a single competitor to execute one of the most innovative stunts of our time. Mix in one part vision to see it, and two parts skill to execute, and your blender spits out a tiny Shima shredder. To be fair, Neou Men did attempt it first in Kizer’s Outsiders but who saw that beyond me and my cat? This trick takes the number one spot for its easily iconic status. To prove my earlier point, Selwin Briggs also won this comp…

Honorable Mentions
Had to include the biggest compt trick I’ve seen in person.

And finally, no comp is complete without a little bit of sadism thrown in. Everyone is a hero for a day. May I present Chicago’s infamous 540 to ass.

Proud to have seen/filmed two of these in person.

Jeph Howard’s winning trick at the i4i Battle in Des Moines, IA needs to be on this list. Gap off 6ft fence to 30 stair steep rail.

tough to capture the excitement and unexpectedness

obviously this is a subjective list by nature, but im surprised that neither Shima’s royale across and down at Bercy nor Rob G’s royale at the final 4 were on there