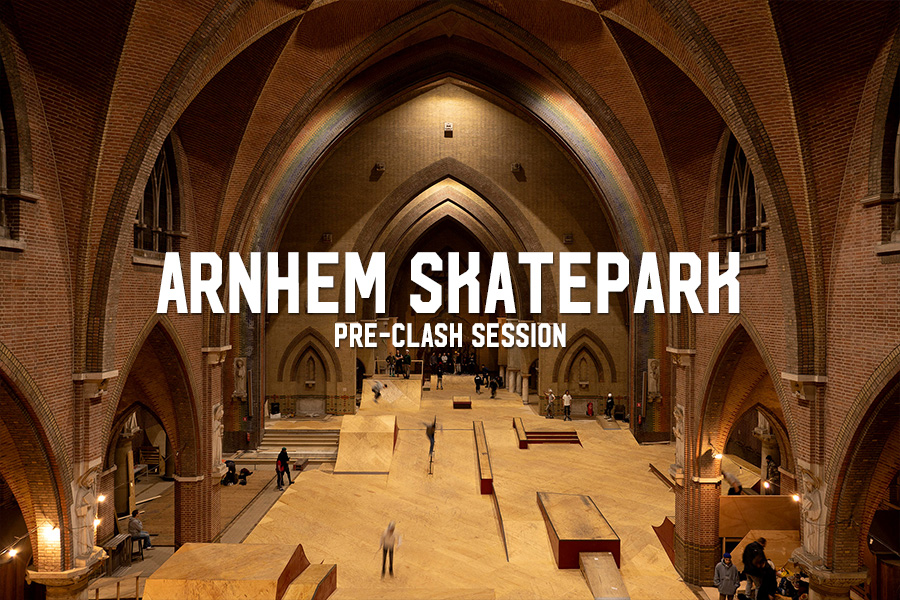 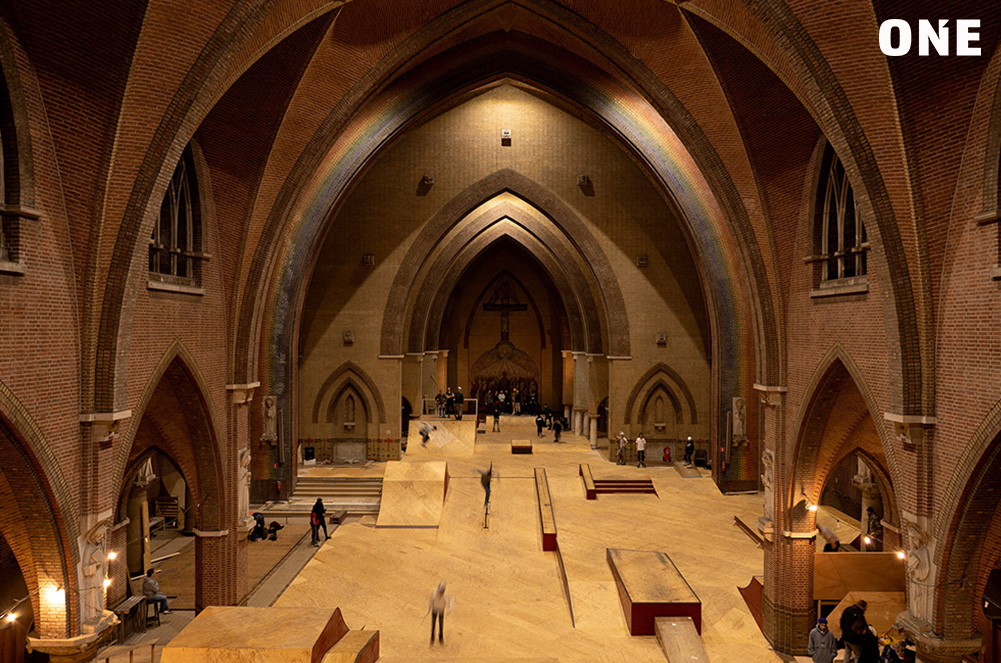 Back in 2011, the city of Arnhem, Netherlands, converted the St. Joseph Church into a skatepark. Known as the Arnhem Skatepark, or St. Joseph Kerk Skatepark, this skatehall is a truly unique setting to blade, and before making his way to Winterclash, Steve Steinmetz had the chance to visit for an official Winterclash Pre-Session hosted by Bachir Benchagra. Having organized events throughout the Netherlands for several years, Bachir was ready to tell us all more about the events and what’s new in the Netherlands. And lucky for all of us, rad bladers like Jelle Briggeman, Yuto Goto, and Pascal Tan were there to lace tricks for the camera. 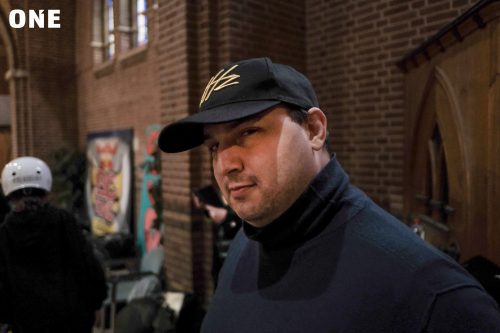 Hey Bachir, nice to meet you! People tell me that you organize events like this pretty regularly. That’s cool! Tell us which ones.
Hi Steve, it’s great that you are here this year. We have many events in the Netherlands throughout the year. Like BOK, Pro Freestyle, Urban Sports Week Amsterdam, and of course we have the Winterclash. A week before Winterclash we have the park battles — this was the fourth year.

Later in the year I organize a street session in Katwijk aan Zee, and I occasionally organize real street events and some small sessions. 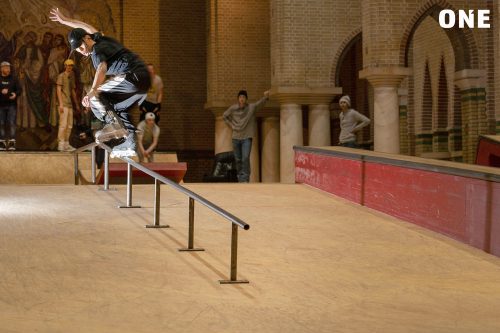 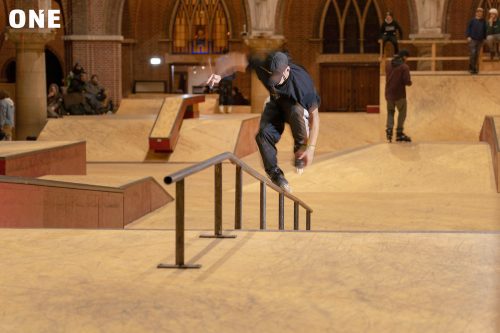 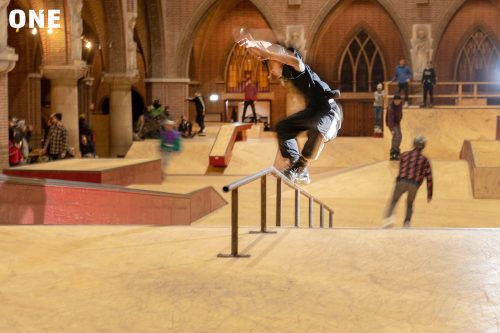 What got you into running events? It’s not easy!
I’ve been organizing events since growing up as a 12-year-old in my village. I enjoyed it so much that I continued making skate events in the Netherlands. That’s why I set up Dutch Blade Events and then I organized my first competition: Realstreet Groningen. That worked out so well that I looked for another challenge, and that’s why I organized the park battles.

The approach of the park battles is like this: A different skatepark every year one week before Winterclash. Plus we renovate most of the skate parks a little, which makes it even more fun. So far the park battles were in: Utrecht, Arnhem, Rotterdam and this year in Hoorn. 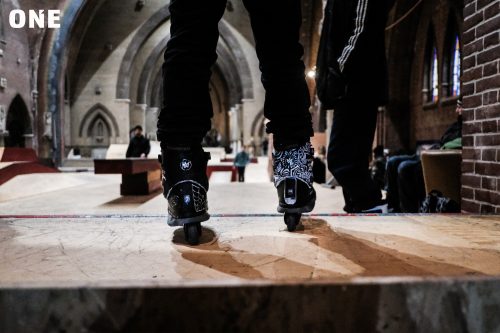 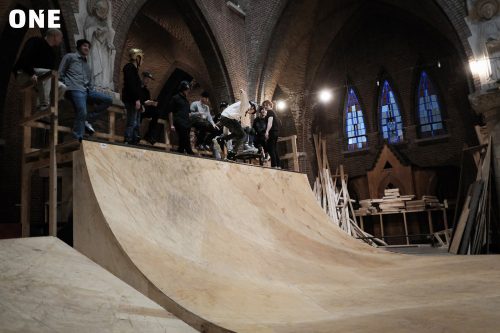 Tell us how you got support in creating this event and who helped you along the way?
I organize it broadly, but I have a large number of sponsors who support me and the events every year. My biggest event is the park battles, with about 150 visitors from all different countries. But of course, I can’t do it without the rest of the inline scene. The Netherlands is an intimate scene, everyone knows each other and supports each other. We have a group app with ongoing discussion about competitions and sessions, where people can also see what they can do to help out! 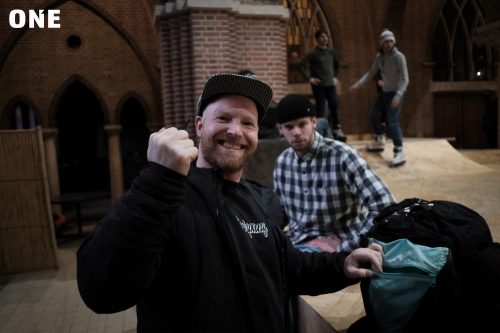 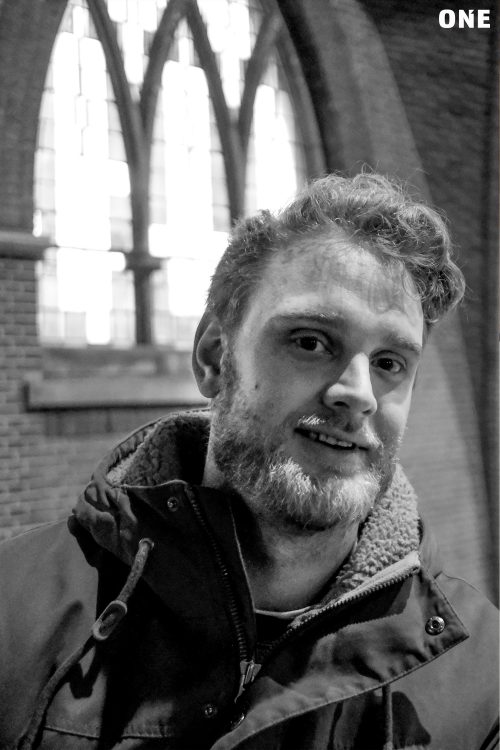 What was the best event to do and why?
The 2017 park battles were the best and coolest! This time we were in Arnhem and the skatepark had been completely renovated. Big names came out, and there was a good amount of the general public. Because it was in a church, it caught the attention of a local TV channel. I also did a live interview on the radio. That was a very nice experience.

Of course we wanted to have another session in this beautiful church. And that is why we were on holy ground five days before Winterclash. 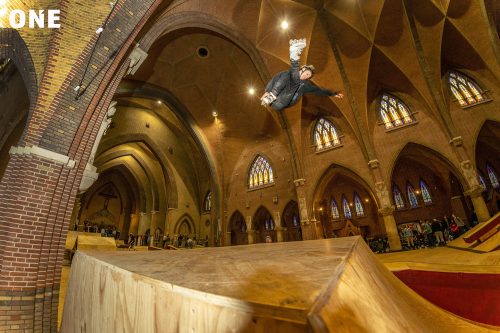 What do you think of the kid’s scene in Holland? Are there many new kids on blades? And how do you get them to your events?
I love to see kids on blades! We have a lot of kids in Holland that are learning to do tricks on inline skates thanks to Ivo Vetger at ThisisSoul. So the scene is getting bigger and bigger, and we have some good kids here. Look at Jaro, Randy, Levi. Now we also have some younger skaters in Amsterdam that are learning very fast, like Puma and Laus.

That’s why we have a junior contest during the real street, during the park battles, and everywhere.
Sometimes we even have goodies for prizes during the sessions. That gives these up-and-comers that extra boost to try a new trick anyway. We try to remember that these kids will have to take over the sport and pass it on to the next generation, so we treat them with respect and admiration, and give them their chance to shine. 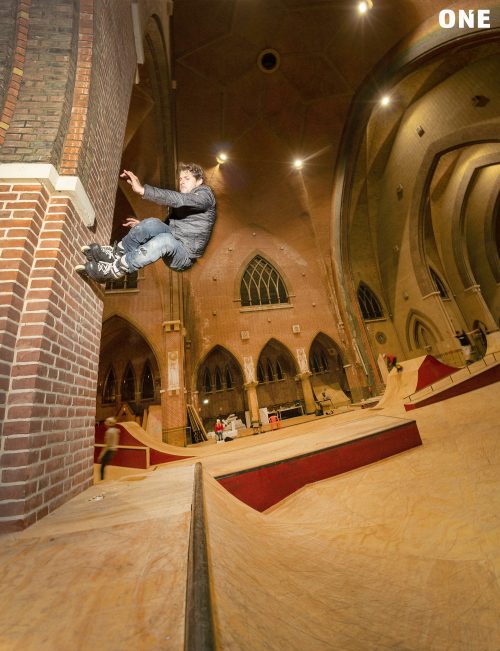 Tell us about the upcoming Dutch Blade Events and what Blading in NL has cooking. We want to make sure people get there!
The following event that I organize as Dutch Blade Events in collaboration with Blading NL is Real Street (the location will be announced later). But of course, the Netherlands is always a hot spot for skating.

The location for Park Battles is also a secret for now. But I will say that in 2020 we’ll do something special for our 5-year anniversary. Keep 8 and 9 February free in your agenda and make sure you are in the Netherlands! 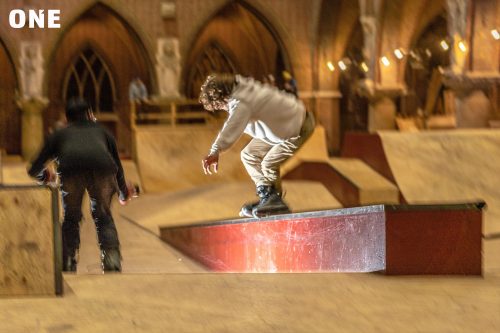 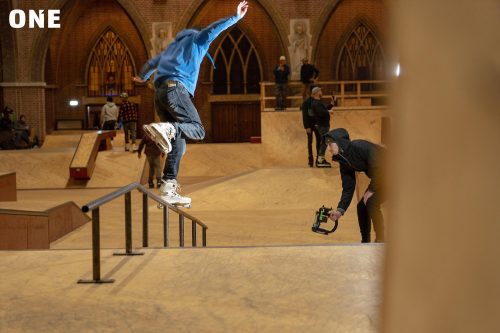 Who would you like to thank for all the support in recent years?
I want to thank everyone who skates! That makes our sport stronger.

Of course, I want to thank all sponsors for everything they send us for the events, and all the skate parks for their cooperation and renovations to the parks.