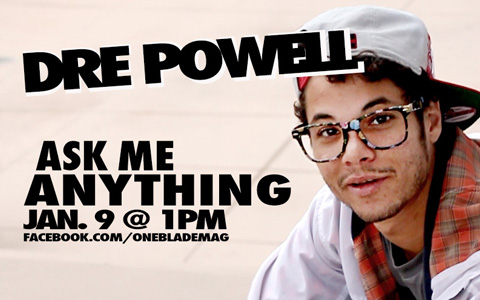 Ask Me Anything: Dre Powell

Written by ONE Staff - Published on Monday, January 7th, 2013 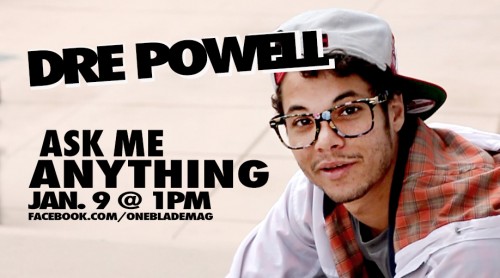 There aren’t too many pros in blading — active or otherwise — that are as universally celebrated or emulated as Dre Powell. From trend-setting blading to his unforgettable personality and the many video sections, photos and tours in between, Dre’s legacy is one for the record books. Go back more than a decade to the early ’00s when his status from East Coast shredder evolved to internationally-recognized icon, and instead of just basking in his personal success, Dre worked to elevate his scene and fellow rollers. Amongst the many people he inspired or mentored are Will Gordon and Montre Livingston, not to mention videographers such as James Reetzke and Kenny Owens. He skated for Skatepile and Fiziks. He once “fought” Charles Dunkle in a magazine. And he arguably brought the self-styled rapper to rollerblading. For all this and much more, Dre Powell is our very first subject in this new series.

So here’s your chance… Wednesday, January 9th at 1 pm (PST) get on Facebook.com/oneblademag to ask him anything!

Thanks to Jay Dick for the idea. 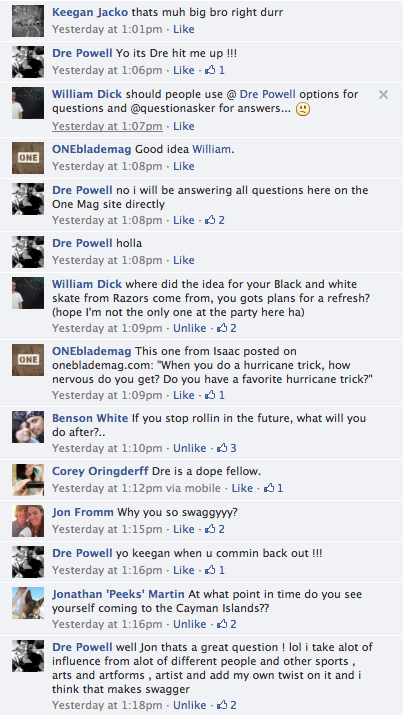 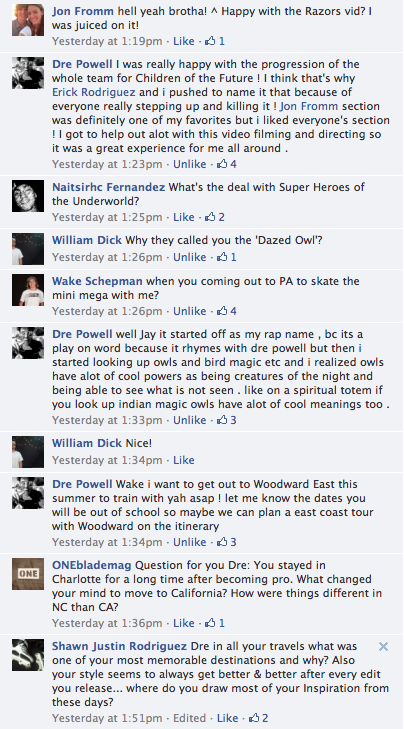 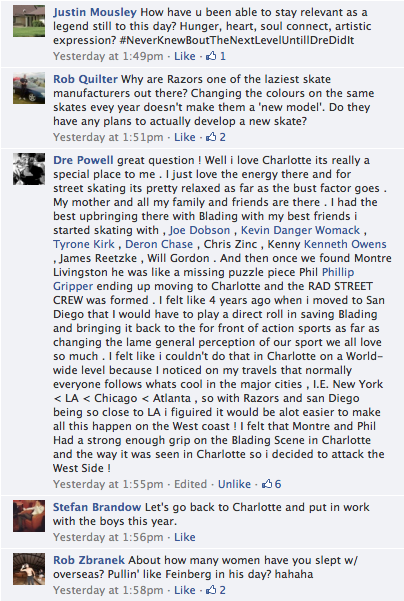 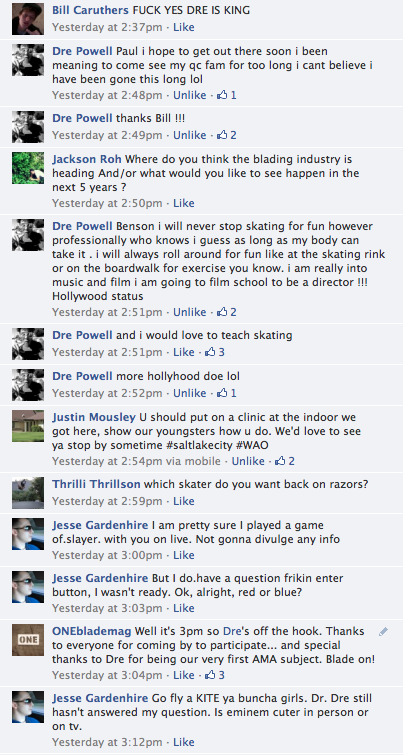 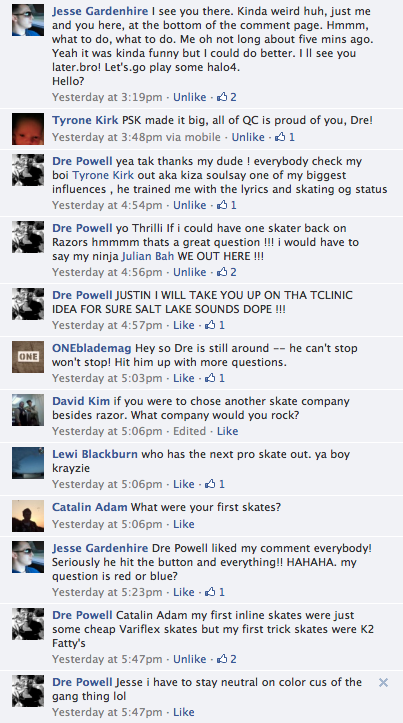 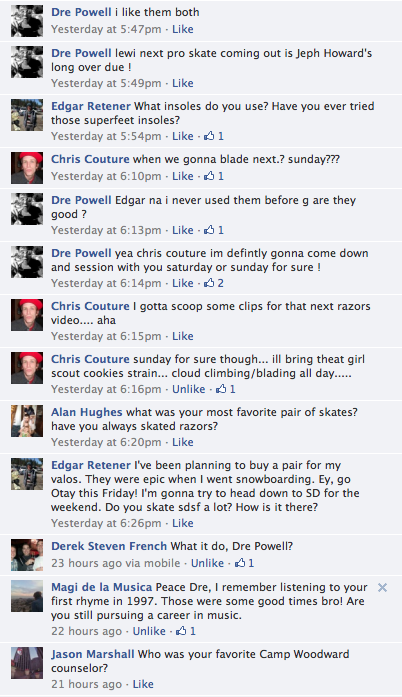 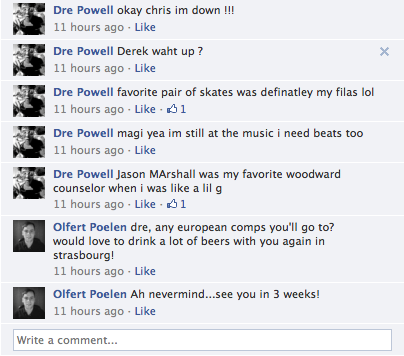 what and when was your first blading related broken bone?

Thanks for dropping some questions guys, but the AMA will take place LIVE on Facebook this Wednesday at 1pm Pacific Standard Time. Check out http://www.facebook.com/oneblademag to be a part of it!

is it true that you and korey gonna visitthe backyard skatehall in kalrsruhe, germany ? 😀

Yo bro since u didn’t come to Winner of Belgrade, will u come this year in Serbia?

when did you first realize you were gay?