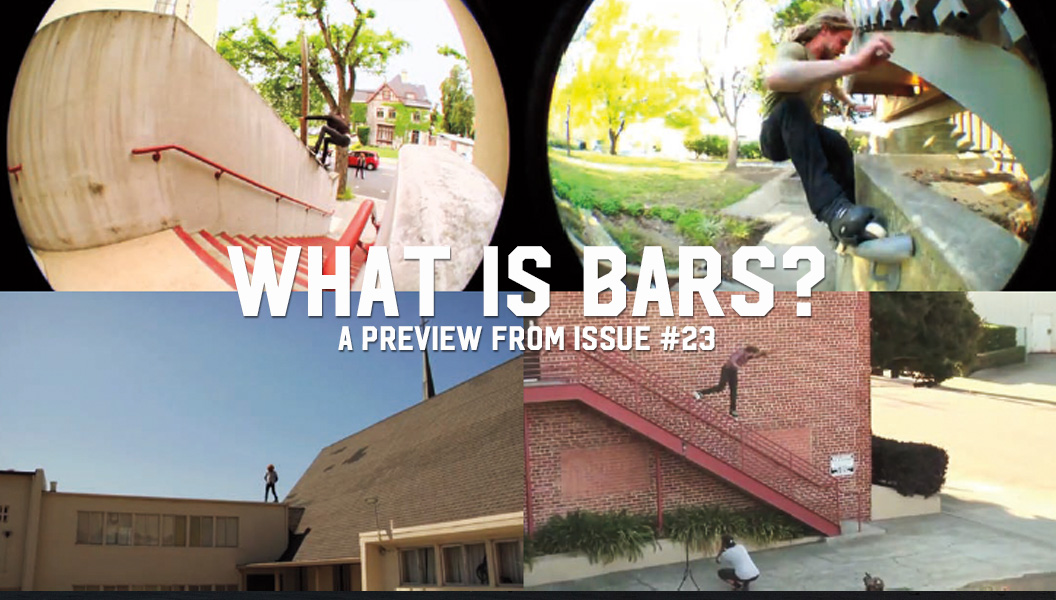 Written by ONE Staff - Published on Tuesday, October 3rd, 2017

#BARS is a full length blade video from the San Francisco Bay Area that Michael “Gumby” Braud put together with his friends Cameron Talbott, John Vossoughi and Daniel Malm. Drew Bachrach caught up with Gumby in time for a preview of the video to make its way into Issue #23 — and we’re showing that off here with bad-ass pics by our man Erick Garcia. Cop the video and get Westside.

In the beginning of April there was a blader pilgrimage to Camp Woodward for a celebration of legend Jon Julio’s 40th birthday. I drove up there with an old friend of mine and upon entering the facility we discussed our expectations for the day. I was already interested in talking to Gumby about #BARS for this article, and I knew he was going to be skating, so I mentioned “You know, Michael Braud is going to do something crazy today” and like clockwork we werestartled by the unmistakable sound of somebody blasting a high-speed grind across pool coping. We both spun around and there was Gumby, dressed in all black, rocketing a stand up top soul across what must be a 50 ft-long, hip-high ledge that crosses deck to deck over an outdoor cement bowl. All we could do was laugh — “Now that’s timing!” 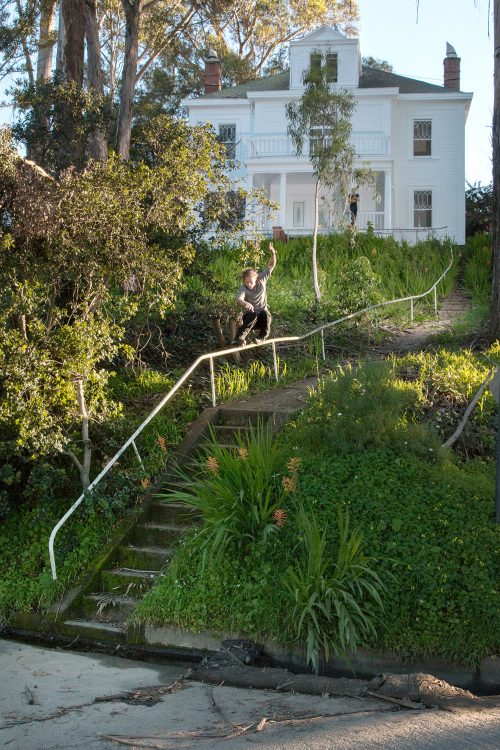 Throughout the day I would catch glimpses of Gumby sessioning some random obstacle off in the distance all by himself. Every time I’d mention it to whoever was standing next to me I’d always get the same look: a half smile, half shrug. A non-verbal “Yeah, that’s just Gumby being Gumby.” When I finally got some face time with Michael after the session I introduced myself before giving him the third degree.

The usual video talk was there. “We have been filming for two years, all in the Bay Area… there were a few lags on people’s sections but it’s almost finished etc., etc.”As much as I respect the rest of the guys in thefilm, I really wanted to talk about Gumby’s section with the man himself. His first comment unnerved me, “This is going to be my last section.” I instinctively yelled “WHY?!” 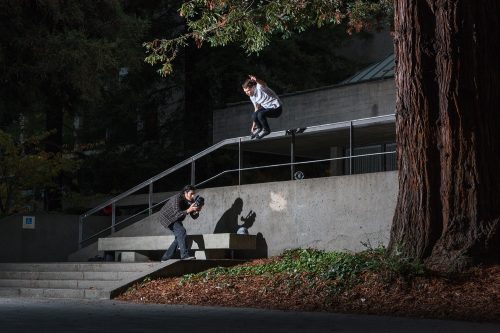 Then he broke it down. “I’ve had about 10 sections in videos. In every one I put it all on the line. Now that I’m out of school, I can’t show up to work hurt or covered in scratches, I have to be professional or I just won’t make it.”

That’s when it sunk in. I thought to myself “Oh yeah, that’s right. This kid has been going hard for a while now, real hard.” Every one of his tricks in my memory bank was huge, unnecessarily dangerous, confusing, or a mix of all three. “I’m still going to blade, but I’m just not going to film any more sections.” 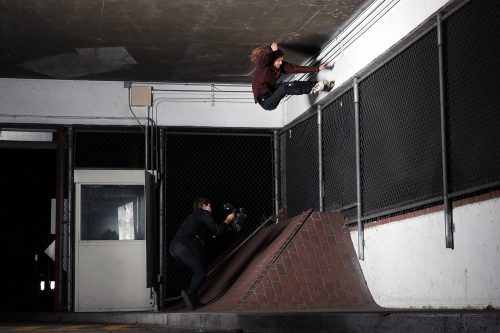 I was relieved. It was reassuring to know that even if he’s not out there lining up stunts to film, his energy will still be rolling.

We need more dare devils like Gumby. Guys willing to follow the legacy of anti-heros like Pat Lennen, Carlos Pianoski, and Champion Baumstimler. Guys whose trick magnitude hits you like a ton of bricks. Gumby’s skating has always been, if anything, dangerous — and it’s good to know that he’s going out with one last death defying section. 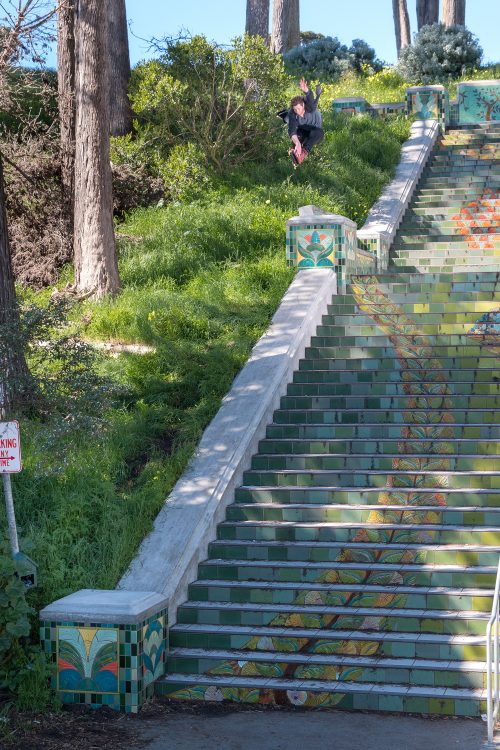 This video looks gnarly! However, I clicked the link and it is no longer there? Anyone know how i can purchase a copy?

I was Wondering exactly the same. I been looking for other links to this but cant find it anywhere. If someone got some feedback on this let us know. Thanks !