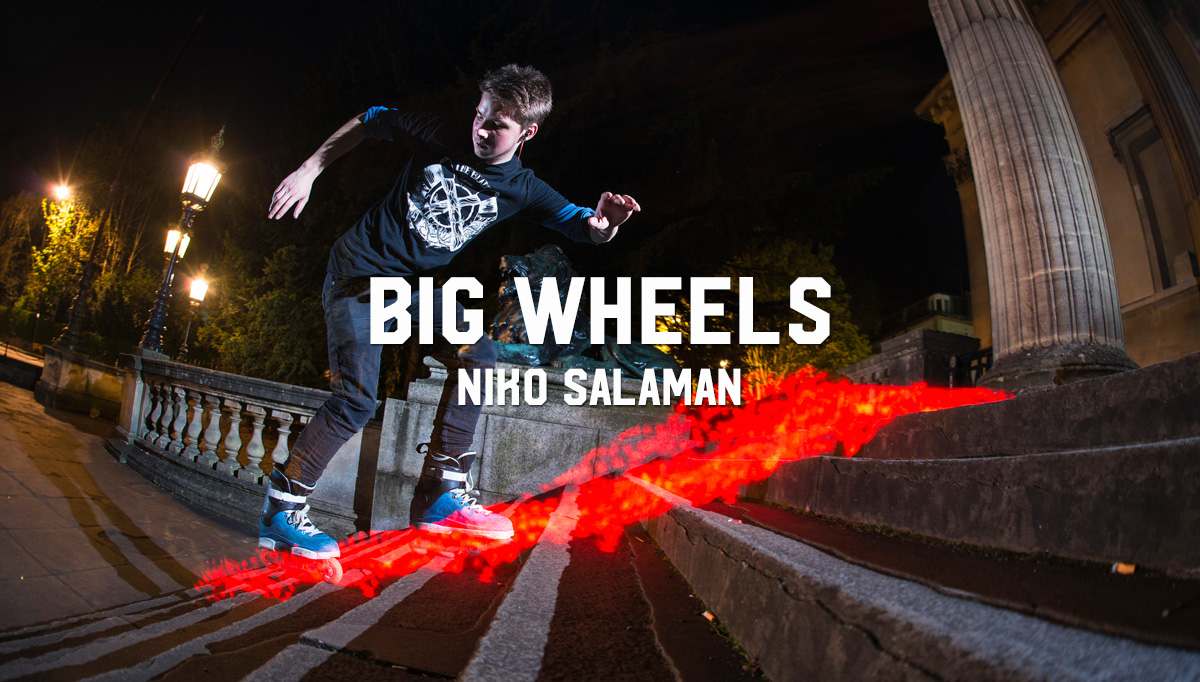 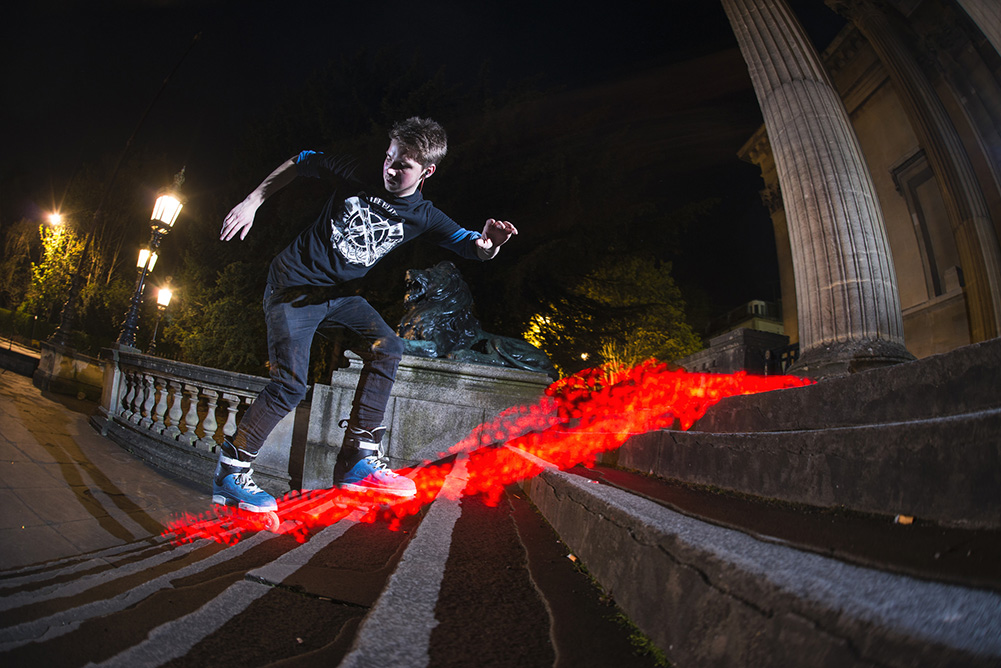 Written by ONE Staff - Published on Friday, September 2nd, 2016

Powerblades. Tall boys. Eighty mils. Fast shoes… whatever you want to call ’em, big wheel setups are becoming more popular and more common within our dedicated legions of freestyle rollers. And with the recent additions of LED lights and slider sparks technology, smooth-rolling power blades are visually louder than ever. Sam Cooper agrees, so he and Niko Salaman took to the dark streets of Bristol to document the changing tides of blade trends while capturing a unique type of nocturnal emissions that blur the lines of expectation with dramatic results. 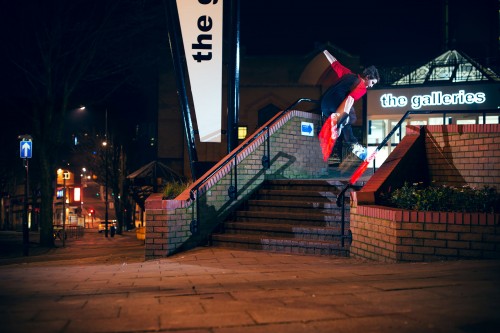 As the only person I know of in Bristol (population 430,000) that is under the age of 19 and can skate a moderate-sized handrail is me, it’s safe and sad to say that we are a dying breed. As I got into blading alone and influence-less, it’s become apparent to me that today’s youth genuinely have no idea what street skating is. This has become part of my reason for the big wheel city excursions, as they allow me to cover more ground of the city, quite literally highlighting how amazing blading can be to a really wide audience of random by-passers, commuters, school-kids, mums and dads… you name it.

So after investing in a pair of clear Kizer Level One frames and 80mm Flying Eagle wheels with super durable dynamos that glow bright red, plus cylindrical magnesium inserts (in the urethane of the wheels) to spark up the ground, all I got were smiles and stares, gasps, and dropped jaws from the people of Bristol as I cruised around the city at night. Even the football hooligans started cheering “he’s got red lights! On ‘is feet!!” and I’ve lost count of the number of people asking me where they can get some wheels. 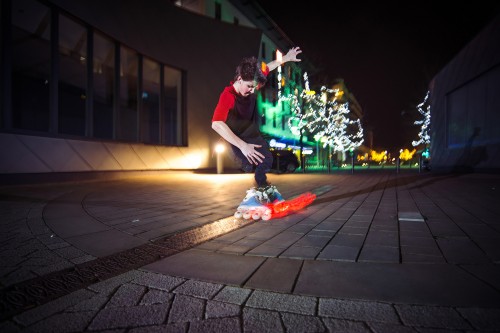 From my point of view, until just a few years ago the aggressive blading community had pretty much deemed powerblades an activity to be repressed. I remember making it distinctly clear that I was not a “powerblader” when explaining what I did to people in school or family relatives — being careful to emphasize that it involved big jumps, handrails, and skateparks! But now I can’t say that anymore, and in retrospect I can see that it mattered more to me than it did to my audience as it was about how I wanted to be seen by others. But now, after street skating and filming all around the UK, I can say that it doesn’t matter what size wheels you’re blading with — the masses will judge what they see you actually do based on their own individual perception and background, bias and non-bias views included. 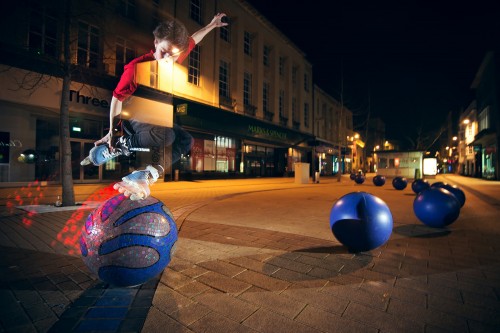 However, I think after the appearance of an aggressive boot with big wheels and soul plates, our little suppressed society had a small taste for change. This allowed us to break out and explore the limitless creative capabilities made possible by the revolution of adding 20+ millimeters to our wheels. 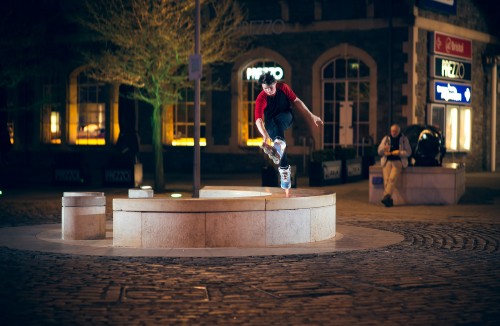 Today there are bunch of innovative options available, like BIG and BAKE frames, and now the USD AEONs. Even though these now exist, I still find it easier to have two separate pairs — each set up as I wish. Because despite of all the incredible evolution and achievement of late, I think we’ll always compromise a small aspect of our blading if we try to have just one setup to do everything. Of course that comes down to personal preferece — wholly subjective. So just do what you want and have fun. — Niko Salaman