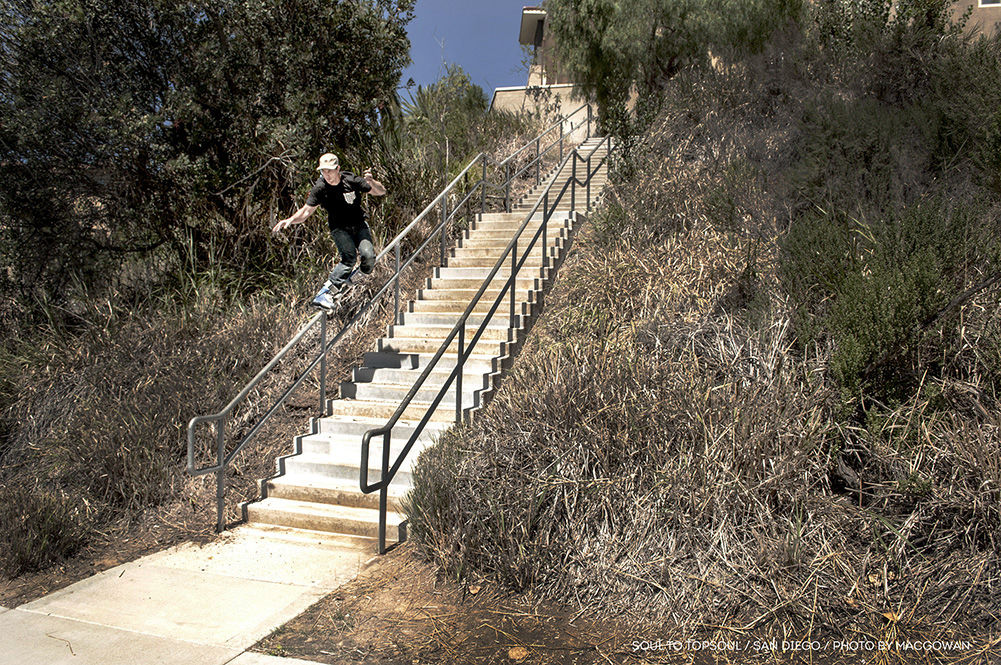 In September of 2015 ONE flew Adam Bazydlo to San Diego to work on a print feature and video on demand for the magazine’s twenty-second issue. That feature interview has been printed and shipped around the world, and the VOD is complete and soon to be released on August 22nd. In the calm before the storm, we caught up with Adam to talk about reading his own words in a magazine, how his life has evolved since coming to SD, getting hurt while filming on a five-day trip, and how excited he is for you to watch his VOD section. Here’s the story straight from the man’s mouth… 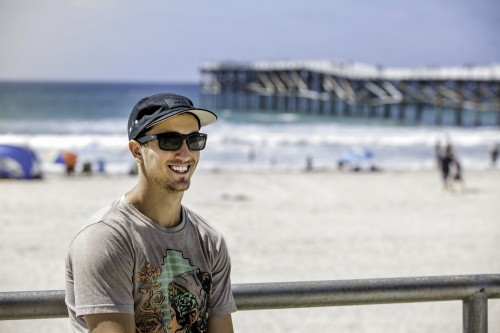 So Adam, Issue #22 with your feature interview and cover is out there in the world — and your VOD is about to drop in a few days. How you feeling?
Excited! There are so many talented bladers in the world and I’m thankful to have received the opportunity to come and shoot with you guys in San Diego. Always been a dream to come film in SD and I’m glad y’all made it happen.

Considering that this journey started just about a year ago, how convinced were you in the meantime that this shit would never work out? Haha!
Hahaha! I was reluctant to hear when you were finally wrapping it up, but I knew all that footage would surface at some point.

Since coming to San Diego and getting this project going, how has life and blading changed for you?
Life has been pretty crazy for wifey and I the past few years, with more moving and hecticness than we’d like, but we’re finally settling back into Atlanta nicely. We move into our new place September 1st, and I’ll have been at my new job for just over a year, so things are finally feeling normal again.

What sort of reaction have you gotten from people about your print deal? Good, bad, indifferent?
I am fortunate to have so many positive friends in blading, and I’ve received nothing but positive feedback about the issue. Issue #22 is a great read cover to cover! Write ups on Scott Quinn, Rian Arnold, and the Cleveland scene! Straight fire.

How about your thoughts on it? Did it turn out like you pictured and hoped?
I was really surprised with how much we got done in five days. After the big fall on day two I didn’t know what we’d do… So it was great to hang out at the beach and relax for day three. My ribs started feeling better, and we got shit done — it was awesome.

What’s it like reading your interview? How did you sound to yourself — anything make you cringe or get you hyped up?
Haha, it was pretty weird and surreal. Couldn’t believe I was the one being interviewed for ONE Magazine. I definitely wished I mentioned some other bladers that inspire me, like Haffey, Sizemore, and Geoff Philips to name a few. Otherwise I think we hit most of the topics and my views on blading and the industry, etc. 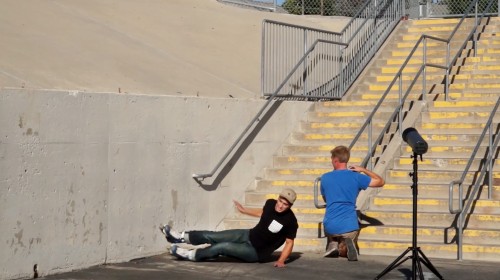 I’m not sure people understand how messed up you were after that rib pull off the rail to drop — it’s a miracle you bladed at all after that, let alone laying the hammers you did! Fromm and I were watching the edit the other night and he saw the backslide to ass-check and asked if that was the one that did you. I was like, “That hurt him, but nah. He did the wall ride gap right after that anyway.” LOL. Anything to add to my rambling “question”?
It was very intimidating to come out there knowing we were trying to get a large concentration of clips in a short time. I didn’t feel the pressure from you guys, I put it on myself regularly anyways. That fall really sucked, mainly because I wasn’t sure what I did to myself exactly. I really wanted to get the 5 out of the drop, but we got a clean take. Sometimes ya just gotta know when to lay up, and that was one of those times.

Nonetheless it was beast mode all the way. So sick. Though Fromm has been on a mission to one-up all your spots because he’s a bastard. So you’ll have to come set him straight again. Haha.
Hahaha if someone’s gonna do it, I’m glad it’s Jon! We always competed and pushed each other on big shit, and I miss doing that with the Frommunist.

You got back from the CORT recently, yeah — was that your first one? How was it?
If ya haven’t been on The Colorado Road Trip before, I suggest you plan on it now. It’s a blade experience like none other. If there was no blading at all, it would still be great. Bladers from all over meet up in the Rocky Mountains to camp, hang out, share stories, drink brew and massive amounts of water… Oh and there’s blading at pristine skateparks you can’t even imagine.

How’s the wheel doing for ya? Are sets still available anywhere?
I have no complaints from Sic Urethane, they’re the best wheels I’ve ever ridden, period. I had a couple sets long before my wheel came out, and the durability and longevity of the wheels are unmatched. Flat or round profile, SIC is making the best wheels on the market right now. You can get them at SicUrethane.com or your favorite local skate shop! 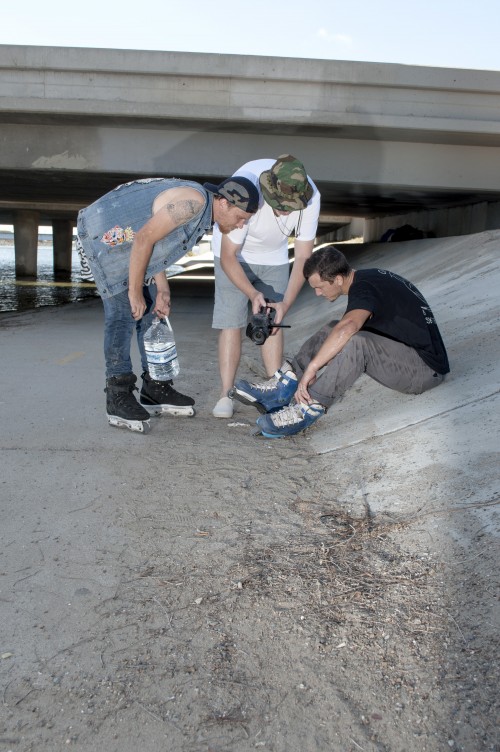 So what’s next for Bladezilla — and when should we expect you in San Diego again? Anything else we should ask/know about but forgot?
Still in the process of filming for my Sic Urethane wheel section with Branden Andersen, so look out for thank in the next couple months! I had a serious groin tear back in February while out in Louisville for TC2BO. It took me almost 4.5 months to really heal from it and it was kinda devastating. I’d never been hurt that badly from skating before and thought it would never heal. Almost 6 months later and I feel 100% again, ready to knock this thing out!

Well dude, it’s been real and I can’t wait for everyone to see the final presentation of all your hard work when the VOD drops on 8/22. Get it HERE!