We gave Julien Cudot a chance to talk about the WRS event and share his perspective. And since he and Brian had just been locked in a tight battle, it seemed only fair to afford Brian the same opportunity. So we asked him questions similar to what Ben asked Julien. Here’s what he had to say…

Yo Brian, it’s getting late in Denver but it’s early in France and this WRS voting is close. Are you paying attention to it? How do you feel about it?
I was definitely paying attention to the voting. I honestly felt like the last day of voting that I would have a good chance to move ahead, but as everyone saw that never happened.

What do you think of the tone of the event so far, the rankings/bracketing… And Julien beating out Sizemore?
The event seems to be going okay. In terms of skating it has been great, for the most part. There have been some amazing sections. The event has gotten people excited and passionate, and I think that’s also a good thing to see. I’ve heard rumors of people being able to change their IP address and vote numerous times, which is a bummer since we’ve seen how close the voting has been on many of these sections. I think if WRS wants this event to be a staple in rollerblading, they need to make sure that they spend as much time making voting secure as we spend making our sections. 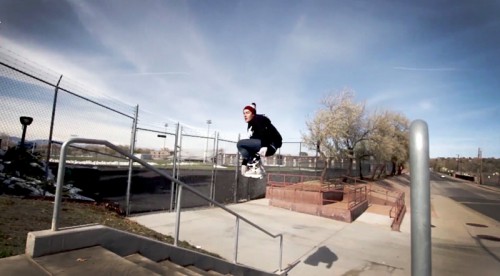 How many times have you been to France? What were those experiences like?
I don’t know the exact number but I’d say around eight or nine times. I’ve had a great time every time I’ve been there; they have so much culture and are extremely proud of their country. I hope in the future I can make it back out there again!

You moved back to CO from CA and then put out this nice edit in the cold. Was it different street skating in the winter back home rather than in the relative warmth of San Marcos?
Being back home has been great! Colorado has such a great blading scene and, in my opinion, some of the best up and comers out there. After being in Cali for the last two years it’s been nice skating in a different environment and getting to skate new spots that I didn’t know about before I moved.

People seemed pretty stoked on your blading and definitely paid attention to that ao wall ride 540 out. Can you tell us about how you came up with that trick?
I’ve actually skated that spot multiple times in the past but never did anything impressive. I remember the last time I saw the spot I thought about the trick but I never got the chance to try it. Once the Uploaded contest came around I thought it would be cool to have a trick I’ve never really seen anyone else do (not to say nobody’s ever done it, I’ve just never seen it). 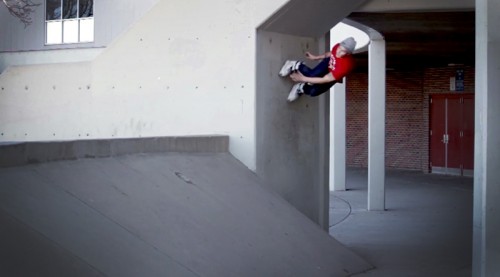 What have you thought about some of the other edits in the contest? Whose have impressed you the most?
I’ve been impressed with a lot of the sections in the contest so far! In my mind there are sections that stood out and showed skating at a higher level than others.

You have skated in a lot of traditional contests and now two WRS Uploaded competitions. Which of the two formats do you prefer?
I like both formats equally. If the system was set up better I’d probably say I prefer the Uploaded format, but for the moment I think I just like it better because it’s something new.

What do you think about the chest-beating, flag waving sort of nationalism baiting that’s been going on with this contest; good or bad?
Ehhhhh, I’ve thought I has been funny for the most part; I didn’t personally see anything get taken too far. It’s just something that is going to happen when voting is involved. You would think the voting would be based upon the quality of the skating and quality of section, but you have to accept that it’s not — that’s been tough to accept. 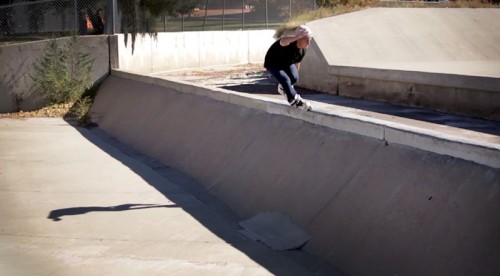 Have you ever gotten to skate with or chill with Taig Kris? Any thoughts on what that might be like?
I’ve seen him in the past at ASA events when I first turned pro and have watched him skate a few different contests. I’m kind of short and he’s pretty tall, I think with his nose so high he might not have seen me. I respect what he has done, he definitely exposed rollerblading to a crowd outside the rollerblade community.