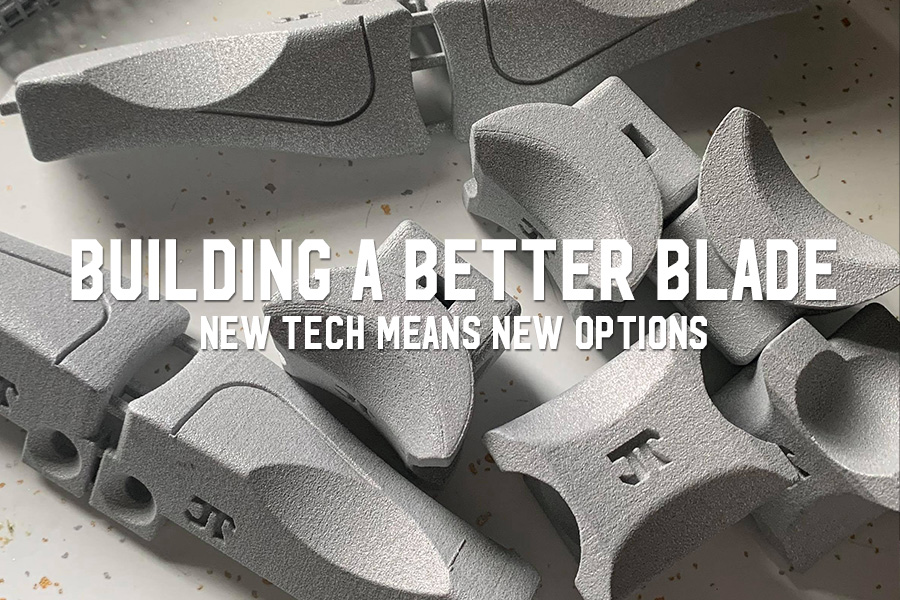 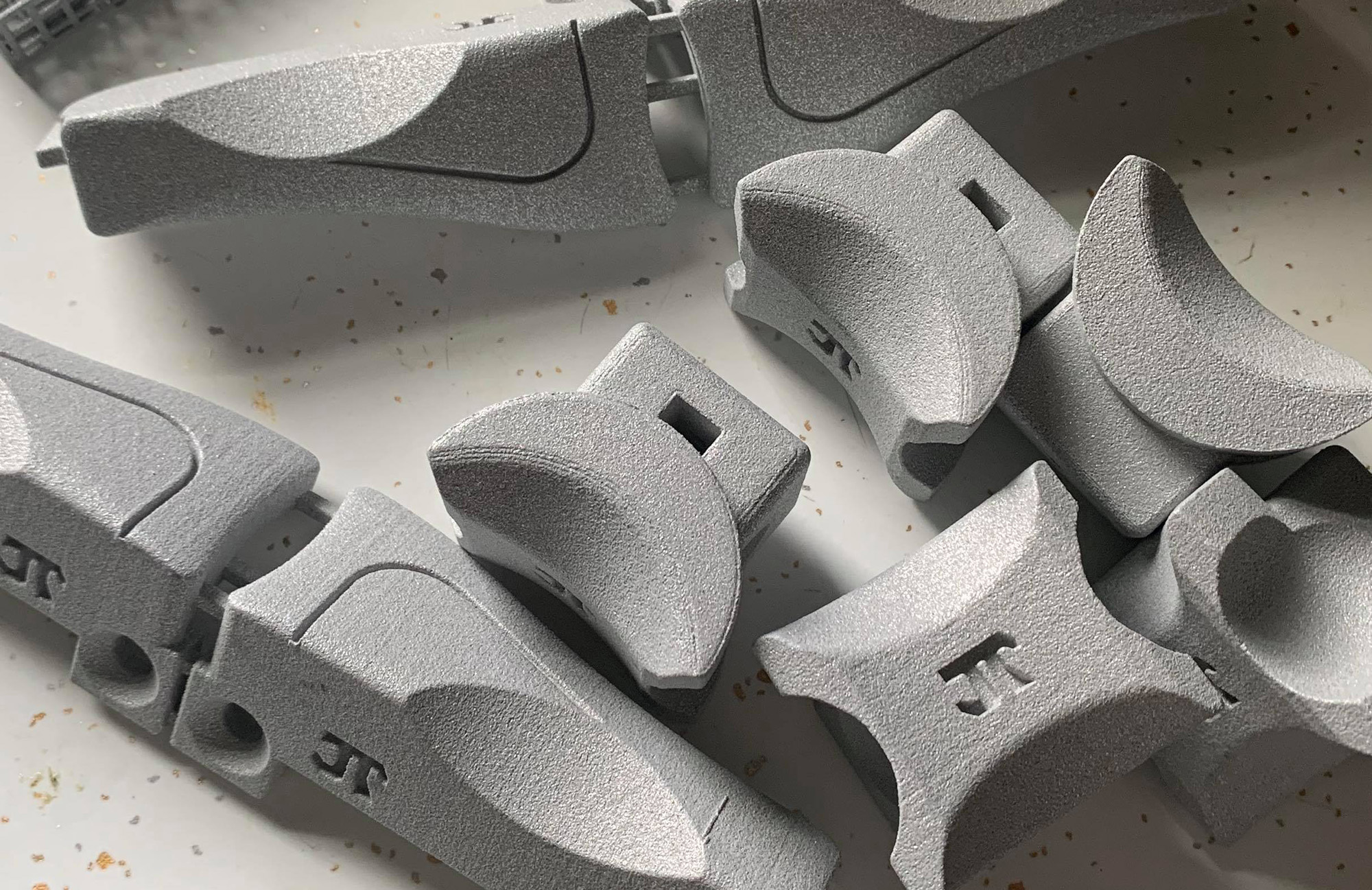 Ever wished your skates worked differently, or there was a different replacement part, or some sort of aftermarket accessory? Justin Thursday did too, but he went the extra step to make all his own! From metal Ground Control h-block upgrades to hybrid Deshi-Aeon mashups that defy normal skate logic, this mad blade scientist is putting modern technology to use leveling up the efforts of the DIY skate customization scene. Learn more about what he’s been making, how you can get your hands on any parts for yourself, and maybe find inspiration to launch your own creative efforts. No matter what, enjoy this look at Building A Better Blade.

Hey Justin, so before we dive into the whole parts conversation thing, which is why we’re here today, let’s get some basics out of the way. Tell us your name, where you live, and how long you’ve been skating.
Hey! My name is Justin Fuelling aka Justin Thursday. I live in Lorain, Ohio, about a half hour west of Cleveland. I’ve been skating for about 25 years.

And right now you’re mostly skating your home setup, eh? How long have you been working on that?
I get out for a solo street session here and there, but yeah, I’m mostly skating at home. I started on the home skatepark last spring with the 10’ box, then I built the 16’ quarter pipe in the summer. I upgraded the box to 20’ and built a couple smaller quarters for some flow in the fall.

Have you always been very do-it-yourself with your skates and skatespots?
Oh for sure. I’ve been tinkering with anything I could get my hands on since I was a little kid.

How did you get started creating your own aftermarket blade accessories?
I’ve been designing souls and frames pretty seriously for a couple years now, but I knew that having them machined was going to be out of my budget. I’m still working on hand machining them myself, but that project is going to be tedious so I’m really taking my time with it.

When I saw Kyle Sola’s interview with Jump Street Podcast at WYII, and he described making h-blocks out of 3D printed alumide, I was absolutely fascinated. Making my own skate parts finally seemed accessible! I figured the material had to be strong enough to make some other parts so I decided to relearn CAD software and see what I could come up with.

Is that something related to your job or career? Or just a hobby?
It’s just a hobby. I’ve been doing home remodeling for about 16 years, and I think a lot of what I’ve learned there translates to any kind of technical design. 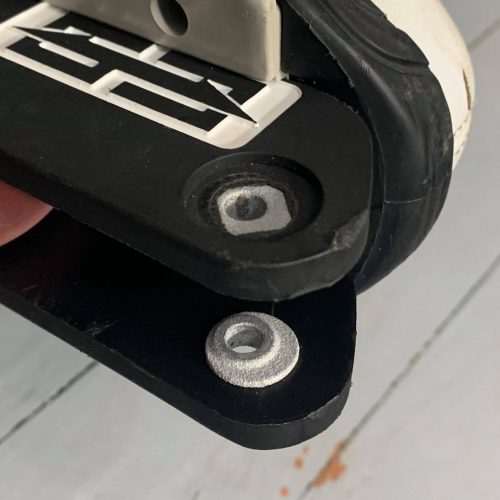 What was your first project, and how did it turn out?
My first completed project was the alumide 6mm frame spacers for the first and second generation GC frames. I really wanted a rockered aggressive frame with eight wheels of the same size and a small, traditional, flat groove. Luckily I still had a pair of the first generation frames. I really took my time with all my measurements when I modeled the spacers and the final parts couldn’t have turned out better. I’ve used them at the indoor skatepark, my home setup, and for a few street sessions, and they’re holding up perfectly. Much better than the original plastic spacers that would stretch out and warp! 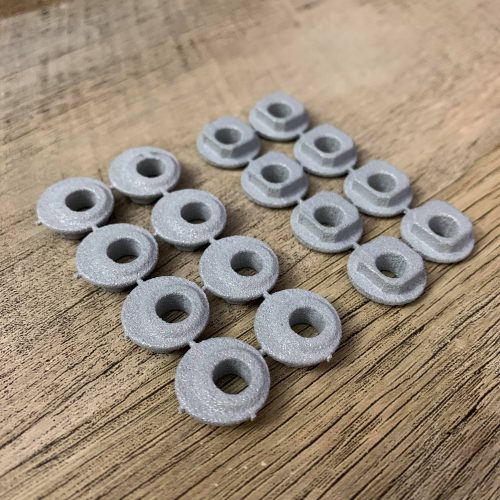 How do you decide what you want to customize? Your parts selection seems sorta random, so is there something beyond personal preference?
I really like creating things in general, so I’ve mostly worked with what I’ve had on hand. I decided I wanted to try my spacers out in the second generation GC frames to see if anything was different, so I found a pair for cheap and enjoyed skating them more than the gen one GCs. Then I thought it would be cool to make some h-blocks for them. 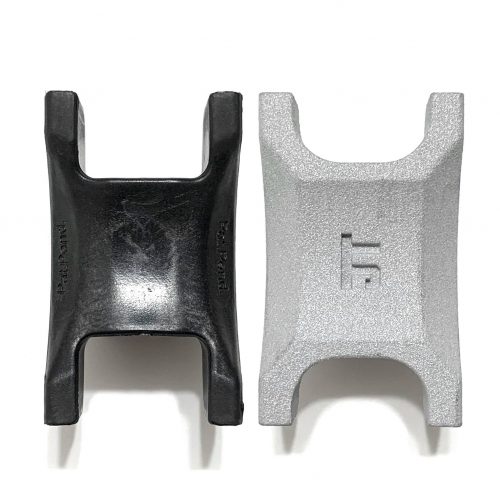 I’ve skated them several times, and I took them out for a really rough ledge session the other day where they handled like a dream. So at this point I’ve had two successful test projects and just thought, what next? I’m in the middle of a few new designs right now. I’ve just ordered the prints of Cult backslide plates with a centered groove. I mostly did this one because I knew that modeling it would be a new challenge and I’d learn a lot in the process. But I also love Cults and figured some super fast torque grinds would be fun. Ha, ha. 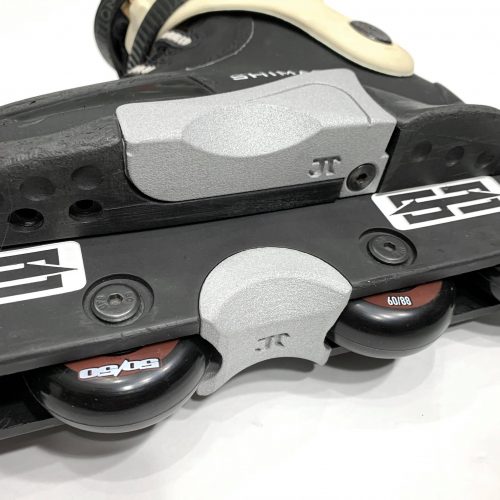 Aside from that I’ve basically been taking request from people. Someone wanted some alumide GC gen one blocks so I modeled those and ordered some for them and myself. Another friend wanted some alumide Salomon souls and happened to be the same size as me so I’m working on those now. 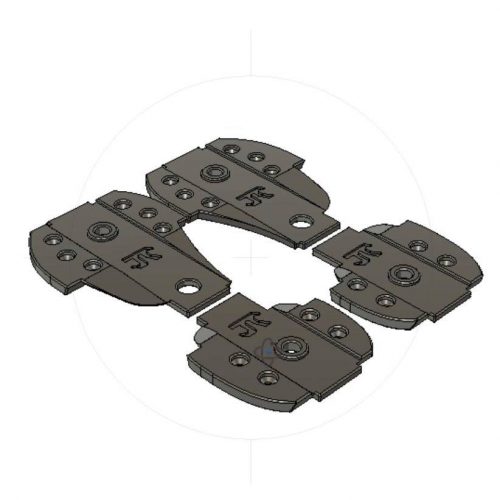 How many parts have you made so far? Want to walk us through each of them, hitting any highlights?
I’ve pretty much covered all of the 3D printed projects already, but I have a few more in mind. Here’s more on other projects I’ve already made:

I always loved the groove shape and the look of the USD dual plates but I can’t stand souls being uneven from front to back. This is an old project I used to do for my Salomons, but having access to better tools now I was able to make a much cleaner soul plate this time. I even added a 3D printed UFS nub instead of trying to mill that into the soul. 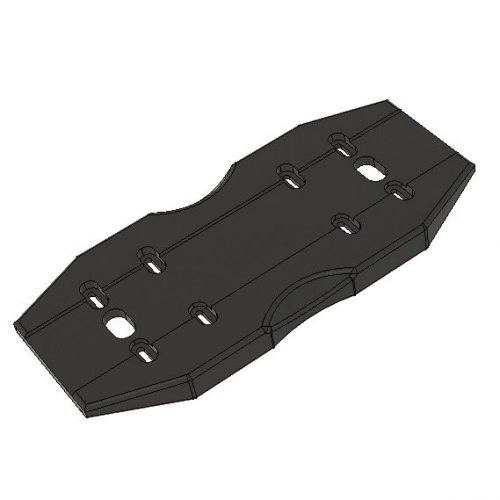 I’ve been designing this a fully symmetrical soul plate for a while now and it’s the one project I want to finish more than any other. I love the idea of this kind of soul plate, but there’s never been any solution to the issue of them having a negative plate that’s too wide. It occurred to me that the soul plate could be the same overall width as any other soul but be adjustable by simply allowing the frame to move left to right inside the frame channel. I had UFS nubs 3D printed to allow the movement of the frame. By sliding the frame in the channel you can have perfectly normal sized souls and negatives, while still being able to flip the soul completely around once you wear a side out. I finally have all the milling tools needed to complete this project but I have to make a contained space because it’s going to make a really big mess. Ha, ha. 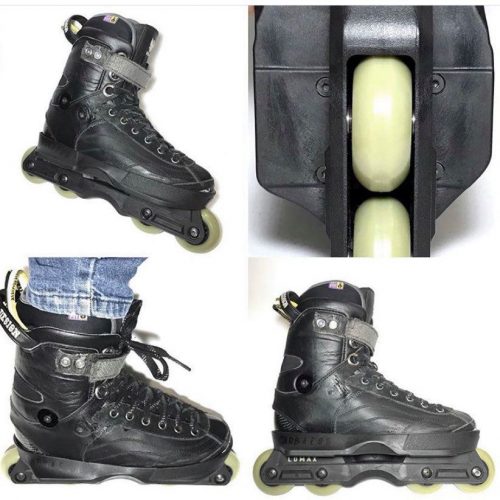 Another project I’ve been designing for a while is a one-piece soul-frame that bypasses UFS entirely and mounts to a Carbon or other flat boot via traditional soul plate hardware. Well, this one is going to be extremely difficult and/or expensive to make so I decided to try out the concept using Aeon shells. By chopping the boot portion off and shaving the inside of the soul’s wrap around, I just managed to fit them on my gutted Deshi Carbons. The Aeon boot is super uncomfortable for me so this worked out to be a perfect compromise. I don’t use any UFS hardware for this. Just eight t-nuts and I have a perfectly solid, light, and low to the ground skate with a really decent flat setup.

Which worked best or was/is your favorite?
I think the CarbAeon is still my favorite project so far. They just skate so well! I use gutted Deshi Carbons with thin internal cuffs for a one piece boot feel. It is supportive, light, and fits my feet and skating style perfectly. A close second would be the GC gen two blocks. They’re an absolute dream to skate on my quarter pipe at home as well as super rough ledges. I was pleasantly surprised by how well they worked for ledges.

What are some things you’ve learned along the way about making parts, improving parts, and the products that are sold to us rollerblading consumers?
Personally, I’ve learned to slow down. It can be really time consuming to get all the dimensions perfect when designing a new part, but you can’t rush that kind of thing.

For the longest time skate parts were designed for as many people as possible. But as we all know, bladers can be really picky people, especially me. The last few years or so a lot of products have been designed with specific uses or styles in mind, like, anything from Adapt, Oysi, Sola, and even many USD products now. I like that people and companies are making what they want to make instead of what they think people want. With that in mind I design things the way I want them to be for myself. If other people like it and want in on some parts, then cool.

So what do you do with the plans? Do you sell the parts? Do you make the plans available to other people so they can make their own?
I offer my parts for sale once I’ve tested them enough and I feel like they’re going to do what they’re supposed to. But so far, I haven’t produced anything that wasn’t based on another product, so I consider these designs to be open source. I hope to make a basic website soon with everything available to download, but for now anyone can just ask me for the files to print themselves and I’ll gladly share them.

With all this design I’m sure you have more projects in the works — can you share any with us?
I sure do! My next project is alumide stock Salomon souls for size 25-26.5 (US6.5-8). I should have the files available in a couple weeks. Kyle Sola just released the files for size 27-28.5 for anyone that needs that size. He doesn’t intend to do other sizes, so I figured I may as well finish this project.

I’m also working on an interesting frame project, but it’s too early to say much else about that right now.

Well okay, I’m sure that’s enough of your time. Sign off with some thanks or shout outs or anything you want. Thanks again!
Thanks a lot, Justin! I’ve never done a real interview before! It’s been interesting to take a step back and really think about all the stuff I’ve been working on. Shout out to #bladecle. Thanks to my parents for always encouraging me in all my weird passions. And thanks to my partner for being extremely supportive of my obsession and being cool with having a mini skate park in our yard.