Written by ONE Staff - Published on Monday, February 2nd, 2015 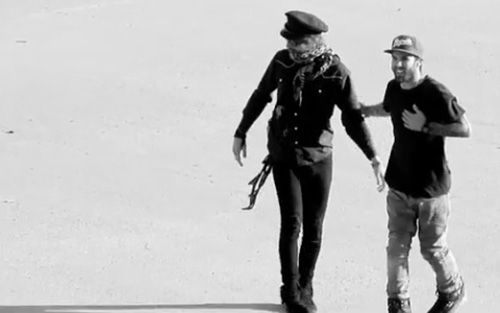 Friday (1/31) made history when the world’s most well-known and widely seen street skater (sorry Slomo, Taig, Eito and Takeshi!) took the blading DIY route by the VOD and, thanks to the production efforts of Adam Johnson via Vibralux, put the blading you wanted right in your face. Nothing between you and the immediate satisfaction of watching a living, breathing blade icon go big in the streets besides a small fee. So we were excited. We know you were excited. We figured Chris might even have been excited, so we asked him a couple questions about the whole affair. Here’s what he had to say.

How good did it feel to get out in the streets with the VX crew and make this section?
Yeah, it was really good. Unfortunately it wasn’t the whole crew like when we were filming for On Top, because that was the best filming vibe ever, but it was awesome to be back out with AJ and Farm!

Best moment during filming?
Man, that’s a tough one. There were a lot of amazing moments, like times of relief after landing something I was really scared to try, and just good times in general being back with the boys. I guess if I had to pick one moment of filming it would be a day in Tuscon, AZ. Farm and I both got two moves that day, and one of the tricks I got is one of my favorite tricks in the part, I think. 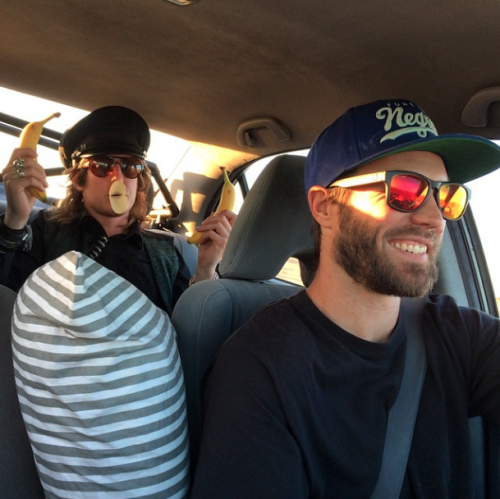 Biggest bummer while working on it?
Definitely Farmer getting hurt in Atlanta. He and AJ went down there a week before me, and the first day I was there skating with Farm he got hurt on the first trick he was trying to film and couldn’t skate the rest of the trip. It was still awesome having him around, but it would have been way more fun to be blading with him. 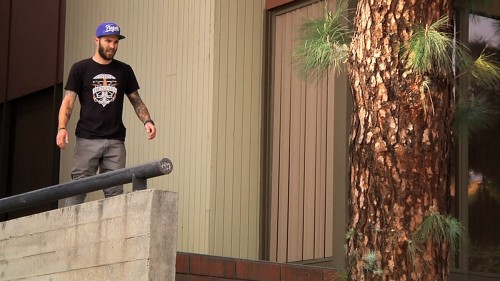 Ready to do it again?
I’m not really sure to be honest, ha ha. It was a lot of work to put this thing together and I don’t know if I’m ready to jump right back into another one. At the same time it doesn’t really matter because my touring schedule is so ridiculous this year there is no way it would be possible anytime soon. Hopefully this one will hold people over for a while. 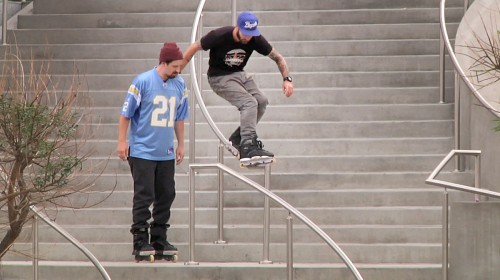 Any dedications or thanks or anything?
Massive thanks to everyone who made this part possible! AJ, Farm, Nick, James Johnson, Luke Kimberly, Jeremy Stephenson, Drew Bachrach, my girlfriend, all my sponsors — Remz, Youth, Them Bearings, Intuition Skate Shop, Eulogy, and Vibralux. I’m sure I’ve missed heaps of people but thank you to everyone that helped us out! Also, last but not least, thank you to everyone who bought the part!

Hell yeah, Chris. The edit was amazing and anyone that doesn’t download it for $5 is a sucker. We could have gotten that discount but fuck that, we paid full price. Anyway, best of luck in 2015!

Photos straight up jacked from @vibraluxdenimusa