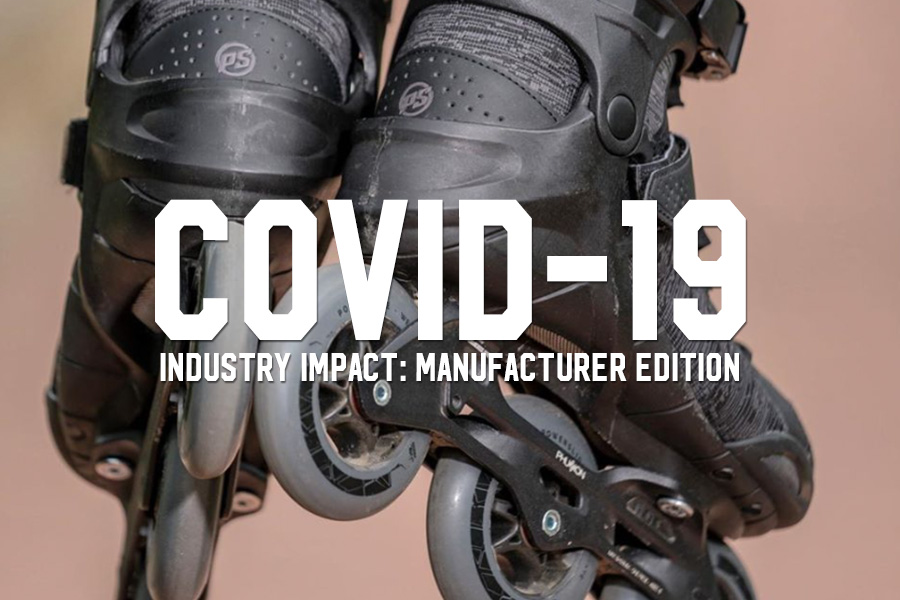 Well, it’s happened. Things are re-opening. Is it good? Bad? We don’t know yet, though here at ONE HQ were gonna let it ride a bit longer and see what the data says. You know, we’re gonna go with science on this one. But while things are still in limbo we’re continuing our look at how Covid-19 has impacted the blade world with a series exploring how different areas of the blade marketplace have experienced these unprecedented times. For this installment, we asked a variety of manufacturers questions that ONE contributor John Adams provided, but this time it was only Matthias Knoll, possibly the single most important industry figure in the whole of inline skating, that took time from his busy schedule to tell us more about how things are going at Powerslide. So enjoy this chance to hear straight from the man at the top about what steps they have taken to capitalize on the surge that’s overtaking inline skating.

Has the demand for your product been impacted by the pandemic?
Powerslide: Yes, it has. In the beginning, sales went down hard, so we actually did 50% part time work for April in some areas of the company. We got lots of canceled orders from different countries all over the world. From Russia to South America and Europe. But then after less than two weeks the demand picked up, first in Holland, then in Germany, and then in U.S. with the online shops. It started with cheap fitness and some kids skates, then things also picked up with aggressive.

Has your ability to procure product or materials been impacted?
Powerslide: Yes, for sure, we have and had big delays with some shipments, less workers in factories, some factories had to close longer than others, while some realized it took longer to get up and running again than expected, and with way less output than before. So getting skates in time is impossible right now.

What about distribution?
Powerslide: Sales have been focused on the online shops that are operating, which have been doing great, and we are trying to support them as work to support the market and its needs.

Have you been forced to cut back hours or employees in response to the crisis?
Powerslide: Yes. In April some sections of the company were only working half-hours, but we are planning to bring everything back to normal in May.

Has your business been eligible for any of the government relief programs in response to the pandemic? Which ones?
Powerslide: As I mentioned, we asked some parts of the company to work reduced hours. The government then pays 60-68% of the portion of their pay that is missing, so even working only 50% the pay is not too much less. This program for sure works and is very nice support to count on. Now that sales are good we will try not to block money that other business may need more, since we know that other segments of the economy are effected badly and longterm.

How have you adjusted your business to meet these unexpected challenges?
Powerslide: We have been learning from it and definitely realize we were not prepared well at first for the negative impacts, or for the high demand. In both cases we have to admit we are not set up perfectly and our digital abilities are limited.

Any further comments on the community response to the pandemic?
Powerslide: Well, in all the bad, it actually brought skating back in some countries. Parents went skating with their kids, families skated together, and now, in some countries, they skate with friends. So we hope it is not a one-hit-wonder wave but instead a trend that stays a bit like this, with more people skating around the world.

Hope this works. Stay healthy and keep up the good work.