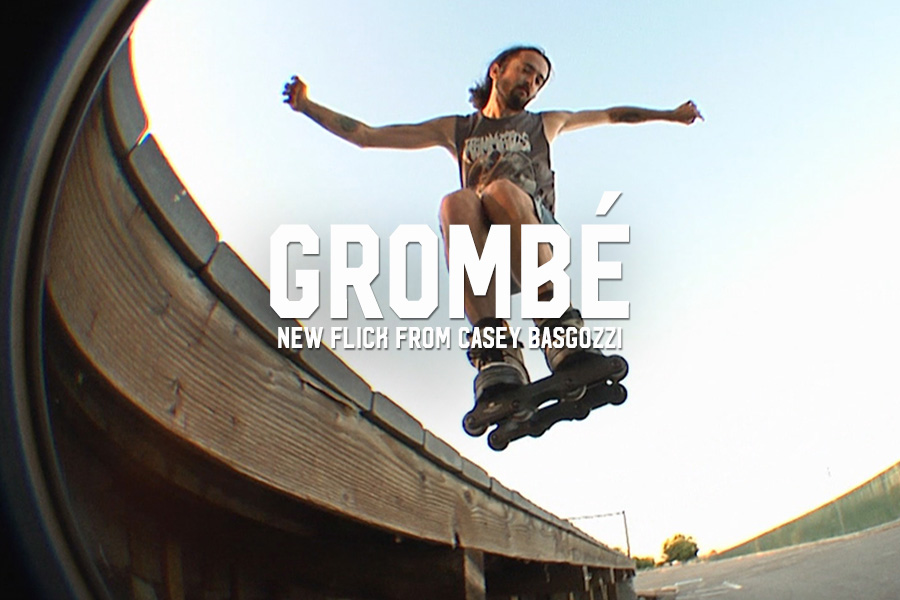 Written by ONE Staff - Published on Monday, September 24th, 2018

Casey Bagozzi has been part of the blade community for a long time, more than long enough to establish a verified reparation as a grinder-blader extraordinaire and a force behind the lens. Now he’s set to drop a new full-length project, filmed with his main homies in the Sacramento proving grounds they’ve been exploring for years. That project is called Grombé — so we asked Casey to share some screenshots and explain to everyone just what to expect when the video drops later this week. Here’s a crash course on the latest from Casey…

Casey, thanks for answering some questions to help us learn more about the upcoming project. So, starting at the top, how did you chose the name “Grombé”?
First of all, thanks for inviting me to answer some questions and having an interest in the video. grombé is a word that I made up through a strange process, and it literally has no meaning yet. I have had people come up to me telling me they figured out what it means with an elaborate story, and I have also had people tell me they aren’t fond of the name. Either way, I think it is interesting and thought provoking at the very least. 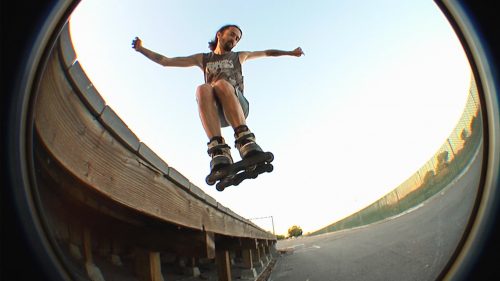 Did you have any goals in addition to “make a cool video with good maneuvers” before you started to film? Did you even mean to start filming, or did you just blade with the homies and realize you had a lot stacked?
When I set out to make this video I knew it might be the last full length style video I would create. My main objective was to create something my friends and I could look back on and remember these couple years. I always intend to make what I like to call a time capsule of tricks and good times we all experienced together. I took extra care in the filming and editing of this video to make it last the test of time and be something everyone involved can be proud of. 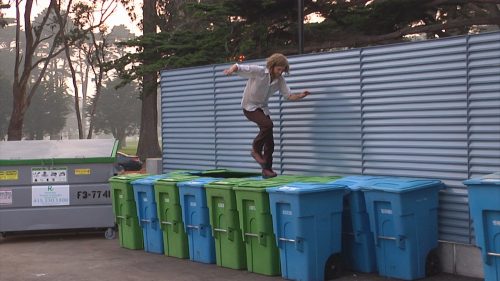 Who all is in the video?
Most of my friends and pretty much anyone I skated with over the last few years. John Vossoughi, Sean Keane, Collin Martin, Jeff Jackson, Korey Waikiki and I all have full sections. Dustin Dixon, Stephen Babcock, David Hirt and Michael Braud have smaller parts. Other skaters for sure. 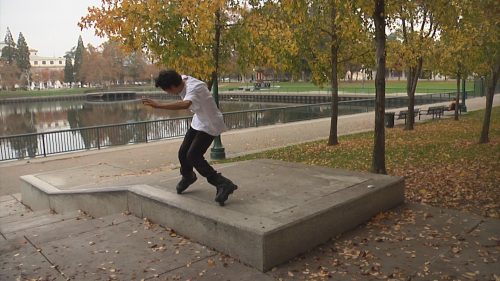 How did you decide who would be featured?
Who I decide to feature is always very organic. I started out with the idea to involve full sections of Sean Keane, Jeff Jackson and myself, and of course feature the usual Sacramento guys, and make something short and sweet. That came natural because that is who I was skating with at the time and I got those guys on board. As time went on other people came into play. 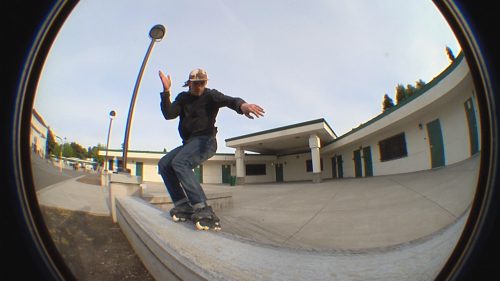 What sort of travel did you guys do to get these tricks?
As little as possible. Collin started coming out to Sacramento for work and we would meet up after he finished for the day and skate whatever random spots were close to my house. I’d say 95% of the video is filmed in and around Sacramento with a few trips to the bay area. 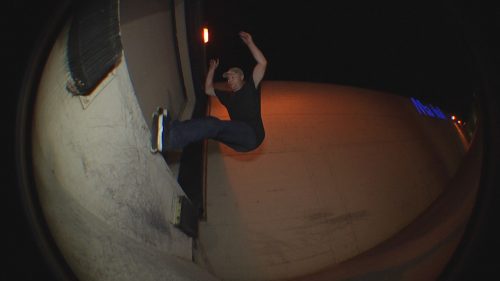 How about schedules? I imagine everyone is pretty busy and that getting together was sometimes tough. How long did it take to film?
We usually just skate on the weekends and try and figure out a plan in our group chats. Yes, we all have jobs, but we always make time to skate. There were sessions where we didn’t film at all and those were the fun ones — it’s good to have a balance. 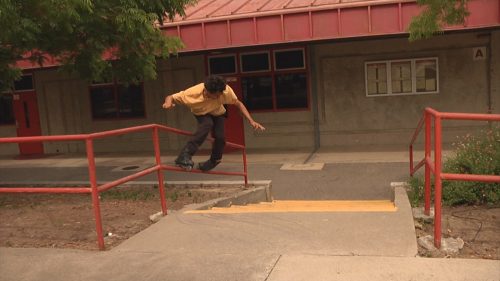 Is there a release date in mind? Just digital or anything else?
September 26th or 27th. Check “grom.be” on instagram for links and updates.’

What are your thoughts on the change in media from “physical DVD in a box” to our current reality of “download the thing you want when you want it”?
I think you should sell your video however you want. I like when people do something cool like Ivan does with his videos, but be smart about it. Don’t make a million DVDs without thinking if anyone will buy those. I do own a DVD player and I also own a VCR so I can still watch videos that way, but I rarely watch skate videos on DVD or previously released videos in general. What I like to do is make a time to sit down and give full attention to a new skate video I am about to watch, kind of like I would with old school videos. 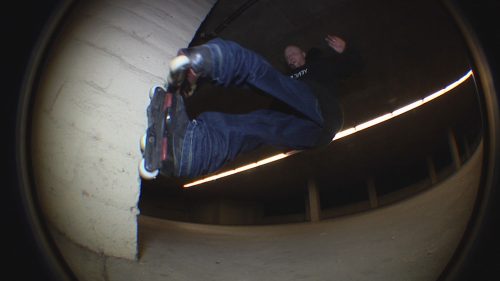 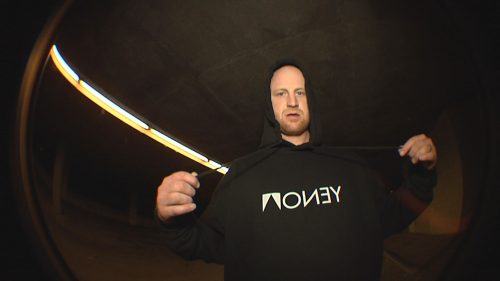 Okay, sorry, back to Grombé! How long is this flick gonna be?
Around 40 minutes. 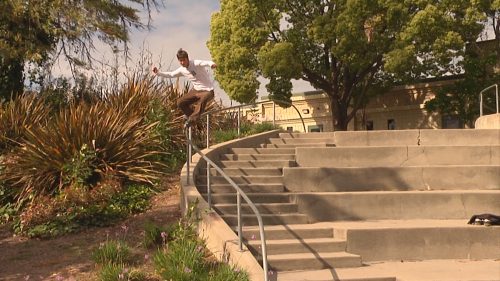 Do you have any favorite clips or tricks that we’ll see in the video? Who or what are they? What makes them special?
There is a roof gap in Jeff’s part where there was a security guard at the spot so we tried to wait longer to see if he would leave. I told Jeff “you know what, I am just going to go talk to him” and he ended up being super chill and not caring that Jeff was about to skate off the roof, in fact he was so hyped he actually told us where to find a ladder to climb on the roof and helped carry it over for us. We ended up waiting about 30 minutes before the lighting was perfect and I really enjoyed talking with him. I love all the behind the scenes stuff that happens when we are out filming. Also, the first trick Philip Moore does in one of the montages is pretty badass, but there is a lot of good stuff. 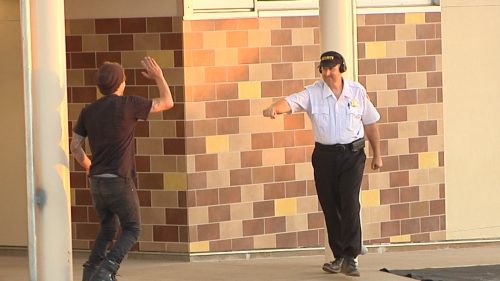 Okay we’ll just ask straight up — what is Collin Martin’s most mind bending move?
What does Collin do that isn’t mind bending? He does one where he rides up a wall and does what he calls a conveyor on the top part and turns around and rides back down, that one is pretty amazing. Too many to list. 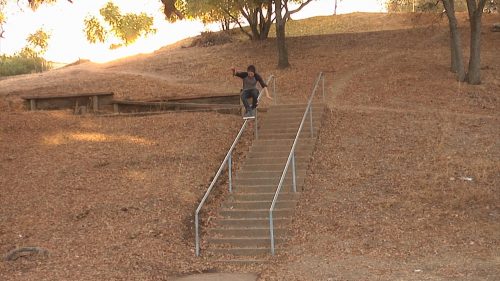 What are some recent video releases that get the Casey B stamp of approval?
I watch everything and I try to buy everything. I love skate videos. I can’t think of anything recent I wouldn’t stamp with “casey b” approval, but I would say that my favorite video of recent times was Chance Of Rain 2. 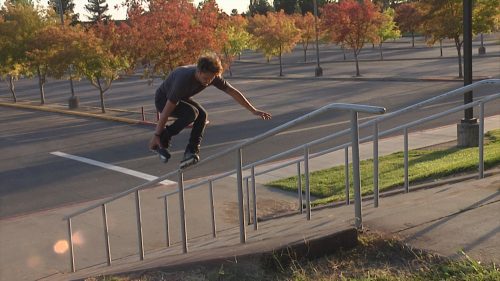 What does blading need more of?
Just going out with your friends and skating. The act of skating in any form. That is what it is all about. 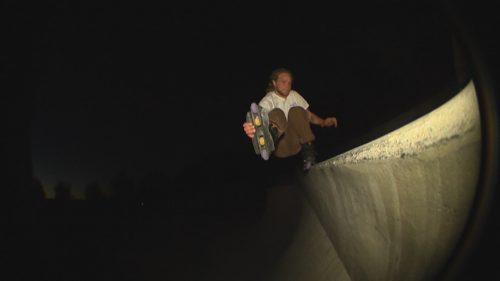 How about less?
Complaining about skating. Not skating. 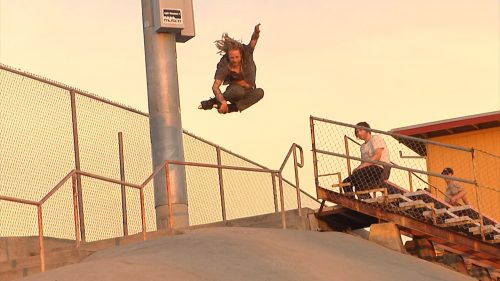 And any thanks or shout outs?
Shout out to my friends. My wife Dorothy. Juiced Sucka Foos and the Ringbone fam. Much love. 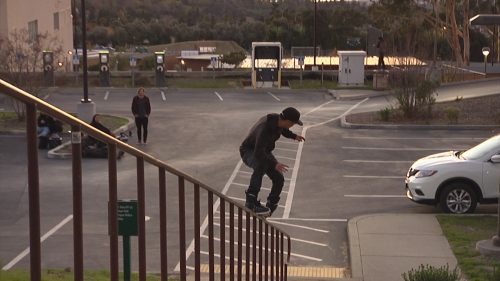 Well thanks man! Good luck with wrapping things up and getting the flick out there. Look forward to checking it out!
Thank you, ONE!

Keep up with Grombé HERE