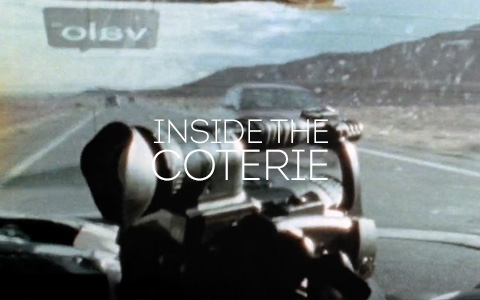 Written by ONE Staff - Published on Tuesday, January 6th, 2015

Just when you thought the little fuck couldn’t possibly do one more curb stall, David Sizemore goes and drops a VOD project with all the names, spots, and classically Sizemore-style filming that immediately captured blader imaginations around the world. Fresh off the trailer drop, we got the recently-named Blader of the Year to give us the inside scoop on how Coterie came to be.

Hey David, so the trailer for Coterie was rad. When did you get the idea for the project?
A couple summers ago, I was hangin’ with Thee Strange guys and we shot a park edit. I started it with an old song I found online called “Shangri La,” and thought the name worked perfectly.

The more I thought about it, it seemed to fit more and more. Later, I decided I wanted to make an on-demand deal and thought “Shangri La” fit well, so I ran with it. 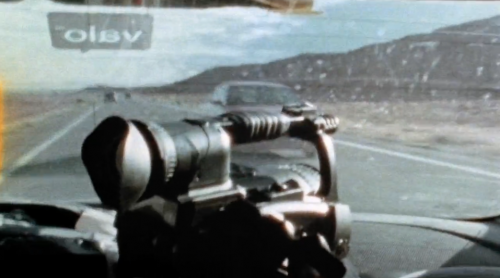 Where did the inspiration for the title come from? When we hear “coterie” we can’t help but think of THIS.
Ha ha damn, I’d never seen that before. “Coterie” was just a term I thought worked. My intention was to show community and solid skating.

So VOD was always the plan?
Yeah. Personally, I like to watch shorter, quality content on the internet, so I wanted to make more of it. 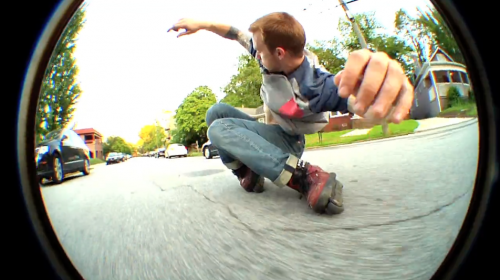 So the project is BY you but you’re not listed in the FEATURING credits. Should we assume there is in fact a section, or at least a number of tricks, from you?
Well, no one has sections. I’m not trying to fool anyone, this is a 5 and 1/2 minute montage. It is not a full-length video. I have one trick in it, from two angles. I’m not really a big fan of editing my own footage, I just wanted a piece in it to be a part of the group effort.

Okay, no section or sections. I’m sure it’s best we cleared that up. But even then, you’ve been a part of several big video projects this year; how do you manage the responsibility of stacking footage for different projects simultaneously?
Stacking footage of myself for sections and visualizing my own project at the same time is really hard for me. Although they are closely related, it just uses a tremendous amount of energy and two different trains of thought.

How many months of filming went into collecting this footage?
I’ve been filming for this for a long time, about eight months. Ha ha, it sounds ridiculous, but I was producing other projects at the same time along with helping film for other people.

Who all is involved with Shangri La Pictures and what do they do?
Chris Smith helped film some double angles, but aside from that right now it’s mostly me. 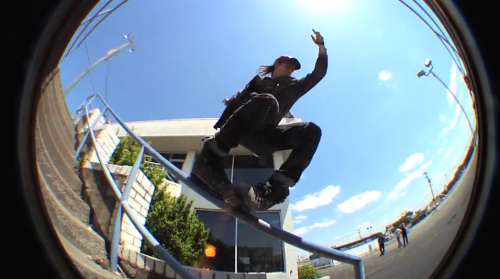 When does the flick drop and what’s it gonna run?
I’m going to put it up for sale next week. It’ll cost $4.99 through Selfy on the site.

Any thanks or shout outs or anything else you’d like to close with?
Of course! Everyone that helped in any way possible. All the homies that let me crash and come skate. Ivan, for fully getting me started on super 8 for the first time. My buddy Thomas for helping with the website. Jamie Olmstead for constantly being there to help with ideas and support. Chris and Carson for being my brothers, help film, and letting me crash on the floor when I needed. 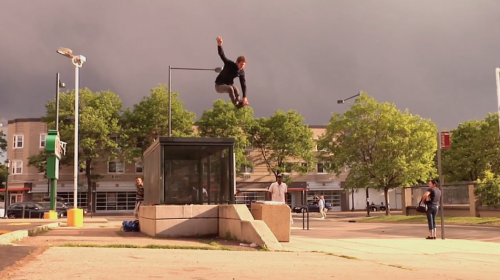 Thanks man! Good luck wrapping up the video and getting it out there!
Thanks man, hope ya enjoy it.

You guys can’t tell the different between “apart” and “a part”, which is quite ironic because you use that term A LOT!

1. (of two or more people or things) separated by a distance; at a specified distance from each other in time or space.
“his parents are now living apart”
synonyms: away from each other, distant from each other
“the villages are two miles apart”

2. to or on one side; at a distance from the main body.
“Isabel stepped away from Joanna and stood apart”
synonyms: to one side, aside, separately, alone, by oneself/itself
“Isabel stood apart”

…and then you edited the article so it says “a part” instead of “apart”.

I think that is a typo, JE.

And calm down little grammar Nazi, life will go on.