Making JUST BLADE was a great time. Filming with so many visitors and talented locals in San Diego and shooting photos with Sean Macgowan made for a lot of memories so it’s as good a time as any to share another edit from the video — this one the first of two Montage sections, featuring in order of appearance: Hayden Ball, Ray Kronenberg, Garret Mitschelen, Jon Fromm, Russell Day, and Brian Weis. We also have a few photos to show off plus a couple b-roll screencaps that give a glimpse into some moments involved in capturing these sessions. 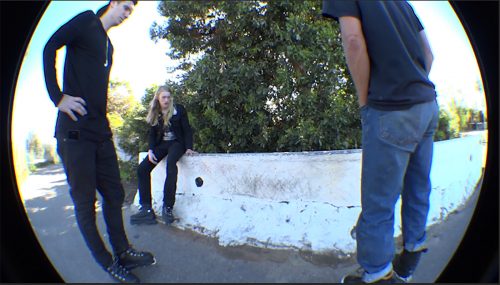 In December 2016 we managed to meet up with Ray Kronenberg for a day of shredding around the San Clemente area. Super productive day! I think we hit three spots total with this barrier ledge spot being situated just off the I-5 South. It was loud with cars flying by not far below, and the path itself was busy with people on bicycles with or without surfboards in tow on their way down to the beach. This shot is (from Left to Right) Jon Fromm, Ray, and Hayden Ball. Everyone got a clip. 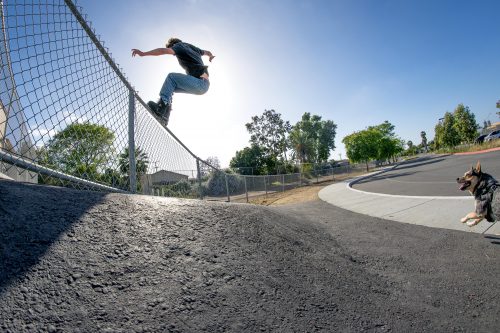 On a hot summer afternoon I met up with photographer Steve Steinmetz to hit a couple spots with Hayden Ball for final clips. We ended up never ever climbing the fence to check out the smaller stuff inside because Hayden decided this launch was his jam. Without going back through the footage I can’t remember if he did this launch to soyale before the 360 over the fence, or the other way around. But either way the three skateboarders that came out from the school and watched thought they were both dope. Because they were. 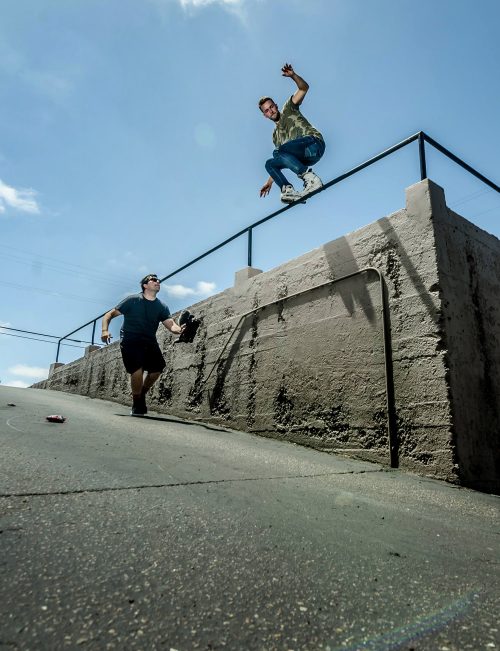 This rail is smack in the middle of downtown San Diego so you know it has history. Broskow. Grob. Chris Couture has gotten some clips on it and now Garret Mitschelen (who left town but was thankfully visiting for work) managed to laced a soyale with his special steez and Sean Macgowan was there to capture me mid- Snap Spectacles and fisheye clipping. Good day for sure. 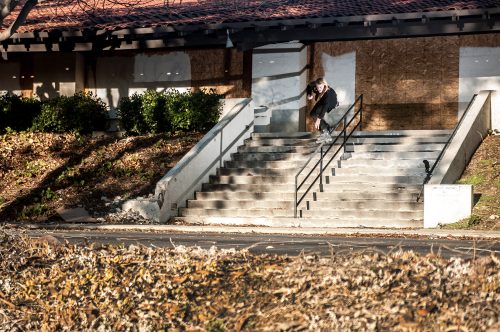 Last spot of the day (sort of) on our San Clemente mission, and Ray pulled off this topsoul to fakie where he had to gap pretty far to clear the sidewalk. During the clip in the edit you can see his vape pen fly out from his pocket mid-trick and smash under his skate as he lands. True story — it still worked. Thanks for blading, Ray! 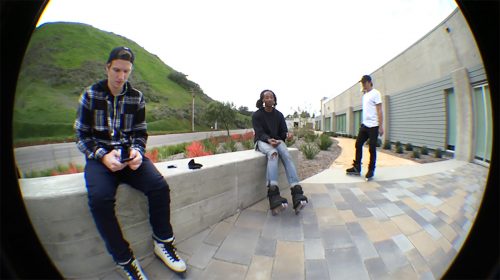 We hit this amazing c-ledge while Phil Moore was in town working on his Am Hour profile — and it’s still not capped with is some sort of miracle. Anyway, everyone clipped up with tech maneuvers and I’d be hard pressed to decide which I liked most. They each have special qualities. which did you like the most? 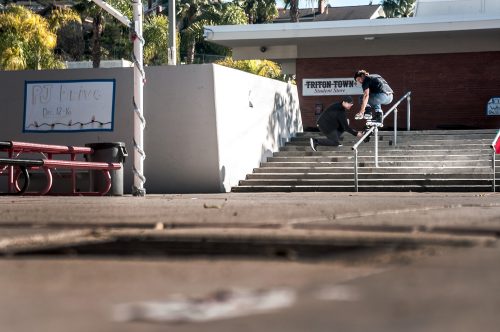 Another from the San Clemente session, warming up more than anything. But Hayden got right to work backsliding this knobbed rail both ways to open the Montage up. The sounds as he bashes through the knobs are pretty rad in the clip we got on this very shot.