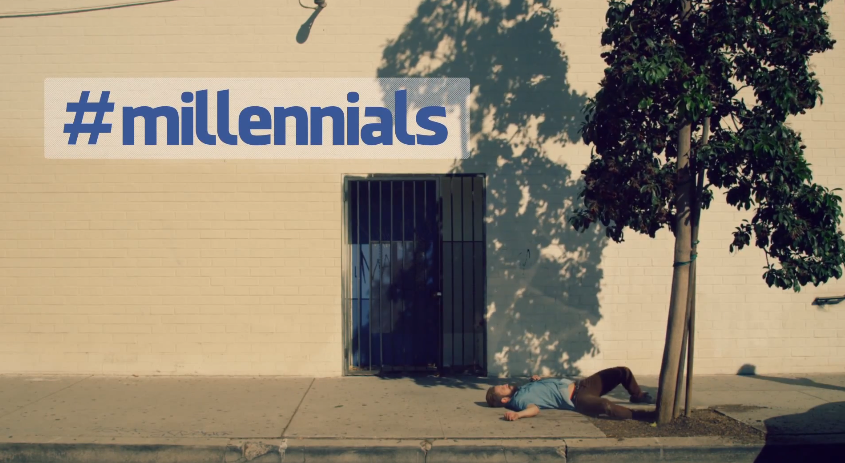 There may not be an abundance of rollerblading on tv these days, but that doesn’t mean there aren’t rollerbladers on tv! Take the Bear Punch crew for example — these dudes shred on their blades and are lacing in real life as they take their production skills to the small screen. Right now Casey Geraghty is writing and starring in the DirectTV short called Millennials, so Jeff Stanger caught up with Casey to get the full story. So find out more about how you can support the people MAKING MOVES.

Jeff Stanger: How’s your day been?
Casey Geraghty: Oh, amazing. I’m in Ventura at my friend’s beach house. We went surfing all morning and now we’re just hangin’, drinking some beers. We’re off for the week, so we were going to shoot a bunch of “Millennials” episodes but we decided not to rush it and take a couple days off and just hang.

JS: How did the deal with DirecTV come together?
CG: I’ve been working for DirecTV for a while. I worked on The Dan Patrick Show where I was the video producer and then I also hosted their live wrap-up show which was a thirty minute show on Audience network (DirecTV’s network). And then after doing that for three or four years I asked if I could be relocated to L.A. because they also have headquarters out there. And they were like,”Yeah, cool.” Dan Patrick gave me a good sendoff, you know, told them that I’m a good employee and that they’d be lucky to have me out there. So that definitely helped. Been out here for about a year and half now. 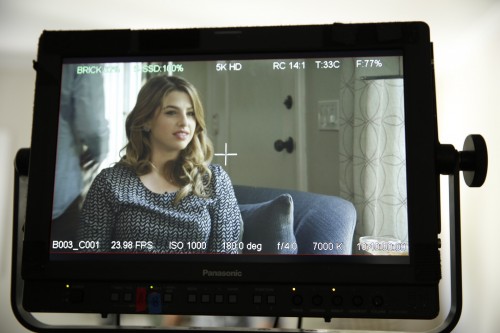 My girlfriend, Julia, was the reason I wanted to move out here. We had met because I was visiting Mike Dempsey. Then shortly thereafter I moved out to LA and we just started doing this little web series which was called “The Jojanskis.” She’s an awesome actress and super funny, so it just happened naturally.We did five of them on our own and they were on YouTube for a little while. The fifth one I actually got all the jokes from this DirecTV offsite event that we went to, where the whole topic of conversation was about millennials [the generation, not the show] and how to get them to work at DirecTV, stuff like that. And they were basically just kind of bashing our generation, saying we were needy and whiney. That we were always on Facebook and our phones and stuff, so, I sent that episode to my boss because I knew that he would get all the jokes because he was at the offsite. He really liked it, wanted to put them on air, and wanted us to make a bunch more. So, that’s what we’ve been doing.

JS: The episodes have only been out a few weeks, what has the response been like so far?
CG: It’s been cool! All of the people who liked the ones that we did on our own appreciate the new ones that we’re doing and kind of support us. I don’t know how well it’s doing on TV, because it’s just short, interstitial programming, so I don’t know what those numbers are or if there’s a significant amount of people watching but it’s just cool to say that it’s on TV. As long as we can keep hosting them on YouTube then I think friends and family, as well as the small fan base, will appreciate them. A few people have commented on them. I sent Will Forte one of them on Twitter and he replied, so it’s cool to just be able to send something on Twitter to anyone and they have the potential to check it out. It’s cool to get some positive feedback, especially anytime you put anything out on the internet you’re going to get a million people saying that you’re a douchebag. So it’s been cool. Minimum douchebag comments.

JS: You can say “fuck,” “dick,” and talk about drugs. Is there anything that is too far for DirecTV?
CG: There hasn’t been. The only thing is that we kind of limit ourselves on when and how often we can be on TV. with that kind of language. It has to be after 8pm west coast time if we’re going to say “fuck,” “dick,” “cunt.” We’re kind of trying to clean up the scripts in the future just because, obviously, the initial ones were being put on YouTube so it didn’t matter. Basically, we’re trying not to rely on swearing to get a laugh but if it needs it we’re definitely not leaving it out in the interest of getting a laugh. If it’s funnier to say “cunt,” we’re still going to say “cunt”. We could completely take out the swears and be on daytime TV. but we’re not super concerned with how often and what time they’re viewed. We’re just going to have fun and keep doing what we want. And whatever… if people like it, cool.

JS: How long does it take from conception to upload to produce a three minute episode?
CG: When we were doing it on our own and I would shoot it myself and we would edit it together and just post it on YouTube, we could write an episode on a Tuesday and have it up on YouTube on Wednesday. Now we’re doing them in chunks of five episodes, so, a season for us is five episodes. So it takes a little bit longer now since we’re shooting them on Red Cameras, we have to spend a day transcoding and then I’ll sit down and edit for about a week. After that it has to go to a colorist and he has to color of all the footage. Then it has to go to our audio engineer who makes it sound better, so now it takes close to a month for five episodes where it used to just take a couple of days. But it’s cool, the quality is much better. Obviously, shooting on a Red, they look better. They sound better. It has to be TV. quality now so it takes a little bit longer. 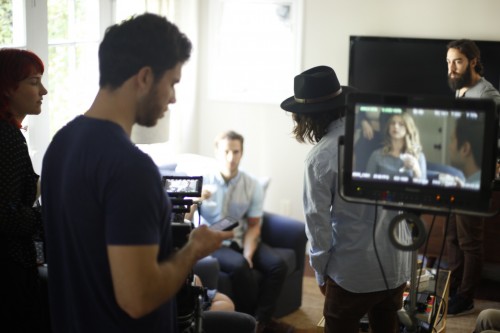 JS: What’s the biggest difference between shooting a skate video and these shorts?
CG: Me and the crew that I skate with (Mike Dempsey, Mark Golembeski, Mark Rosen, John Lyke), all the dudes from Connecticut who now live in the same house together in L.A., we always made funny, short videos and we still do. That is reflective in our skate videos where we try and put funny stuff in there. Definitely don’t take ourselves too seriously when it comes to our skating and it’s more about having fun and just putting something out each year that we can have a premiere party for than anything else. If we go out skating, it’s kind of the same tone as if we go out and have to film a Millenials episode. There’s some level of professionalism where we want to get the footage and we want to get the clip or the trick or the line of dialogue right. So we take it seriously in that regard but the common denominator is just to have fun. I think that is reflected in the Millenials and that is also reflected in the skate videos that we make. 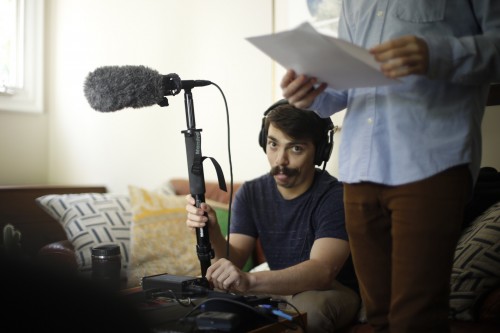 JS: Since you’re busy with not only DirecTV but now these shorts, do you have plans to make another full-length blade flick?
CG: Definitely. We went out filming the other day to that up ledge that Montre did top porn on in his ONE section. The next video is going to be called Buffalo because the last one was called Wings. We started with Breakfast, Lunch, Dinner, and then Desert and we just really didn’t anticipate making this many videos so, at this point, the night of the premiere we just decide what the next video is going to be called and then we go forward.

JS: It’s never ending…
CG: Yeah. I just turned thirty. I guess I assumed I would be done but I still have the most fun in the world rollerblading, so we’re going to keep doing that.

JS: Yeah, like you’d be doing a disservice to yourself if you ditched out on what got you into video production in the first place…?
CG: Exactly, we learned how to operate cameras out of necessity from skating, as most skaters have done. It’s always going to be the common denominator of me and my best friends’ relationship and we’ll keep doing it as long as we physically can, it seems. 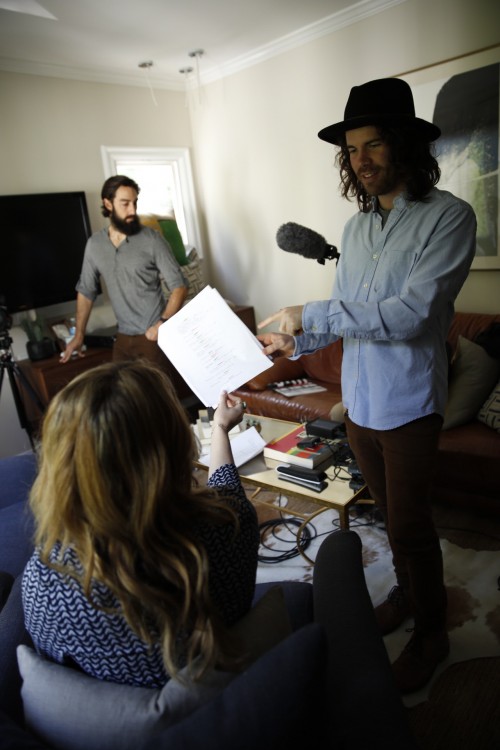 JS: Isn’t it interesting that a lot of the people that have moved on from blading are now in these professional careers that they probably wouldn’t have had if they weren’t involved in rollerblading in the first place?
CS: Totally. We used to joke about it, maybe ten years ago, that rollerblading is like art school because all of our friends are either into video or photography or graphic design or something that they got into from skating. I think that’s the case for a lot of rollerbladers. All the Philly dudes and, obviously, everybody out in Cali and even down South and the East Coast, Boston dudes, everybody kind of got better at skating together and then we also all got better at making videos together. 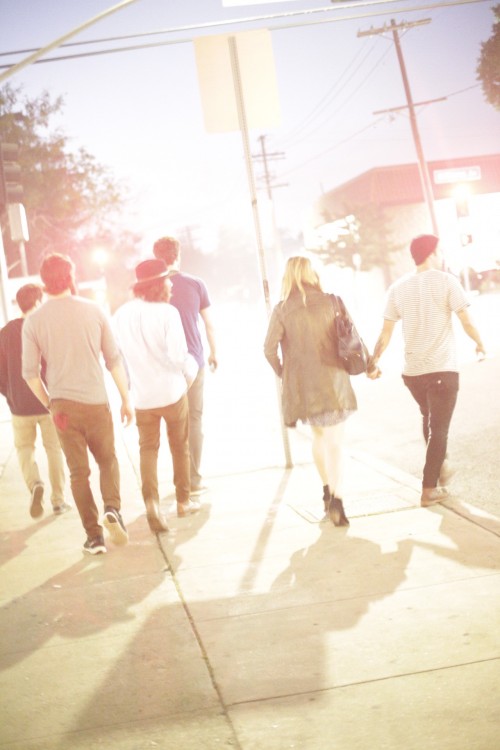 Stay tuned for more MAKING MOVES and other tales of rollerbladers succeeding in the world-at-large.