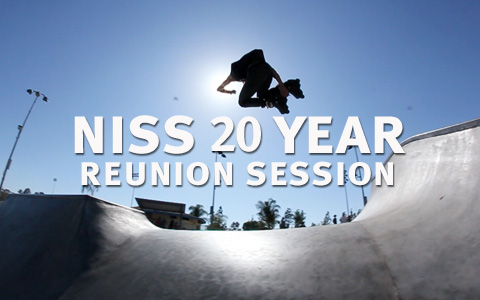 Written by ONE Staff - Published on Wednesday, September 3rd, 2014

20 years ago the National Inline Skate Series kicked off, and to celebrate the occasion founders Rick Stark and Mark Billik hosted a great, history-filled party on August 30 in Los Angeles. But before the party a session went down at Belvedere Skatepark featuring Randy Spizer, Jon Julio, Tyler Hester, Chris Calkins, Shigemasa Amano, Chiaki Ito, Dre Powell, and Michael Obedoza. It was really hot. There wasn’t much shade. And partying was on the brains. These are the clips that were had… set to the soothing sounds of 1994.