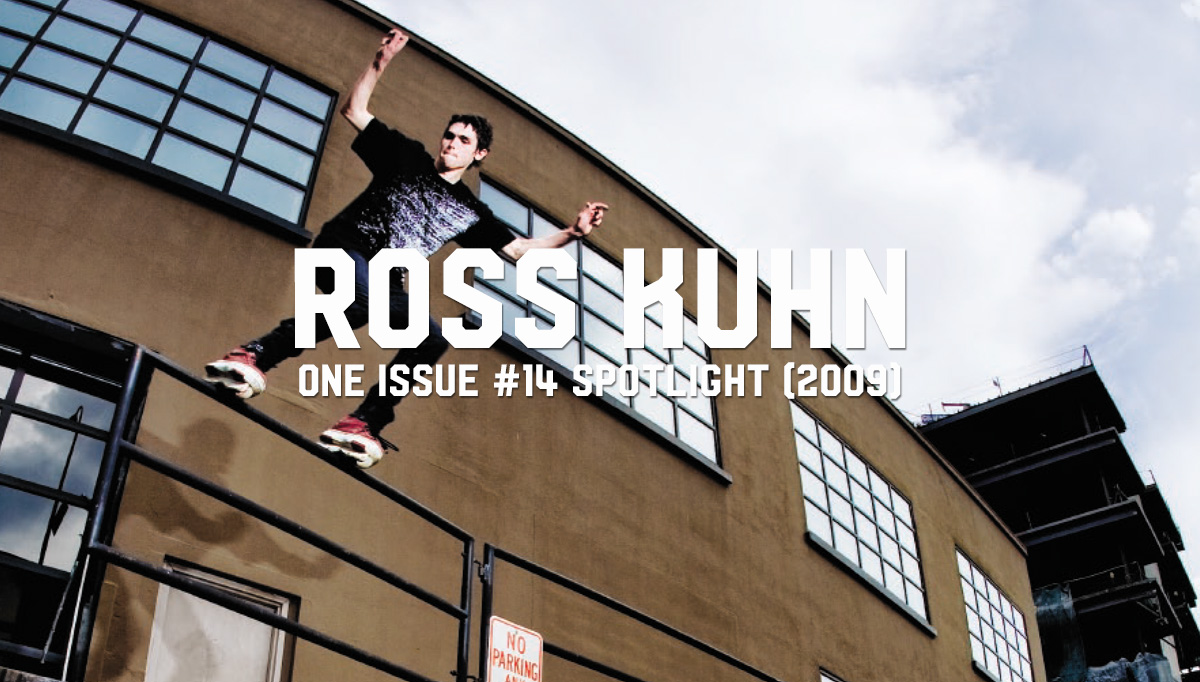 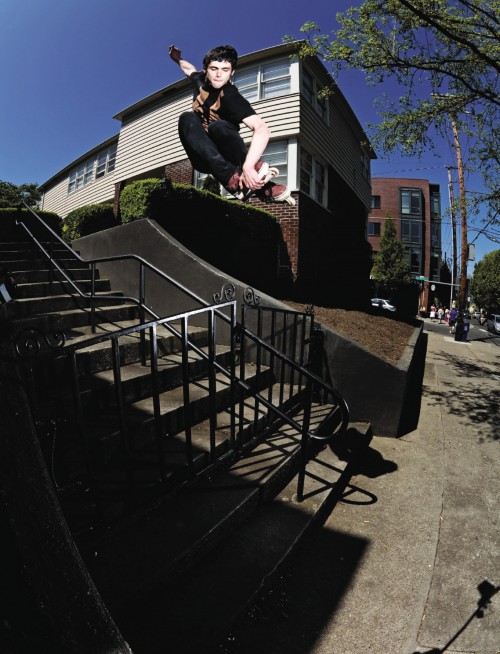 This weekly exercise of pulling content from our print magazines is getting fun. Like today when we rediscovered the above photo of Ross Kuhn, shot by Brandon Smith, that helped serve as the backbone of a Spotlight feature we ran in 2009’s Issue #14. Long sold out, that mag had a lengthly feature with Chris Farmer we’ll post some other #TBT, but also served as home to a profile on this understated talent that, in hindsight, appears to have had a hefty influence on the Valo Brand aesthetic. Read along to see if you agree.

I had just arrived in Portland, Oregon, after a long stint of traveling America. Ross decided to call me at 8:30 in the morning to introduce himself and ask me to join him for a session sometime. To many people, this daybreak introduction may have seemed like an inconvenience, however, I’ve always been a morning person, and meeting another of my kind is a welcome and rare occurrence. Ross and I became fast friends and took to skating the plethora of concrete parks we’re blessed with in the Pacific Northwest. 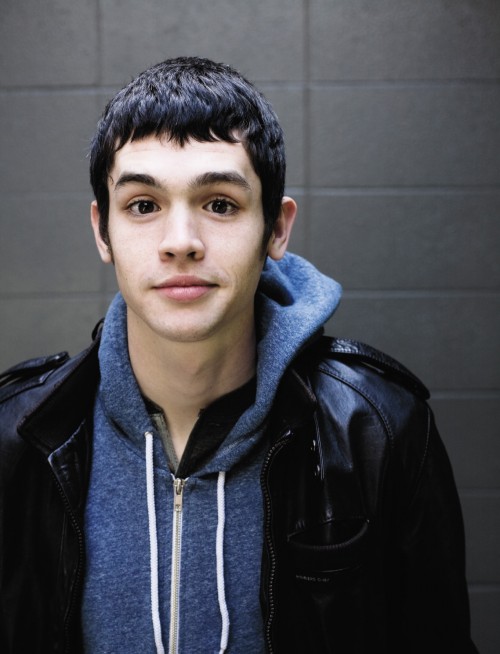 Skating with Ross has represented a departure for me. I was no longer surrounded by the friends and scene I grew up with in Philadelphia, and I was simultaneously introduced to an array of concrete transitions, quite a juxtaposition with respect to the familiar and often overexposed East Coast street spots I was accustomed to. Being removed from the inherent competition of a large and devoted skate scene such as Philadelphia’s, I began to find myself enjoying skating for new and simple reasons, less comparing and assessing, and more engaging simply in the act of doing. I was confronted with the fact that my skating belonged to me. This may seem like a simple and obvious feeling, but after belonging to the most critical, and perhaps most dramatic, scene in rollerblading’s history, this felt like a breath of fresh air. 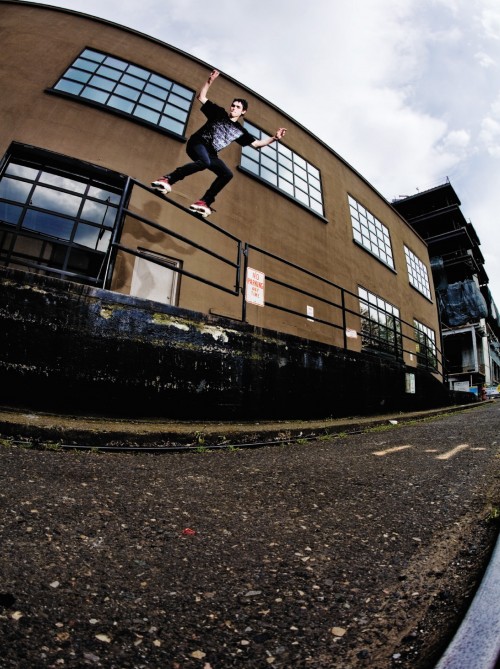 Ross’ skating represented the physical manifestation of this departure. Watching him pump sketchy pools fakie, boost airs and sweatstance like no one else, often with no one else around, and in a remote location in the Oregon wilderness, left me no room to question why and how Ross does the things he does. Sure, the Feinberg, Rutledge, Saviers, B.J. Campbell influence is there, and perhaps even shades of a hessian pool-shredding skateboarder, but they’ve moved on, while Ross remains, skating for himself, when the Stumptown rain lets up, and a break in his busy schedule as a student of history at Portland State University gives him the opportunity to do so. 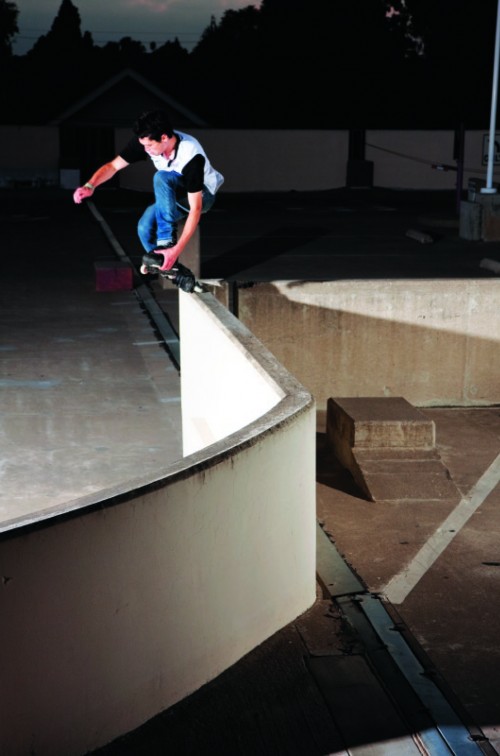 Hailing from a city where many of the aesthetic elements of rollerblading are calculated and intentional, including the attempt to make these calculations look effortless, Ross’ skating has proved two very important things to me: you can’t fake ease, and a forced effort usually leads to pretension. Ross seems intent on letting his skating happen to him, rather than forcing it in any particular direction. Rollerblading as a community has spent a prolific amount of time and effort trying to prove itself in one way or another, and in the process, I think that many of us as individuals have been bound to validation as a common denominator in our skating. Ross, who seems least of all interested in seeking validity through the approval of other rollerbladers, has demonstrated to me that you can’t force something to happen naturally. 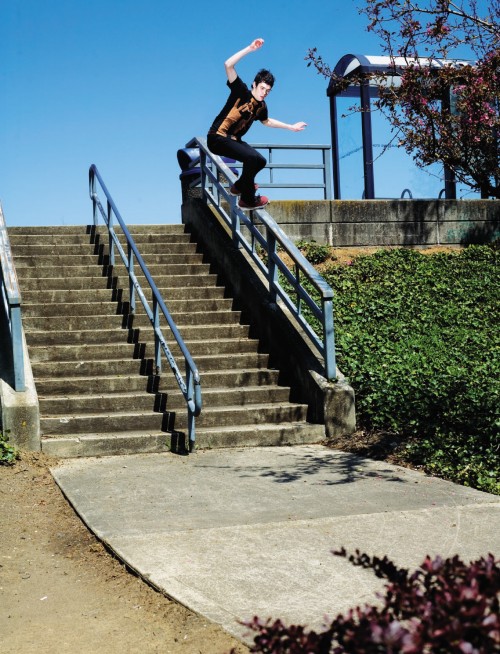 An excellent example of this aspect of his personality and skating came during a road trip to Lincoln City. This beautiful town on the Oregon coast has a gem of a skate park built by the same people who made magic happen with some bags of cement under the Burnside bridge. Excited and eager to skate after a two and a half hour drive, we were immediately confronted by a crew of angry skateboarding locals who threatened physical harm if we so much as strapped on our skates. While I got furious and tried multiple times to reason with these ignorant country bumpkins, Ross’ lovely girlfriend, Leslie, went so far as to call the police (who had no interest in helping us, whether or not we were threatened harm), while Ross simply ignored the inevitable melee, put his skates on and flowed the park in the natural way that he does. I like to think Ross’ innate ability to demonstrate ease on wheels kept him from being noticed by Billy Bob and the goon squad, but I know better. I know that natural talent speaks for itself. His skating stands outside of this prejudice, because it isn’t intentionally biased in one way or another, it just seems to happen, so why mince words with morons when you can let your skating do the talking.

Order a print copy of ONE #14 HERE