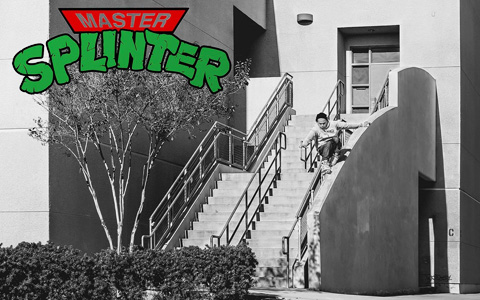 Chances are that by now you’ve seen the latest full-length online flick to come out of Long Beach — Master Splinter. With on-point blading, a good vibe and a pretty hilarious theme, it stands out amongst the constant onslaught of online offerings. ONE webmaster (and ruler of the “Skate Videos” channel on Vimeo) Alan Hughes goes deep underground with Jeremy Soderburg and Greg Preston to find out the secrets of how Master Splinter mutated into its final form.

Alright, I’m just gonna get right to the point. The Ninja Turtles, where the hell did that idea come from? That shit was hilarious.
JS: We actually wanted to call the video Master Splinter before we found the Ninja Turtles stuff, so when we had the idea to add that it was just a bonus. Everything just worked out. 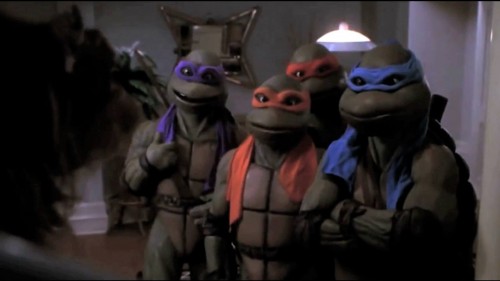 Did you guys do the voiceovers yourselves?
GP: It’s from a spoof series on YouTube we’ve been hooked on while out filming for the vid, so it was natural to use some of it. Haha.
JS: Cheese on a board.
JS: It’s funny how everything just worked out. We would talk about the episodes almost every time we met up and since we were gonna call it Master Splinter to begin with, might as well run with the Ninja Turtle theme. Everything just went together how we wanted it to turn out. 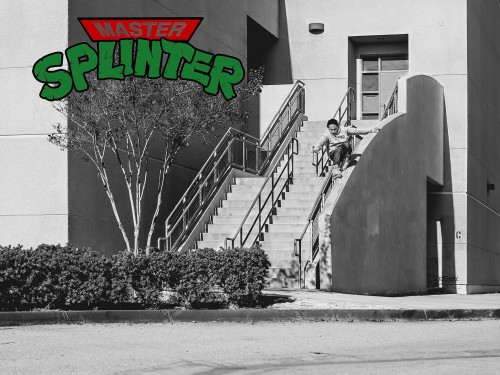 From what I understand he wants to remain anonymous, but how closely associated are you guys to the THEMxNIGGAS dude? Was he the real master mind behind this idea?
JS: I still don’t even know who that is…..
GP: I wish I did know :c 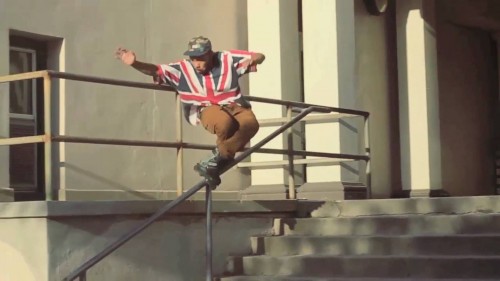 Well I gotta say congrats on this video, I really loved it and I’ve heard nothing but good things from people who have seen it. What other video projects have you worked on or been involved with in the past that led up to this one?
JS: Thank you man, appreciate it. I think we’re both a little overwhelmed with all the positive feedback we’ve gotten, it means a lot. Before this we made Take Your Time, along with Jonathan Labez, and I took on Do It For The Ratchets kinda solo since Greg was busy with school but he helped me shoot it. So this would be our third installment. But we’re always helping people with their stuff too, weather its E.Rod or Lonnie, and Greg’s always doing stuff with the Danish dudes.
GP: Jerm was def the mastermind behind the video. I’m usually getting second angles and what not. To be honest i wouldn’t have had a part if he didn’t push me to.
JS: Greg likes to underestimate himself lol. There’s no way this video would have happened without his input. 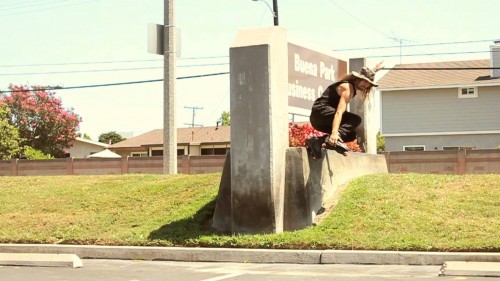 I noticed in the credits you guys had a handful of contributors, was it hard to complete a full length video with some of these guys or with sponsors maybe asking you to contribute your footage or time to their projects? Like, I know Jeremy also just put out that awesome Carbon promo that’s been getting a lot of attention.
JS: We had zero problems actually, everything came pretty naturally. The video was literally us going out and having fun on the weekends, no stress zone. I might yell at people now and then to land tricks, haha, but for the most part it was us just sessioning. The video got put on hold for a wile cause of F33T but that’s about the only thing that held us up a bit
GP: My dude’s a clip machine, what can I say.

How long were you guys working on this video?
JS: I don’t even really know to be honest, probably close to a couple years? Over a year I’m sure. But like I said, it got put on hold for a good amount of that time for F33t
GP: I don’t think there was a real timeline, it was a idea that was never really set in stone till i got back in the states November ’14, and Steve decided December 31st was a good deadline. 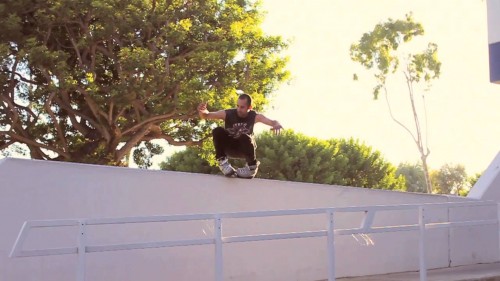 The list of dudes skating in this video is pretty deep. Did you put any thought into who you wanted to be in it? Or are all you guys just homies from the same city or area and skate together on a regular basis anyways?
JS: Everyone is just all the dudes we skate with and whoever gets the most clips gets parts, it was as simple as that. 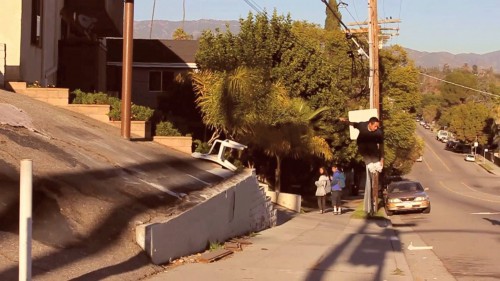 We seem to be blading in an age of bi-polar opinion when it comes to cameras, either it is insanely high tech gear, or insanely old school blurry gear. You guys seem to have a nice happy medium. Do you put much thought into things like that?
GP: I’m a fan of HD and SD the same, I own a super 8 and an old VHS camera. They’re both really fun to use. I did film some clips with the VHS but didn’t want to use them, dudes are really trying to make a point with those lately lol. We didn’t put any thought into it at all, we just all had DSLRs and it was just practical to use them. 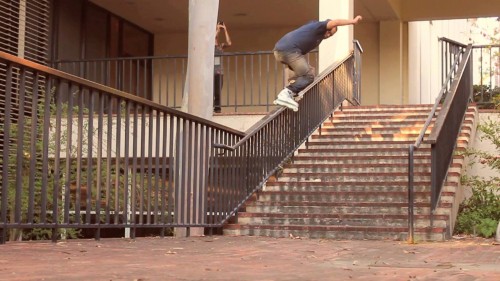 What all did you use to shoot this video?
JS: I have an old t2i and Greg used a 60D.
GP: Lonnie had that RED though.
JS: True we did have some RED footy in there!

Nearly everybody is asking for money now for videos. Your’s was definitely worth dropping some Bitcoin on, but you put it out for free. How did you come to that decision?
JS: Good question. I’m a bit old school and still a little weirded out about the whole VOD thing even if it is “the future,” but besides that this was a homie video, straight up. Making money off this wasn’t the goal. I think the fun making it was rewarding enough, as cheesy as that sounds.
GP: I feel bad selling the homies skate parts they need, so selling a video would never happen. I personally don’t mind paying for VODs but I like free videos and I know bladers do too haha.
JS: It’s like, if it’s a team video or something you put money into like the VX parts, traveling and etc., but this video was just us driving around the hood haha. Same shit we would be doing otherwise. 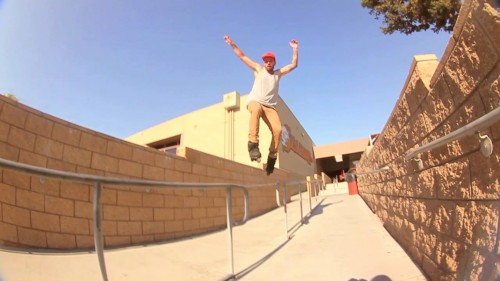 Do you have any projects or ideas for projects coming up in the near future?
JS: Only time will tell…
GP: More free content lol
JS: lol
GP: All VHS lol 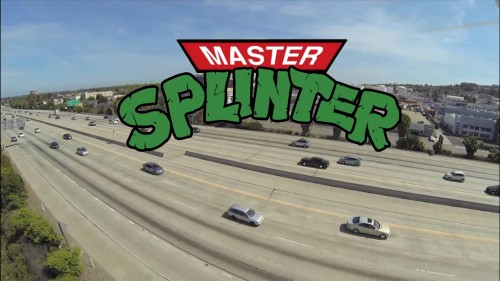 Any last words or shout outs?
JS: Everyone that put it down for the video, all the filmers that contributed, everyone that liked it and gave us good feedback. And of coarse the BDC.
GP: I wanna give a shout out to my moms and them, my girl the sif, all the homies who put in so we can download VODs with ya boy. The whole BDC, K-HUB come kick it.
GP: And Xsjado.
JS: Oh, and big shout out to Intuition Skate Shop! I think they may be supplying DVDs of Master Splinter as well.