ONE Staff / February 23rd, 2015 / Spotlight
Six Days in L.A.: Behind the Scenes with Drew Bachrach 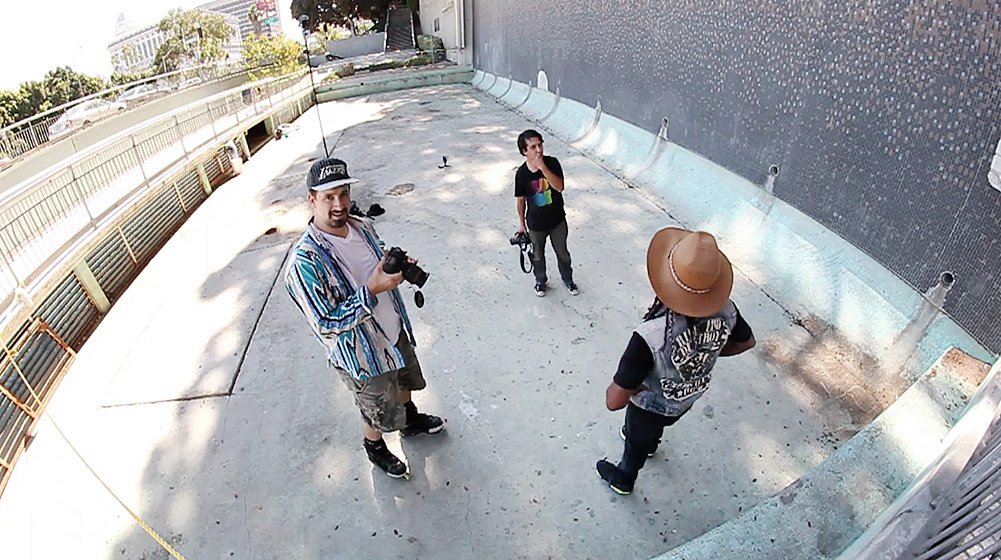 In 2014, when planning the contents and execution of issue #21, we struck upon the idea of creating more than just another print magazine. The newly-minted video on demand market suddenly allowed for a brand-new twist on a formula that Rejects mag had figured out a long time ago — show readers photos in a magazine, then show them clips of those photos in a video. So that’s what we set out to do. Recognizing such aspirations would require talents beyond our own, we enlisted the expert skills of Drew Bachrach to make sense of our hectic vision. And that’s exactly what he did, and we couldn’t be happier with that decision or the final results.

So take a few moments to learn what it was like lugging a bunch of gear, filmers, and Montre Livingston around Los Angeles for six days. Here’s the story as experienced by Drew Bl00d.

Hey Drew, folks are excited to see the mastermind behind Life+ get into the director’s seat and make a new blade edit. What was the last blade media you ran point for?
The last blade related project I worked on was a short film called KOOK (Kookthemovie.com). I shot the film up in Idaho with Erik Bailey. Before that, the last edit I made was for the European DVD Magazine Clip #3. That has to be about five years ago now.

For the noobs out there or anyone with a hazy memory, can you give everyone a quick bibliographic run down on your edits and videos?
My first edit was in the first Battle My Crew. DETROIT STAND UP! After that I was lucky enough to get a job with Daily Bread Magazine to produce their third video Under the Influence. Once I permanently moved to Cali I teamed up with a few friends and made six issues of the LIFE+ series. Somewhere in there I also put together a little known and widely misunderstood video for Six Won Six called In Code. 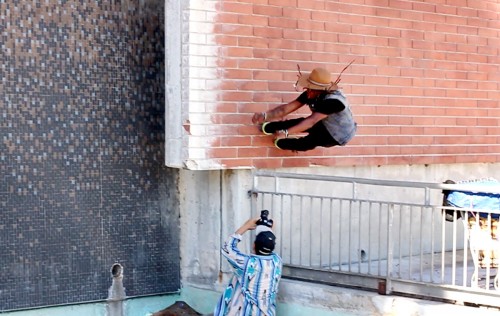 On location in Los Angeles

What about the non-blade stuff you are doing now, and even the TV stuff you did before?
I have been working in the TV/Film industry since ’04. Right now I’m directing and editing full time for clients such as Vice Magazine, Kawasaki and Arkitip Magazine.

How did a talented guy like yourself get roped back into the streets on a mission like this?
Justin from ONE brought up the idea of shooting with Montre and I jumped at the opportunity. 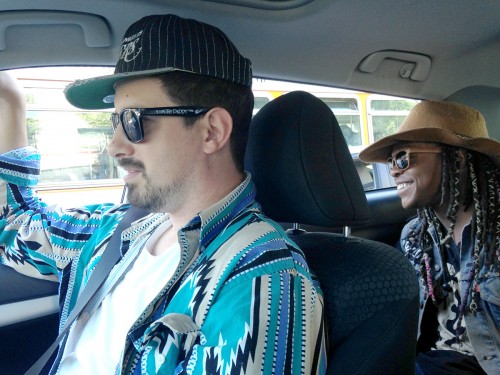 You’re worked with many of blading’s biggest names at the peak of their popularity or at least while their stars were on the rise — who is the best, most professional blader to shoot with? How about the worst?!
That’s a hard one. Every skater has their own filming style. BJ Bernhardt was a beast to film with. When we were working on his part for the Under The Influence, he had this crazy work ethic that made it easy to stack clips. I remember him picking me up and driving all the way from San Diego to San Francisco just to do a big kinked rail. That was pretty astonishing. As for worst, I’ve dealt with a few crybabies, but it’s always good times.

Are there any specific moments during our days shooting for this that stick out? Good or bad? Maybe that first day? That was something!
The days that Wes Driver was shooting photos were pretty epic. Hanging out and bullshitting with that guy about blading brought back a lot of good memories. Wes and I have known each other since the ’90s. I wish I had shot more of his camera set up so everyone could see how crazy it was. He went the extra mile to haul around the medium format camera with the giant fisheye lens. Who else is shooting film these days? 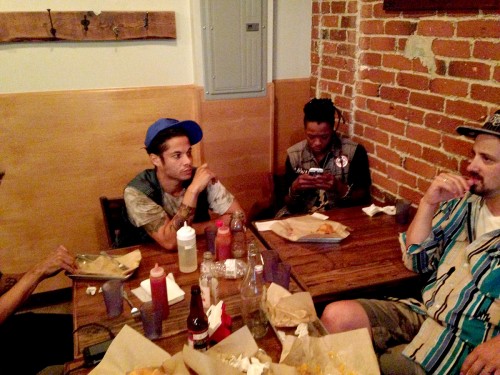 End of a long day

When it comes to making an edit, what’s your approach? What’s the ratio between “what Drew wants” and “what the audience might want”? There’s a lot of talk about that in blading right now so it seems appropriate for you to clue us in on your take.
It’s always good to remember who your audience is while editing, but in the end if it doesn’t satisfy you personally then what’s the point?

You’ve reviewed a lot of videos and now VODs for ONE over the last eight years — what’s your favorite blade video or edit OF ALL TIME?
Jason Marshall in the video Transcend stands out, and I always loved the song selection for Alex Miranda’s part in the Senate video Day of the Rope. 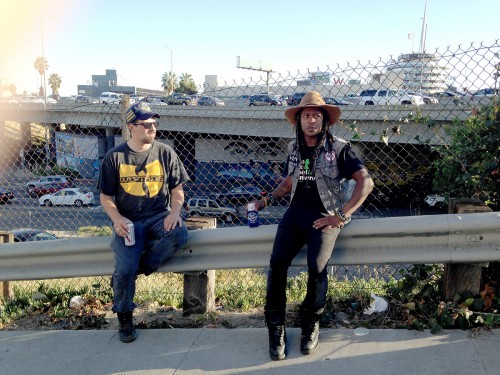 What do you want to see more of in blading?
I’d like to see more personality. A section should showcase who a person is. Tricks aren’t everything.

When is your next session?
Every Monday night in Long Beach

See you around for VOD #2?
Only time will tell.