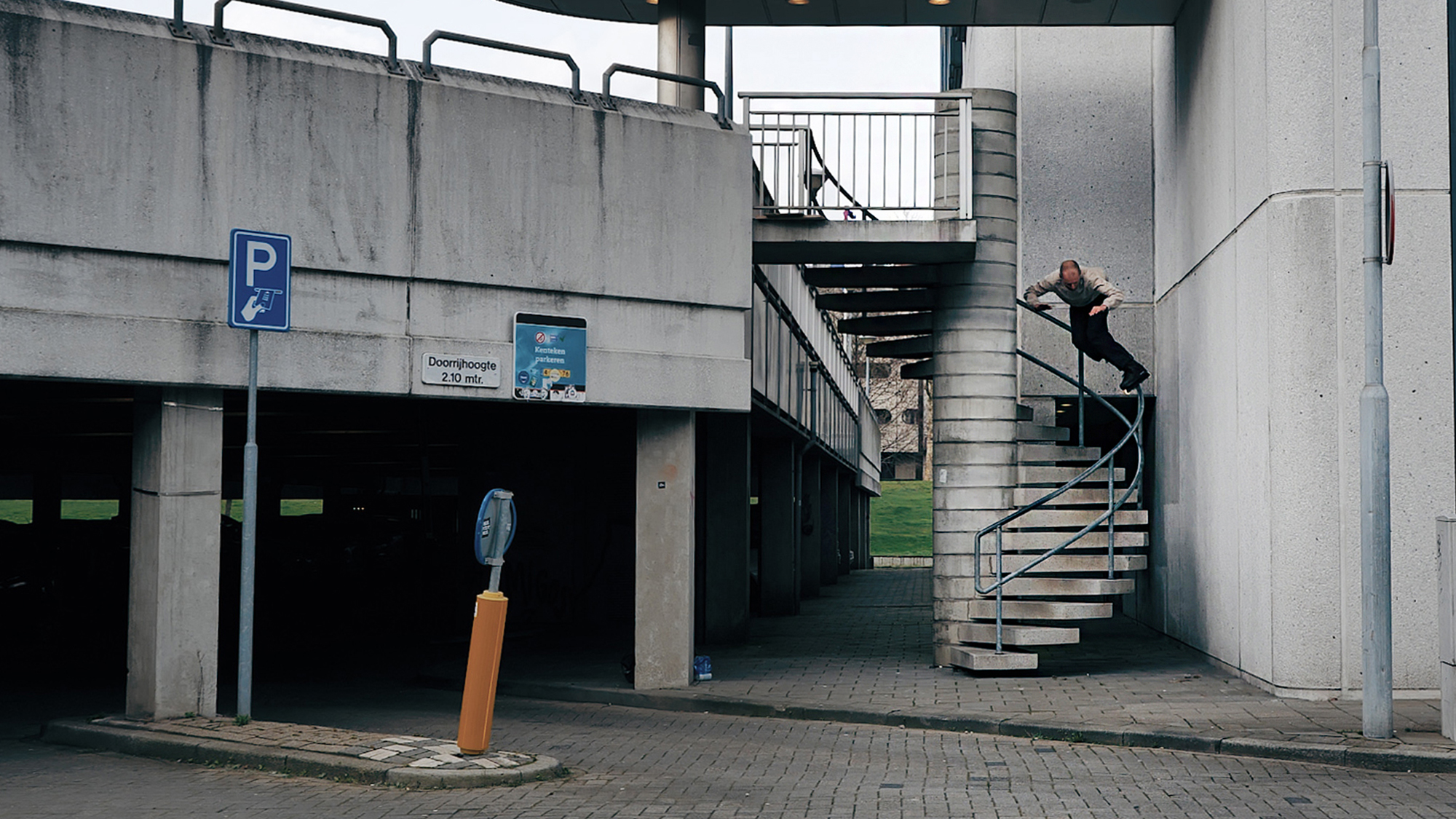 Few bladers have ever demonstrated the longevity that Sven Boekhorst has come to represent in 2022. To hear Sven tell it, he’s been on his “second wind” in the sport since 2004, and his diverse list of skating projects and accomplishments is testament to his dedication and drive. That drive, or rather his hunger, is the focus on his latest three-part project, in which Sven dishes up three servings of his talents for our enjoyment, one across each discipline of vert, street, and park. It’s a remarkable accomplishment for anyone, but especially a rolling legend like Sven. Thankfully Jeff Stanger was able to get some more into about the project from the man himself, so check it out then give each edit a watch. You won’t regret it. 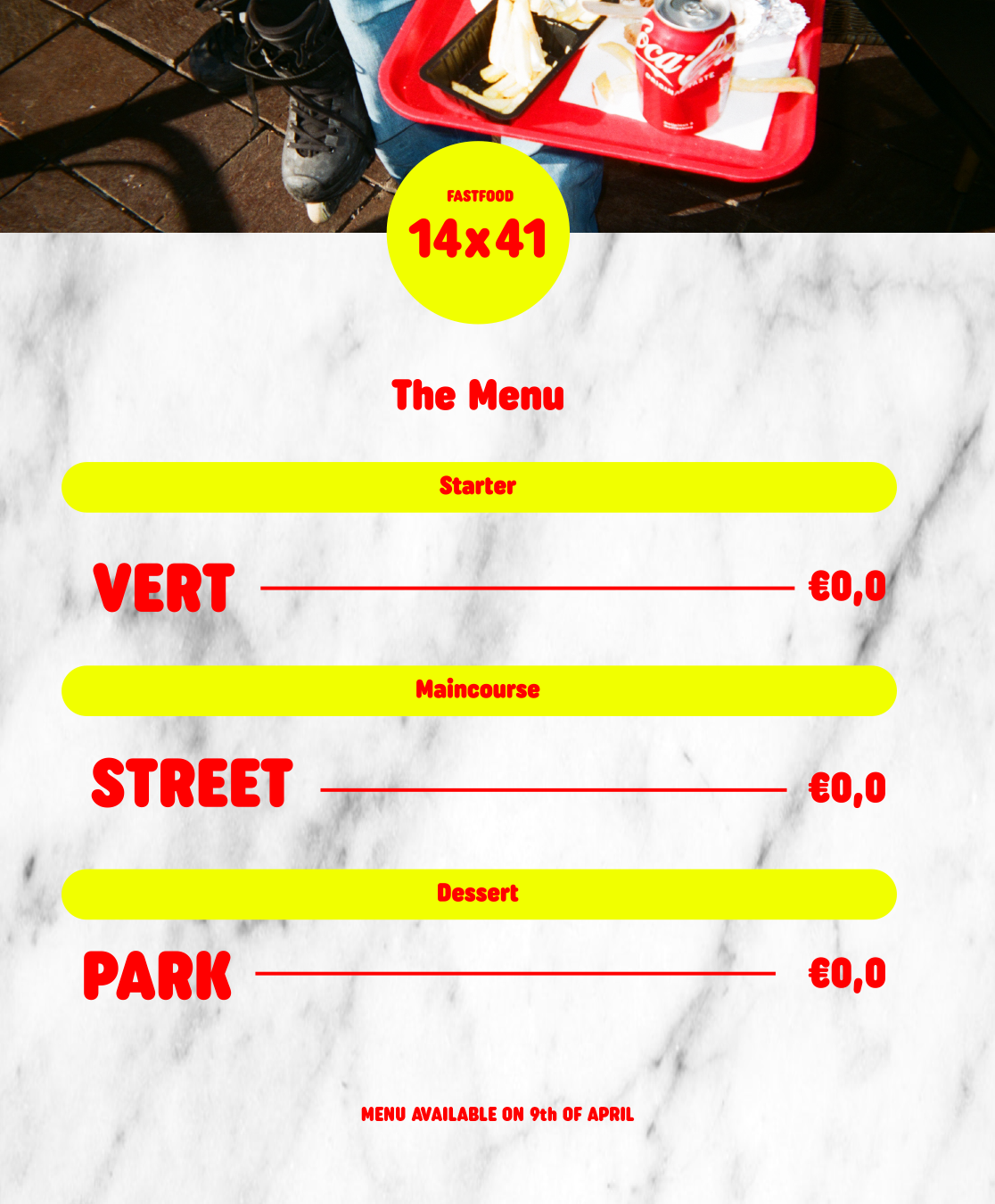 Hi Sven, congrats on the new project! What do you think has kept you in the game longer than any of your counterparts?
Well, I can’t speak for other riders, but as I wanted to keep on skating, traveling, and did not want to “work” :-), I had to make some choices around 2004. That was the year before X-Games dropped inline and the support with Rollerblade was much lower. So, I had to find different ways to still be active in the skating world and be able to pay my bills.

I started my own company, SB Events, and bought my own halfpipe that was able to transform to the Mind the Gap setup. In the beginning the idea was only to do shows with it. Through Redbull I had a few good contacts within the events business. Later we started to organize competitions as well on the Mind the Gap setup, but also organized the Dutch Championships Park and European Championships halfpipe. 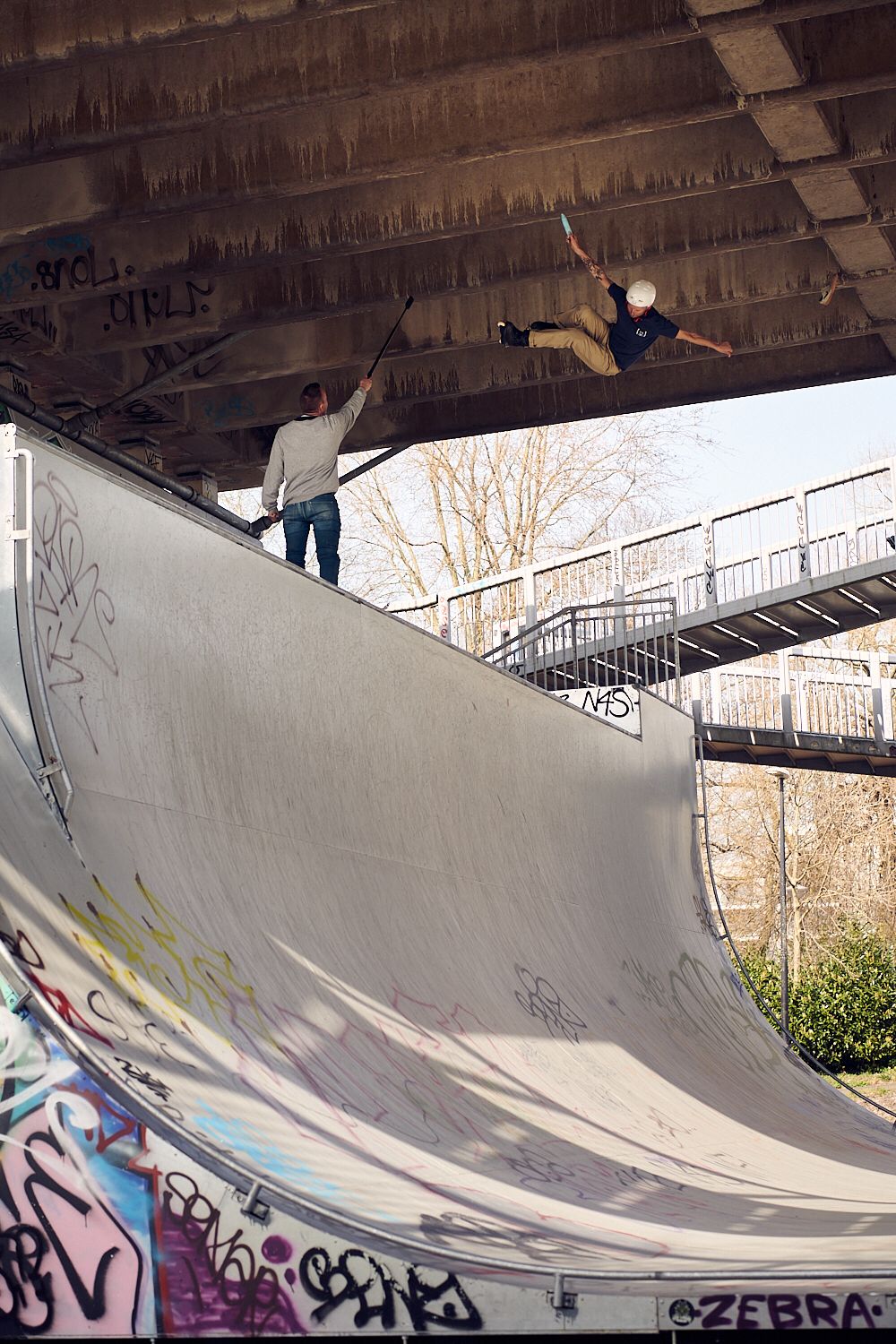 Then I started my own skate school around 2008 and got more involved with Rollerblade on coordinating productions and social media. So somehow I found a way to stay active inside the skating community and never lost the connection with it.

From 2012 until 2015 we shot the Cityhopper Trilogy. When we finished “Cityhopper World” I was around 35 and started to feel different signs of getting older. Real signs, haha. That motivated me to switch to a healthier lifestyle. Stretching, paying attention to what you eat and drink — the basic stuff. But for sure it helps. So, to answer your question, what kept me so long in the game? Never lost the connection with the skating community and try to stay fit. 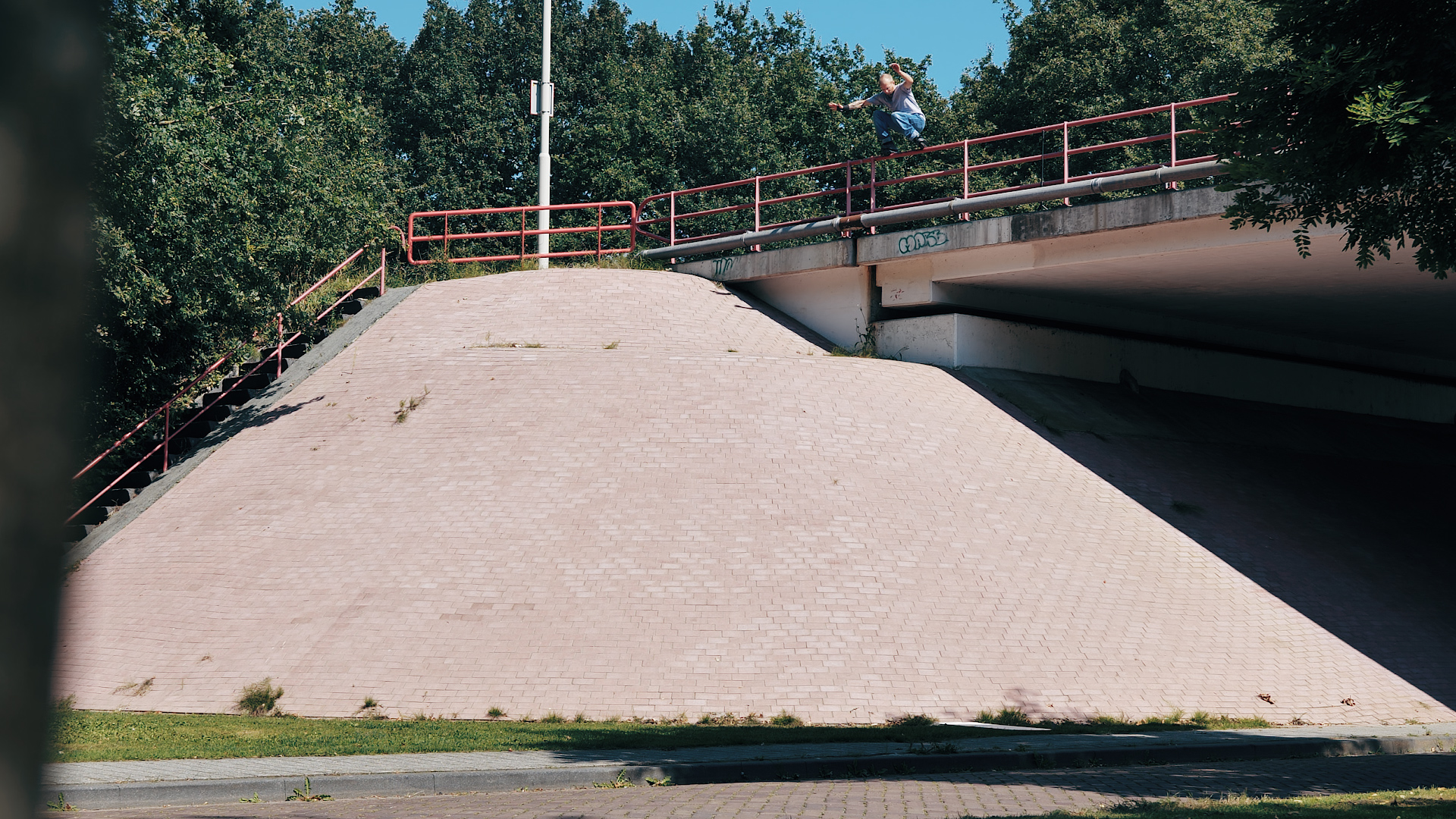 You’re raising funds for youth lessons at Area 51. Where did your relationship with them begin?
Well, I have known the people from Area51 since 2004 and I’ve always had a good relationship with them. But they never really invested much in other sports than skateboarding, like classes or events. For sure they tried a bit, but their core focus was always skateboarding.

Of course there was Winterclash, but this was only one weekend in the whole year, and I was always surprised that this never created a new generation of skaters in Eindhoven. Sure you have the Grindhoven guys, but there’s not really a new younger generation. 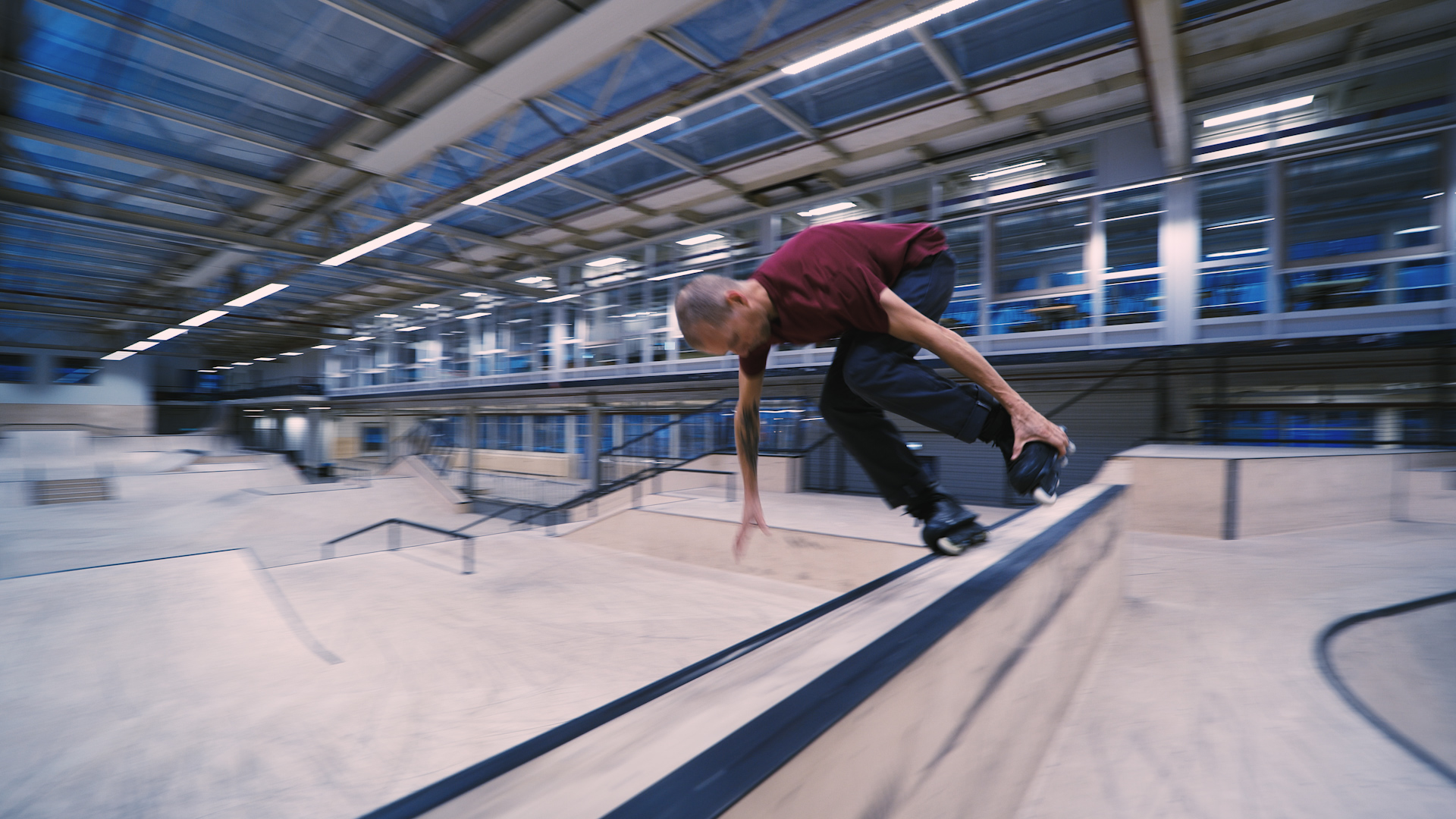 As the whole park got changed also the management changed. And they are more open to other disciplines as well. Which made us think this would be the perfect moment to see if it’s possible to start this new generation. Rollerblade will be supporting the project with rental skates that will be displayed when you get into the park. So all the newcomers or schools visiting the park will see them and have the choice to pick inline skating as well. The money we raise with 14×41 we be invested in a new inline skate teacher that is able to provide free skate classes until the budget is gone. Hopefully by then they have a certain group of kids coming for lessons and are able to ask for a fee. I personally think that the combination of having rental skates and free skate classes is a good mix to get new people into the sport. The 14×41 budget is meant as a kickstarter, so we will see how it works out and if people will leave a tip. 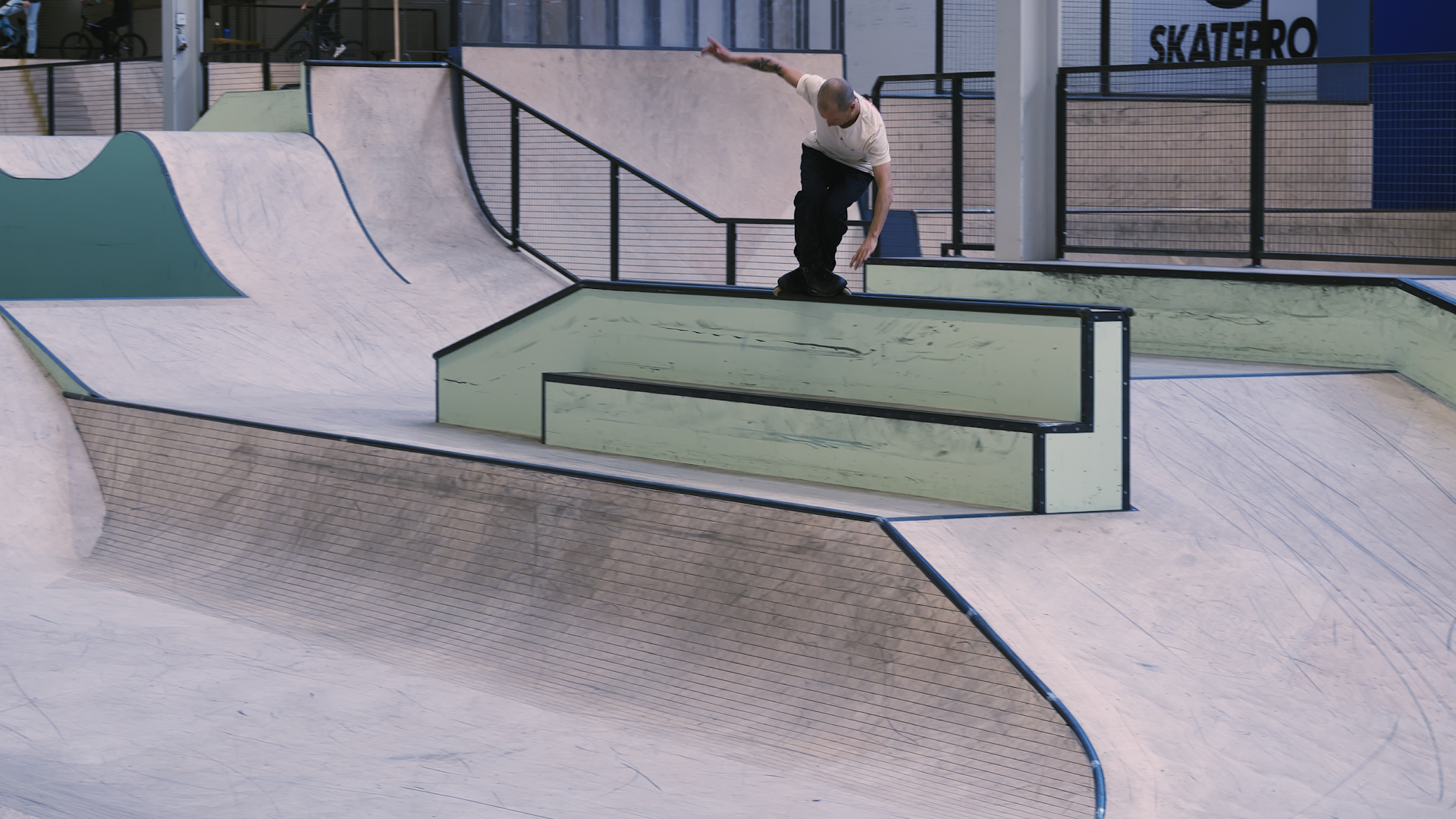 What are you serving up for us on April 9th?
We are serving a 3-course video meal. The starter is Vert, the Maincourse is Street, and Dessert is Park. The Vert part is all shot on the brand new 16m width G Ramps under the famous bridge in Amsterdam. It was quite a challenge to get back into vert riding. You need to be constantly focussed as it goes so fast, and during the first three sessions my legs were dead after 15 minutes of riding.

The Street part was shot all over the Netherlands. I had a list of spots I wanted to do for “Plastic Pusher 2,” but as we got closer to the premiere Cavin had enough tricks of me and had to focus to finish the profiles of some others. But I was not done yet with my list and still hyped. Summer has just started so I called Niels Groenendijk and we filmed two pretty big tricks in one day. After the session we discussed that it would be a shame to just drop those clips raw online. That’s how it all started. 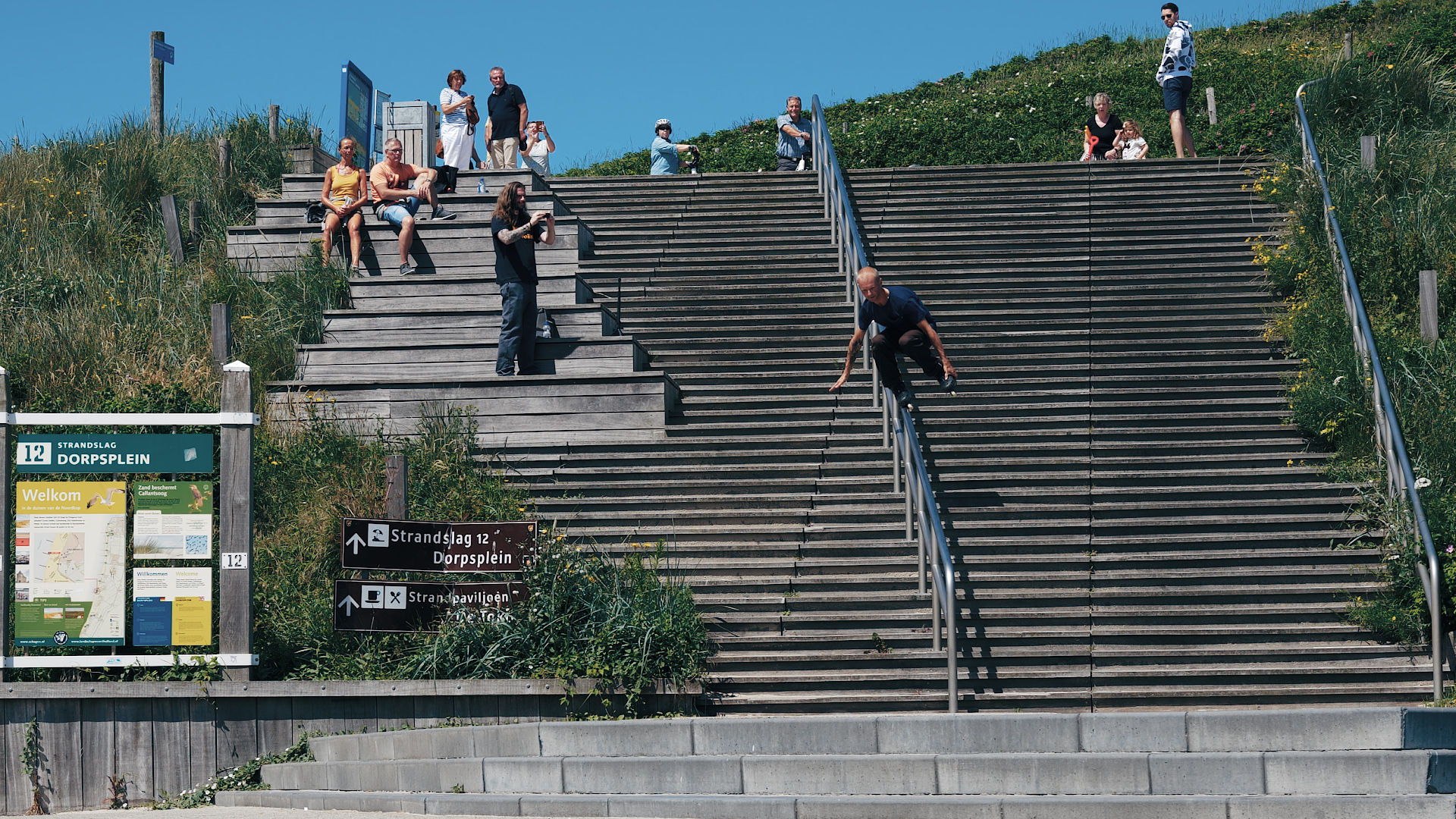 We began to search online for new spots and we managed to find some pretty good ones. At that moment we did not have a name or concept, we just started filming more and more, and slowly pieces fell together. For the Park section, we picked Area51 as it’s completely new and not many people have seen it yet. Then for the website and text, Randy Abels and Dick Heerkens joined Niels and me to make it a full story. 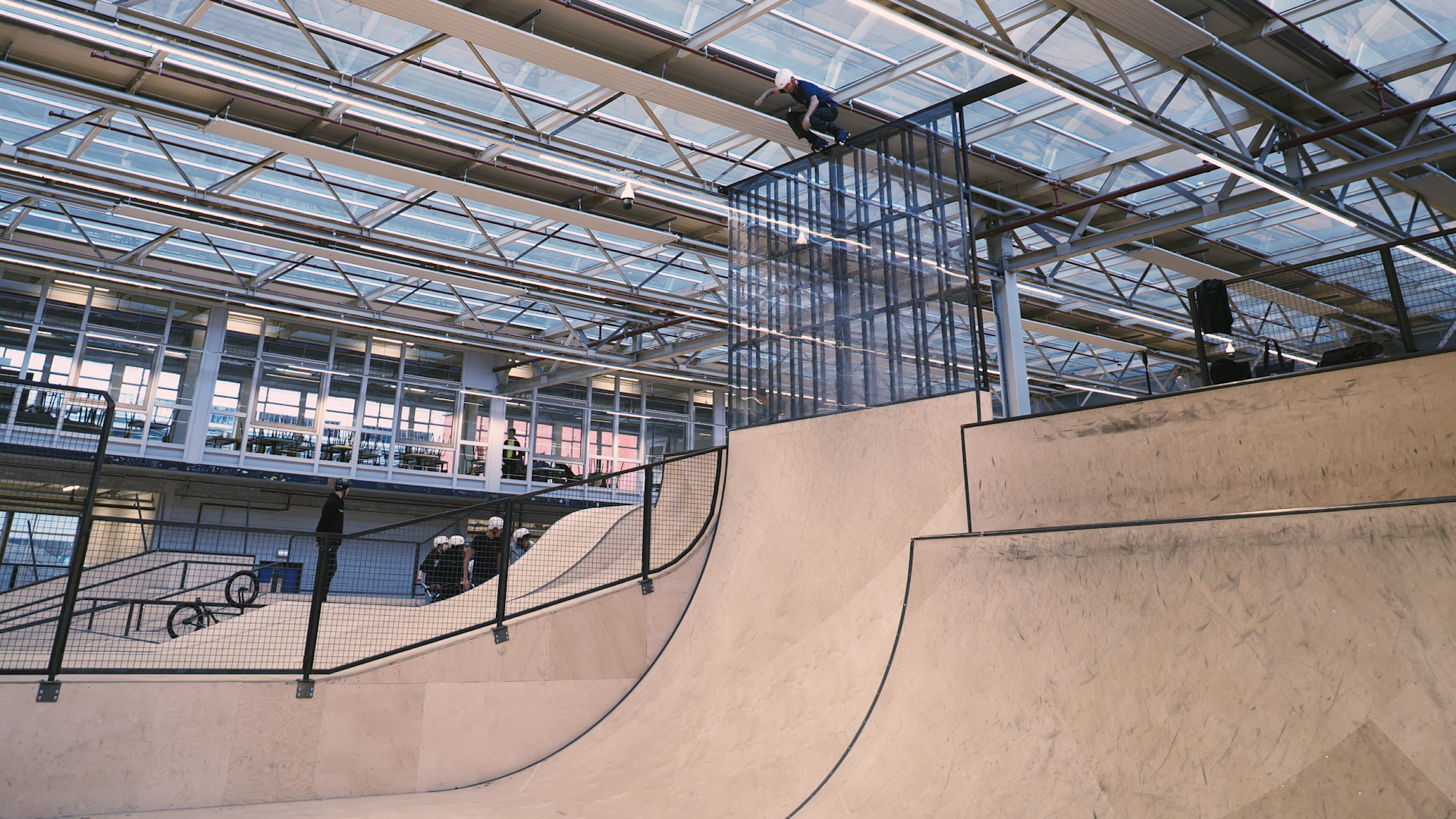 What’s next?
First stop will be London, West End for two week. Where I will be performing in a theater show. Something completely different, haha… They have four quarter pipes on wheels and we are able to build different setups with it. More info: sadlerswells.com

The premiere is Wednesday April 13th.

Later this year I would like to film a video part abroad and go to the Blading Cup in November. Let’s see!