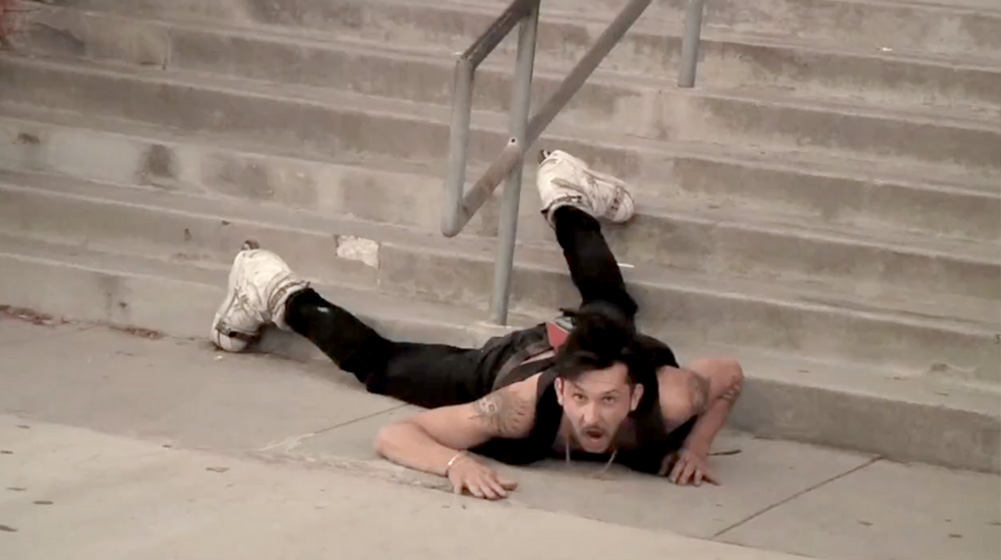 Paul John, we know you’re busy with all your film projects and stuff so thanks for taking the time to speak with us.

Okay, it’s just about the one-year anniversary of the Xsjado video, and recently it has been released online, section by section — which means there’s no reason for anyone not to have seen it. It seemed like a good time to dive into some details about bringing the project to life. But let’s start at the beginning — when did you become in charge or the project, and what/who had been working on it prior to that time?
[Brandon] Negrete was supposed to do the video originally. Soon as I moved to LA he ended up quitting the project for personal reasons. I was the only one left at the time capable I guess. Farm and JC asked me to do it.

In hindsight, what thoughts come to mind regarding how things could have been different?
Nothing! Everyone did a really great job skating and filming for this video. It was a blast.

When you stepped into your eventual role, how did you take ownership and create a vision that you had in mind?
Well, all my videos are the same in some kind of way. That’s anyone that believes in what they do, style- and concept- wise. The vision really came from all of us though. The team had various group meetings throughout the development.

What was the first trip you made for the production?
First trip was to Barcelona. 30 days with the team. An unbelievable experience. A lot of skating.

During this time, what role (if any) did politics and whatnot inside of Xsjado influence any decisions?
Boss man at Xsjado is one of the best I’ve worked with. He influences us to do what we want, and produce things how we see them. He’s a team player and we all would not be able to do what we do without him.

Without going nuts and drilling way down in to things, I’m gonna list the sections and it’d be cool if you could scribble in some thoughts/notes that come to mind. If we need to follow up on them, we will.

Thanks to Sayer for pulling that Red Epic. Came out crispy.

Skating his own way. GET BUCK. The homie.

Rother put in work FOR REAL. Melehan — FOR A SECOND OR TWO! Sean Sea, DAG. He had a few of my favorite clips in this section. Also drove me around and filmed a lot of shit. THE HOMIE.

Dag let me get sumthin!

Many rivers to cross. Can’t believe what he did for his ender.

DAS IT! A great pleasure working/ skating with him. Swag man.

Of all those, which would you say is your personal favorite, or one that you’ve watched over and over?
Farm-town’s my favorite part. It was the first section I edited.

Anything you’d do differently?
…in time.

How about scoring the thing? How did it work out picking music and stuff?
It worked out. Music is the most important thing about a skate video. Don’t use something cause you have to, there are no rules in blading. Use what you think is best.

What sort of final approval did the bladers have over their own sections?
Everyone had to approve their parts, that’s part of the process. You will always get a couple dudes who don’t like something they do, so we cut or don’t like a song, so we switch. Basic skating section development.

Do you know much about how the video sold? And what was your take on the overall response from bladers?
Three 500g hard drives filled with footage turned into a full-length DVD The overall response was huge. Three premieres, sold out DVDs, and the first Xsjado team video in the barrel. Everyone was happy.

What’s a story you haven’t shared yet in this piece but should get out there for people to know? I’m sure there’s some random something that adds to the legend of this flick.
Spain was the most epic. Negrete had me laughing constantly. I remember him getting up every day and we would just jump right into the jokes, then go skate. He filmed about 70% of the vid. Such a pleasure working with him. We would joke a lot about the doner spots, and the dudes who creep up in Catalonia and sell you beers. Richie Eisler showed us around and a lot of interesting things happened. Plane ride wasn’t bad either, on the way there and back me and Farm took full advantage of the wine specials.

What is your main takeaway from working on this?
This project took about two years to film and edit. The only take away is not being able to do it all over again. 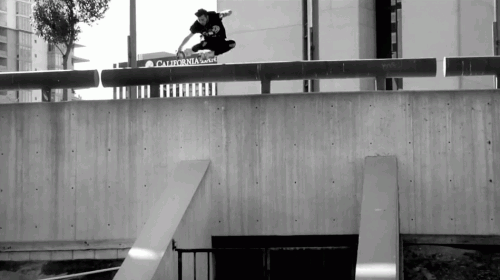 Think you’ll ever make another blade film?
Yeah, I think I will. Some day.

Well thanks for all your time and attention, PJ. Keep on doing your thing 100% — we know you will.
Thanks, Justin.