Written by ONE Staff - Published on Tuesday, April 4th, 2017

Sometime in the past year or year and a half, a new player entered the world of street skating hardgoods. Hailing from France (though not much info has been available until now), Trigger Skates came out of nowhere and quickly assembled a team of recognized European powerhouse bladers to support the brand-new, complete skate they’d just released into the world. That’s right. A brand-new company you maybe have never heard of — even today — is out there making a complete skate without any large, established blade manufacturer backing. The brainchild of blade-lifer Xavier Raimbault, Trigger is a passion project turned real. With his years behind the scenes at Nomadeshop in France, a long-term strategy of investing in his company, and the likes of Adrien Anne, Michel Prado, Beat Schillmeier and Julien Cudot, Trigger is one to watch. Which you can do now in their latest team edit, just dropped TODAY.

Xavier, pretend we don’t know a goddamn thing about Trigger skates — give us the story. Who all is behind the brand? And how did you decide to take the leap and start a skate company?!
Okay, I’ve never answered these types of questions because I preferred to push the more so than myself… but maybe now is the time to explain the brand more officially.

After five years behind the aggressive skate segment of Nomadeshop I decided to do a brand by myself. During those five years I was at school part-time for three years and full-time for two.

When I was younger, I wanted to work in rollerblading, so at around 14 years old I decided to focus on classes that would help me run my own shop one day. But at Nomadeshop the boss trusted me. He allowed me to do a good job and I’m very happy with the experience and all the work we did together, like create a strong team of riders, organize severals tours in Europe, and support our local scene.

Then, near the end of 2010, I decided to stop working at Nomades and try to create my own brand of aggressive skates. I spent two years designing the skate, finding a good manufacturer and securing a loan. Since I had no money of my own, I was lucky that two friends believed in my vision and fronted me about 20000 €. With that I was able to secure another state-backed loan of 30000 €, and that money allowed me to buy molds, a short production run of 500 pairs of skates, set up the website, and all the others fees associated with starting a business in France.

At this point it took about six months for the factory to get the molds ready, then two more years to fix all the problems and put the best possible skate into production.

A year ago in 2016, after the skates had landed in shops, Nomadeshop asked me to work at the shop again to take over for Franck Trozzo who had decided to focus on his directing career.

So now I work at the shop again and that’s helping me pay back my loan for Trigger even faster. 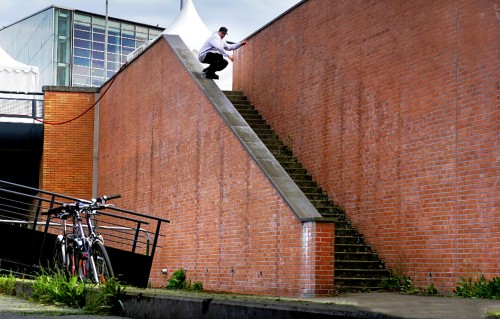 Interesting. My first thought when I saw a rough photo of the skate was that this was branded off-shoot from an existing manufacturer. Like how Roces has Valo. So that’s not the case?
Nope. There is no other brand behind Trigger.

Tell us about the skate — go through the details that are key to understanding the Trigger experience.
For the skate, because I’d already ridden just about every brand or style of skate during more than 10 years of blading, I had my own idea of what could be the perfect skate. And that is what I started to design. I’m pretty happy of what we did though I know we can do more to improve the skate.

This is what we have been working on for our next production.

The carbon technology was the best way to do a skate, but I wanted to offer a free-carbon concept to offer the best blend of low weight, volume, precision and reaction as possible at the best price, especially when compared to a real carbon shell.

But it turned out most of the carbon skates were not strong enough. So we made some changes I prefer, like including a soul frame for more focus on hammer tricks instead of technicality, with a higher cuff for more support. Our cuff is adjustable — you can cut out material to fine-tune the v-cut. With the frame I wanted to present a freestyle frame with an anti-rocker design. This removed the screws and reduced the weight while keeping the best design for street riders.

How did the R&D process go? Wanna talk at all about who was skating them, and what things evolved while preparing the skate from idea to finished product?
The R&D part was the most difficult part, mainly because the process is very long. The plant is on the other side of the planet and my limited funding did not allow me to make as many returns to control the work as I would have wanted. We spent almost three years corresponding by emails, with the factory sending me a lot of samples so that I could perfect our skate.

Making a skate company can’t be easy! What are some highs and lows you guys have encountered during your journey?
Doing that was not easy, right! And I thank all those who have given me their support. Without them, nothing would have been possible. All days are different, each brings its own difficulties and joys. 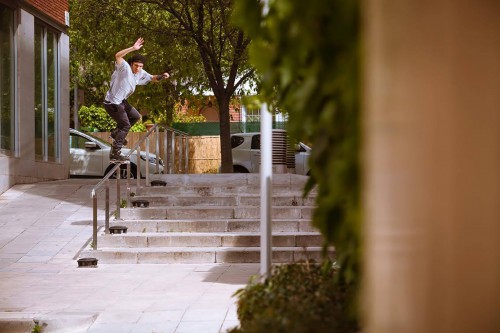 So who all is repping your boots right now? How do you go about linking up with people — what do you look for?
We have four pro riders on our team: Adrien Anne, Julien Cudot, Beat Schillmeier and Michel Prado. And we have many good riders in different countries that skate strong and represent Trigger. We are a small company but everybody involved believes that we will grow fast to be able to support the riders and the street community more overall.

When should the community expect a second model? Or an updated soul plate or cuff or skin? Give us some hints on what’s coming next.
Our next pro model, Michel Prado, is ready for this summer. We’ve improved the boot and liner for more padding and comfort. The skates will be in black leather with parts in white, and all parts will be available separately.

Your Facebook ABOUT page mentions street skating and your team is all based around that. But right now free skating seems to be on the rise globally — any plans to target that audience?
Yes, free skating is a bigger market than street for sure, but putting money into production for free skates means I’m spending time to create the skates and sell them. I’d like to do that in the future, but for now I would like to spend my energy improving our skate and offering more to the street community.

Speaking of blading in general, any opinions or thoughts to offer on the trends that have defined our community for the past few years, or observations of the state of affairs currently?
I could talk about it for hours but all that would remain my personal point of view and not that of the brand that we represent, since I think of the brand as all those involved in supporting it. 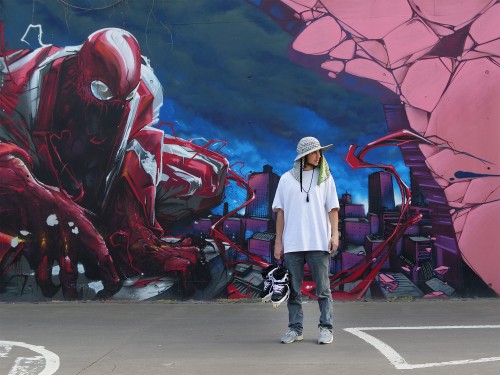 Looking around online it seems like most of your sponsorship and grassroots efforts have focused on Europe —any plans to do more to hit the North American markets? To that point, where do you see the largest opportunities for growth?
Yes, our influence is mainly European, but I think it was something natural because for the most part we all live in France. In the future we look forward to supporting rollerblading around the world.

Personally, who are your inspirations as industry leaders and pioneers? Is there a “blade business model” you look to as worthy of duplicating?
Yes, I think Razors, Valo, USD did the best job in the past 15 years, and each with its own direction. The world is changing fast and everyone is trying to adjust and evolve. We try to be inspired by all the good ideas from everyone while trying to be as intelligent as possible, so we can make the best use of our resources. Along those lines, I think Adapt does something completely different and original by making their skates in Europe. 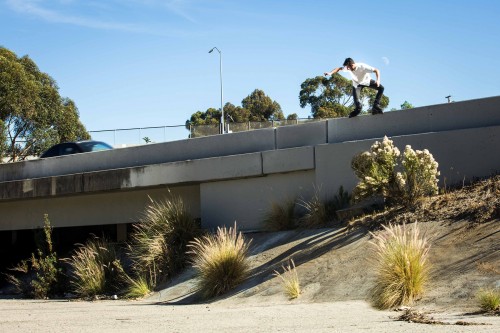 On that note, tell us what’s next for the team and the brand in 2017.
There’s a tour in the works this summer for the riders. The goal is to support them and share their clips with the community. For our first pro team edit that you’re seeing now, we were able to kick in about 800 € to our riders for their new clips. I’m really proud of that!

On behalf of all the riders of the company I would like to thank all our customers for their support. Your involvement has allowed us to offer you this edit and inspires all our daily work.

Well thanks, Xavier. We’re glad to know more about Trigger and look forward to everything you guys have planned. Keep us in the loop!