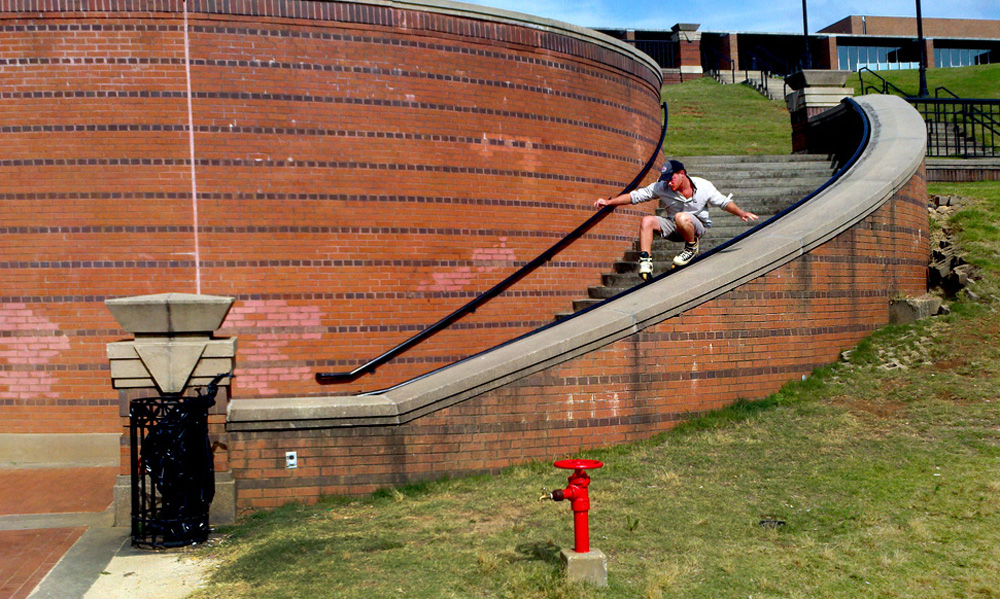 According to an email we received Wednesday, Ricky hadn’t bladed for 10 years until discovering ONE online… on Tuesday.

Years Blading: 17 minus the hiatus

Favorite Tricks: Anything with soul.

Best Blade Memory: Getting to meet Jon Julio, Randy Spizer, Chris Edwards, and skating with B Hardin on a mini ramp at a comp in Orlando. Getting to skate with Dave Kollasch at a park when Senate came to Atlanta. The summer three friends and I built a mini ramp at my house (5′ x 25′) with a hip on one side. Took us all summer.

Most Prized Piece of Blade Memorabilia: Functional Fifth Elements and some medals from local Atlanta comps.

Here’s the email we received from Ricky:

I stumbled across your magazine yesterday and it inspired me to break out my old Fifth Element skates for the first time in 10 years. I live in Columbus, GA, and went down to one of my favorite rails at the river walk and after a few attempts I was right back at it. I just wanted to say thanks for the inspiration…

The old picture is me at 14 souling the rail at the river walk, and the newer pics are me yesterday, at 27, hitting up the same rail.

I was up late two days ago and something just hit me about skating, so started searching around online, looking for Daily Bread issues to read on my tablet, but didn’t find anything. Instead I came across a forum where someone posted that the scene is now at ONE Magazine. Then I found your site, downloaded some of the PDF versions with issues interviewing B Hardin, Rene, and Julio, and was like damn, this is tight. After reading through them I had to go skate the next day at my old favorite spot, and when I got there I was like go big or go home. I bet I hit that rail 15 times that day. It was the most fun I’ve had in awhile. Definitely getting back in it, already watched “Valo4life.”

What’s up, ONEblademag. I just wanted to send in an update to let you know I’m still skating. I picked up a couple pairs of Valos (Denims and Lights) and retired the Fifth Elements. I love it; don’t know why I ever stopped. 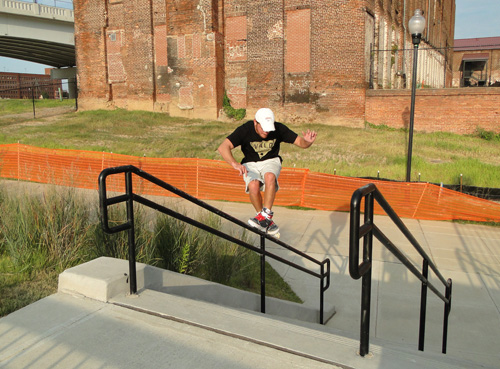 NICE homie, I got family out there in Columbus and I skated the park next the civic center