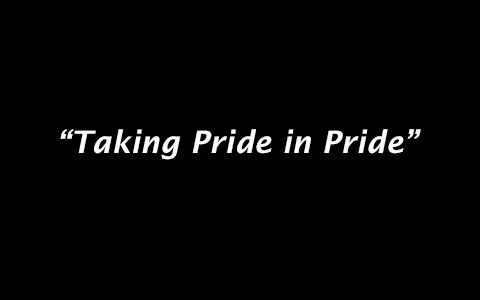 The Rounds is a space for ONE contributors to discuss a specific topic, event, or controversy related to the blade scene. Please feel free to add your voice to the conversation in the comments below.

Anika Winkler (she/her) is a transgender individual that identifies as female. Originally from Pennsylvania, she’s lived in Oregon for the past decade and returned to blading in 2020.

Mikayla Petroski (she/her) is a transgender, 37 year old woman that has been skating “recreationally” off and on since 1995. She started skating “aggressively” in 2005. Originally from Indiana, but has lived in Florida since 1997.

Emmett Pope (he/him) is a 36 year old black, gay man from Louisville, KY. He’s been skating for 20+ years and is a founding member of BSU (Black Skaters United). Emmett was also awarded the title of Mr Kentucky Leather in 2018.

Doug Williams: Let’s start with the use of Pride as a selling point and how companies and media platforms in the industry can do better in this category. I know we aren’t coming up with a master plan, but I’d like to hear how y’all feel about where we are in skating in our representation of Pride and where it should go?

Anika Winkler: LGBT folks are on the forefront when it comes to advertising (or referred) to when allocating funds to organizations that have experience prioritizing the needs of the community. But when it comes to things as simple as hiring LGBTQ+ models, or asking us to lead the design aspects, I think these things are overlooked.

Emmett Pope: I feel like the representation in the industry is headed in the right direction and that we are ahead of other action sports as far as acceptance. We’re just now getting to a point where we have well known LQBTQ+ pros. It’s an exciting time.

Mikayla Petroski: I don’t think the industry should use Pride as a “selling point.” I think as Anika said, reach out for our feedback on things. And include queer folk in marketing. Employ or ambassador with us. Same with People of Color (POC). Our industry isn’t that small when you think about it. Major companies (Rollerblade, Powerslide, etc.) sell much more product outside of the aggro community. 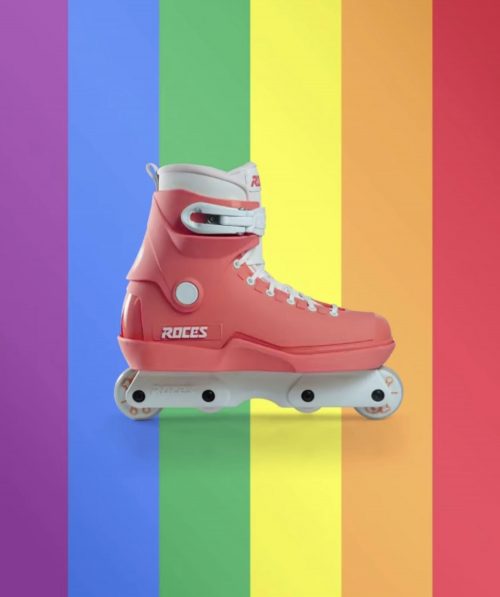 DW: I observed that a lot outside of our industry this year during Pride, but I think companies need transparency when it comes to a month involving representation of groups of people. What they are doing, what charities receive what, so we can see the paper trail. It’s only fair as consumers we see where our money is going, especially those of us who like to see what we are supporting. Companies have done it in blading, definitely in the last year.

EP: I haven’t got that vibe from any companies just yet. But capitalism will do as capitalism does and we can end up there very quickly if boundaries are not set early on.

The only companies in our industry actually giving to charity, and doing community things, are small. Them Skates is the biggest one doing anything charitable, anything else charitable comes from our startups. Kennan was selling the “black history is rolling along” shirt to buy the Ghana rollerball team their jerseys.

DW: Yes, and I am glad I supported both, because campaigns and donations like that are what we need to continue to do, especially larger companies that can do more especially with skates sales being up, and selling out left and right.

DW: How have the last 6 years been for you? We honestly have only had marriage equality that long. So, if not in skating, then just growth in general as a person. Also has skating been something that helped you during these years?

MP: It’s been rough for me, transitioning, divorce, moving, changing jobs. Skating has been a huge focal point for me, and I’m extremely proud with it being that focal point, I’ve reached “best I’ve ever been” personally. And honestly, thankfully (even though we aren’t all the way there yet) universities, and larger entities have maintained and established employment equality policies. Changing jobs gave me the confidence that I could transition without fear of losing employment.

Also, working at a university means people are much more open minded than if I was employed at, say, a local independently owned manufacturing facility.

DW: Thank you for sharing that, Mikayla. I’m glad to see you doing better, life can be rough, but having a good support system and an outlet helps for sure.

AW: It’s been a crazy past several years. Similar to Mikayla’s experience, I too went through major life changes. I went from running a small market garden, to getting divorced, to transitioning, to being homeless. We all had to endure the challenges of the prior administration, from blatant bigotry and more specific laws put in place to prevent trans folks from using the safest bathroom for them, and more recently kids even barred from competing in school sports programs. I was fortunate to live in a progressive state with anti-discrimination policies that allowed me to transition medically. That’s not to say overcoming things like employment and housing stability has gotten much easier. I realize everyone has to work their hardest to provide for themselves these days, it’s just been my experience even living in a progressive state, these are huge hurdles to jump as a trans person. I solely relied on music production as a coping mechanism, which led to DJing and building a community within. Once COVID hit, it’s like the whole spark to create fell to an all-time low. At the time I was working as a caregiver in an adult foster home and we had state mandated regulations that cut off all activities, in and out of the home. Going stir crazy, and binge watching every show from the ‘90s to now, I had to find an outlet. I was finally free from any hindrance of recovering from major surgery and needed to get out! I got a pair of skates and went to town on building different DIY grind boxes/p-rails. This was the turning point for my mental health moving in a really positive direction. As things started opening back up, I started hitting the local skateparks. Being the lone blader, I went to social media to find a community and create fb groups to get locals out to session. When another major life change hit a couple months ago, I had to scramble to find a safe place to go and ways to cope. It was because of the connections I made in music that I had a place to land, and because of rollerblading that I was able to keep my head up and keep sharing my story.

EP: The last 6 years have been a roller coaster and rollerblading has helped me every step of the way. Quitting a job that was destroying my already declining mental health due to PTSD, finally getting therapy, winning a leather contest, and competing in an international leather contest, all while finally making the decision to be 100% me in every aspect of my life. Rollerblading is one of the only reasons I made it through my darkest times.

MP: Quitting that job and finding successes must have felt quite empowering!

EP: Yes, thank you. Also, finding that success for me was never going to come from a job.

AW: I can just feel your confidence in your words, it’s clear you’re in a much better headspace!
That’s awesome.

DW: [In the last 8 years] I got divorced, and went from sober to alcoholic. My mental health declined to a very dark point. Honestly, I’m happy to be here right now. I entered a toxic relationship and almost lost it during 2016, and that’s before the election. I was ending a relationship with one partner mentally while trying to have one with my current partner. I finally hit a breaking point, and stopped drinking alcohol and haven’t turned back since. I got married to my current partner on September 20, 2020. I’ll be sober 4 years this December. I can say therapy, sobriety, and skating saved my life. The support system we have from our fellow skaters is great, and I’m glad to be able to help others get away from the pressures of drinking if need be.

MP: Have fun, the community is pretty good. It’s much more welcoming than you’d think, but it’s not as affirming as you’d want. Don’t be afraid to blaze a trail, and we (queer bladers) exist and we want you here. 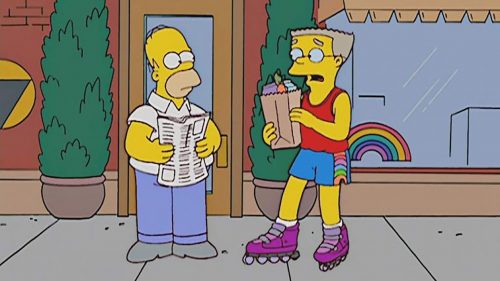 AW: If I can just second what Mikayla said, we ARE out here! Upon re-entering the blade scene it was super reassuring to see there was a presence, as an adult. I can only imaging how a kid might feel. One more reason to feel accepted and dive in headfirst.

EP: There are many of us out there and so many allies within the community. Never be afraid to be you.

MP: If I may… I saw a comment under the BeMag IG pride article post, about the LGBTQ+ community being the least inclusive or something. Bullshit. Something I notice that’s extremely positive is I see queer bladers building their own queer skate community, with queer skateboarders, and quad skaters. There’s always that. Get your queer friends skating with you. That’s good for the blade community, just as much as it’s good for the queer community.

DW: I can say that I grew up in a very homophobic environment, not my home, but the folks around me, and I’m happy to be on the other side of that. I got into the rave scene in high school and went to lots of parties and the community there helped me be more open. I can say that people can grow and evolve, none of us know where or what we will be in a few years, so enjoy your life, and be more accepting to those around you, because you never know what that person is experiencing. I would like the youth to know that rollerblading as a community is working on being better, there’s people doing the work to try to make change. We can do better together, if we can be more open to having conversations instead of making assumptions.

Any last words for those reading?

MP:  I just want to shout out all my transbladies! love you! Can’t wait to actually meet and skate! My local crew, all the friends I’ve made in this community, Ali @thepickleshreds, who has become quite a good friend of mine over the last year. ONE for hosting this dialog. Thanks everyone in this panel for being awesome and loving, and to Doug for moderating! Great job. Much love!

MP: Great words to live by!

DW: I just like to thank everyone for being a part of this, Jeff Stanger and the folks at ONE Magazine for the opportunity to do this. To all the people who are part of the BSU Community, all the homies involved in US. Dead Wheels for keeping me rolling, Tim Adams for being strong at a time when a community needed it, and Rollerblading for saving my life. Love y’all.