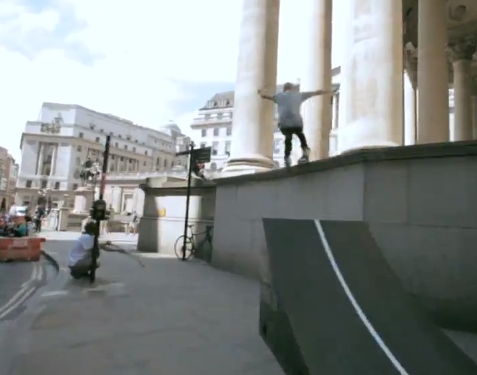 “The last year the team of enthusiasts, rollerbladers and friends worked on this rewarding video project. It al started in 2012 with Cityhopper Netherlands. Cityhopper Europe takes it up a notch; the team travelled through Europe and visited some of the most influential and cultural capitols with the signature jumpramp. Showcasing the cities environment from a new perspective; a rollerbladers view. Professional athlete Sven Boekhorst is captured in his natural habitat, skating the streets and using this as his playground. Producer SB Events, who teamed up with Rollerblade, presents a unique road trip though Europe when visiting cities as: Brussels, Barcelona, London, Paris and Berlin. The real deal dropping: February 22nd on http://cityhopper.nu/”