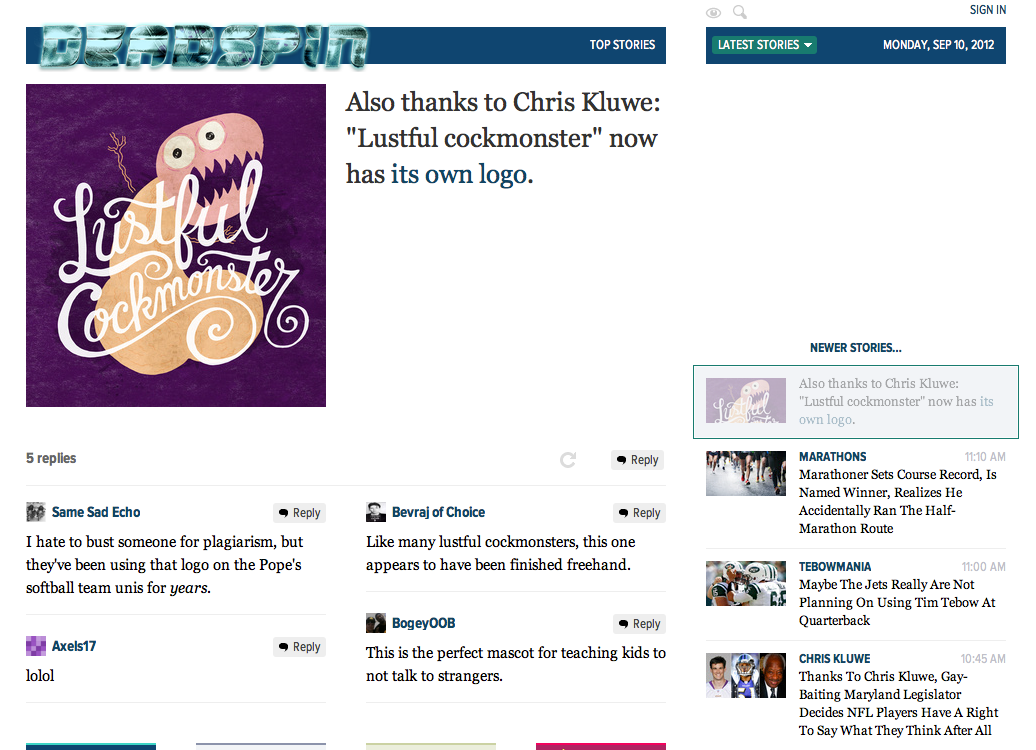 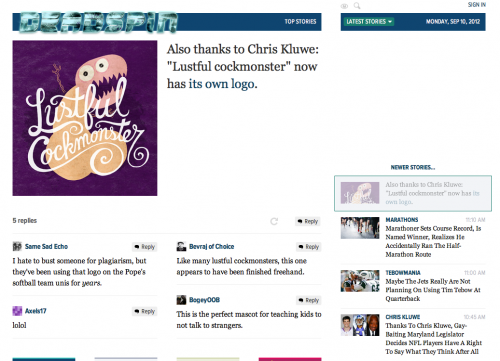 Chris Piascik owns blade clothing brand Print Brigade (with Jamie Murrett) and recently has set sail on a successful illustration career. He just posted a book cover he designed for the Harvard Business Review. So we’re really happy for him! But Chris also does a drawing every day, and over the weekend he made this piece. Here’s the story (taken from his website):

“This drawing was inspired by some professional football players standing up in support of gay marriage — I didn’t see this coming. Baltimore Ravens linebacker Brendon Ayanbadejo spoke out in support of a Maryland ballot initiative that would legalize gay marriage. Maryland state delegate Emmett C. Burns Jr. wrote to the Ravens owner asking him to “inhibit such expressions from your employee.” Minnesota Vikings punter Chris Kluwe was angered by this attempt to suppress freedom of speech as well as frustrated with the fact that it’s even a debate as to whether same-sex couples can get married. His frustration led him to write a rather epic letter to the politician (you can read it here).”