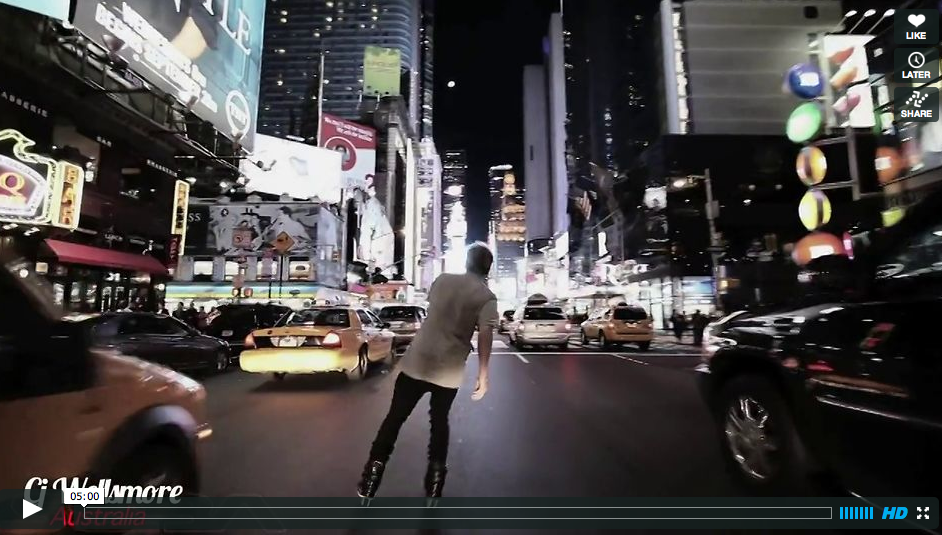 “After few days in Paris and few days in Moscow, here we go to NYC ! (CJ Wellsmore, Miriam & myself (Anthony Finocchiaro )

We went there for 3 reasons, the first one was the New York Battle (B.Oneil invitational), the second was to make some pictures in this awesome city and the third one was to test the latest prototypes of CJ promodel street skates. It was a long time since I came here, and I was still amazed by the city which never sleeps. CJ is not a “Broadway movie star”, but as soon as we started walking in the main streets, we were approached by a guy “Hey ! CJ Wellsmore !!??” and this happened few times during our trip ! Weird !”